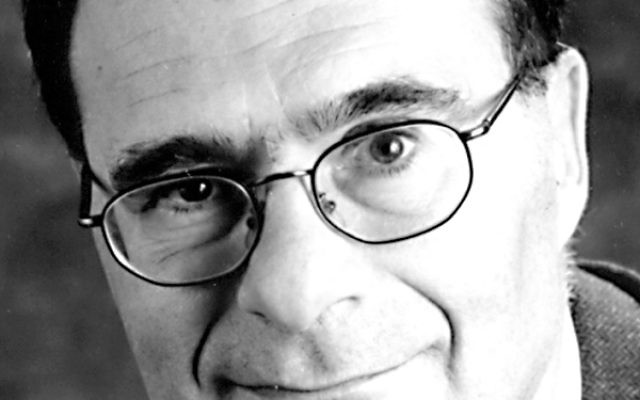 When architect Mies van der Rohe announced, “God is in the details,” Jews were not surprised. Over the centuries we have developed a fascination for the p’ratei hap’ratim, “the details of the details” in our sacred texts. A tantalizing detail this week, for example, is an apparent verbal redundancy in the very first sentence, where God instructs Moses to “Tell the priests, the sons of Aaron,” who were the priests, “tell them not to incur defilement on account of the dead.”

Why the double, “Tell the priests,” and the second “tell them?”
The quintessential rationalist, Ibn Ezra, thinks the first “tell” announces the rule in question, while the second “tell” explains its rationale. Nachmanides thinks the double occurrence promotes emphasis, as if to say that matters of death are particularly serious. Rashi, however, provides the gold standard of interpretation here, the one to which most later commentators return. The first “tell,” says Rashi, instructs the adults (the gedolim) to obey the rule; the second “tell” directs them to pass the lesson on to their children (the kitanim).

But why make that double point specifically here, in the case of a rule regarding death? To answer that question, the Chatam Sofer reinterprets Rashi, whose terms gedolim and kitanim can also mean “prominent people” and “ordinary folk” (rather than “adults” and “children”).
“People naturally worry about the honor of prominent people who die,” says the Chatam Sofer. “Their funerals are magnificent, their burials glorious, their eulogies wonderful. But the lowly or ordinary, orphans and widows, are less likely to be treated that way. The Torah, therefore, repeats the word ‘tell’ specifically regarding death, so as to include the honor for the ordinary, not just the high and mighty.”

Brilliant! A superb summary of the Jewish halachic insistence on burying everyone equally, and no one especially lavishly. The rule goes back to the Talmud, which recalls that funerals had become so onerous a financial burden that poor people abandoned their dead rather than bury them. So Rabban Gamaliel instructed his followers to bury him simply, wrapped merely in plain shrouds. Ever after, Jews have shunned expensive burials, costly caskets, and the like.
Judaism insists that we are all equal in death, gedolim and kitanim alike. Whether rich or poor, learned or ignorant, famous or unknown, when we die, we die.

But now another problem arises. If all are honored equally in death, why pursue a moral life while still alive? We all get buried the same way anyway, don’t we?

With this objection in mind, the great chasidic master Yaakov Yitzchak — known also as The Seer (Hachozeh) of Lublin — returns yet again to the double occurrence of “tell.” The priests, he explains, are descended from Aaron, who had tacitly permitted the Golden Calf, rather than confront the people. His progeny, too, were so ready to empathize with those they led that they were inclined to “pursue peace” at all costs. The Torah, therefore, reminds the priests (and by extension, everyone) that there are limits to peacemaking. Hence the double verbiage: “Tell” the priests to seek peace, but “Tell them” also that peace should not be at the expense of sacrificing moral principles.

From Rashi, then, we learn that God’s instructions are for the gedolim and the kitanim alike; they must be practiced by adults and taught to children. From the Chatam Sofer we see that gedolim and kitanim can mean “prominent” and “ordinary,” we are all equal in death. And the Seer of Lublin cautions us that despite that equality in death, the moral stand we make in life still matters.

Whether you are a politician consulting polls or a parent anxious to please your children, the day you die you will be asked not only if you “pursued peace,” but also if you stood your ground on matters of right and wrong.

All this, from one tiny verse, and from the Jewish way of Torah that thrives on God’s presence in details.

Rabbi Lawrence A. Hoffman is the Barbara and Stephen Friedman Professor of Liturgy, Worship and Ritual at the Hebrew Union College. He is the author of “We Have Sinned: Sin and Confession in Judaism” (Jewish Lights Publishing).