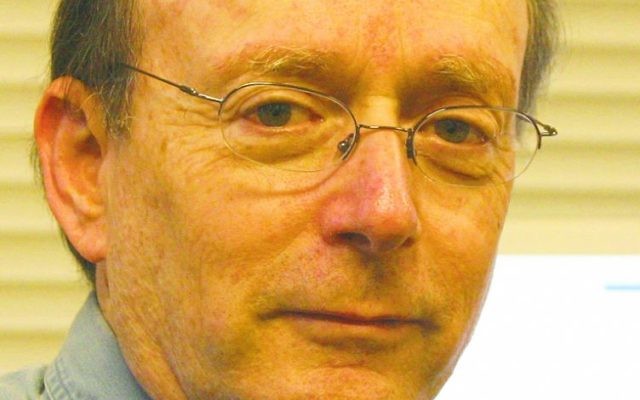 Sometimes conversations are more noteworthy for the topics they don’t include than for the ones they do.

You might think that the overwhelming focus of discussion at a two-day retreat held earlier this month for a wide variety of Jewish leaders and emerging leaders from around the country — during which they were invited to bring up whatever issues they felt were most timely and important — would have been the looming Iran crisis and the upcoming U.S. presidential elections. After all, the media has been concentrating on little else for months.

But at The Conversation, the annual conference sponsored by The Jewish Week, those issues were hardly mentioned by the 50 participants, a cross-section of artists, rabbis, business people, educators, philanthropists, activists and communal leaders. Instead, they chose to explore a number of topics dealing with Jewish identity and continuity, the subtext being a deep concern that the next generation will be less engaged in religious and communal life.

At The Conversation, held in the bucolic farmlands of the Pearlstone Conference and Retreat Center, a few miles north of Baltimore, there are no guest speakers, panels or plenaries. Instead, through the facilitation of Open Space, the participants are told that they themselves are the program. They are invited to post topics they’d like to discuss on a wall, and anyone who wants to join them is free to do so. Or they can choose from one of the other topics posted and take part in those talks. So some conversations have 15 or 20 or more participants; others may have two or three.

The only rules are that the discussions are off the record — no one is to be directly quoted — giving people the comfort level to be open and speak frankly. And there is “The Law of Two Feet,” which says that if you are in a conversation and not contributing to it or getting much out of it, you are free to get up and seek out another discussion without feeling guilty. It’s a simple, but liberating, way of ensuring a certain energy level to the discussion.

This was our eighth annual conference, and more than 500 people have attended overall. Each year is different, of course, depending on who was there and what they had to say each other. But generally the themes that emerge are less about the headlines of the day and more about what people are struggling with in their Jewish lives.

Among the three dozen topics posted on the wall during the two-day program in mid-September were: “Imagining new forms and structures for American Jewish life,” “why being Jewish matters: helping under-30s to engage,” “the disappearing center in political and Jewish life,” “is it possible to study and replicate innovation?” “what do I need a rabbi for?” “everyone talks about Jewish values, but what are they?” and “what is being swept under the rug in your community?”

The most powerful discussion I took part in was one near the end of the conference, entitled “God: why haven’t we spoken about Him/Her yet?”

Over the course of 75 minutes, about 15 people, sitting in the warm sunshine on the back porch, moved from abstract theories and summaries of theologians they’d read to at-times gut-wrenchingly personal feelings about what God means to them. Several people shared insights about how they have dealt with tragedy and loss in their lives.

Later, at the closing session, a number of participants spoke with gratitude and wonder about their ability to open up to people who had been strangers two days before. And they spoke about how rare was the opportunity to have a day or two to meet, think, reflect, debate and discuss issues of meaning to them.

One communal professional said his daily life is “all about process,” and he was relieved to have this mental oasis, not checking e-mails all day. Another participant later told me she was amazed at how deep the conversations went.

“I think we all crave authenticity,” she said, “and for many of us active in Jewish life, we are too often reduced to taking complex issues and turning them into slogans to try and engage the community. There is so little time for reflection.

“The digital age,” she said, “has robbed us of these opportunities for authentic discussion.”

That’s really what The Conversation is all about.