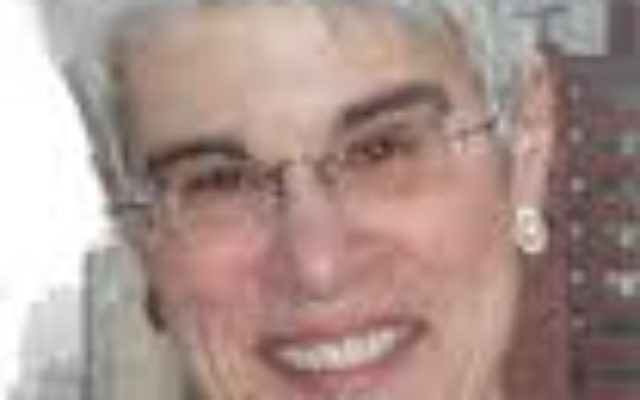 A few months ago my friend Phyllis H. Waldmann called to say that when going through the papers of her deceased mother, she came across an envelope postmarked October 20, 1936.  Upon carefully opening it, she found a document written in German with the word Halitzah at the top. Although not knowing what the document was, she detected certain similarities to her parents’ ketubah, which she had restored in 1985 on the occasion of their fiftieth wedding anniversary. Curiously, the ketubah and the halitzah document were witnessed by the same men on the same day, 27 October 1935, the date of her parents’ wedding in Wurzburg, Germany. A little research by us uncovered the significance of the second document.

But first some background. According to the Torah, if a married man dies childless, his widow is automatically “bound” to his extended family. This means that a brother of the deceased is required to take her in marriage and produce an heir with her to perpetuate the name of the deceased and hand down his property to a descendant. If none of the brothers wishes to marry the widow, one of them must undergo the halitzah (release) ritual with her. She is then free to wed whomever she wishes. These are stipulations of Jewish law. However, if all brothers of the dead man refuse either to marry or release his widow, she becomes an agunah, a chained woman. Her husband has died but she is not permitted to find another. As time passed, men who were called upon to release their sister-in-law would on occasion extort moneys from her in consideration of undergoing the halitzah ritual with her. Other men, in a mean-spirited way, simply refused to perform the release ritual at all. Women were thus held hostage to unscrupulous men.

The brown, crumbling document that Phyllis Hofman Waldmann fortuitously found states (in translation): “Should halitzah become necessary, we the undersigned obligate ourselves that . . . immediately and unconditionally and without any reimbursement we will confirm the ordinance of Jewish ritual law and give Mrs. Enny Hofmann, born Hamburger, the halitzah. Our sister-in-law will be entitled to decide together with us the venue and time of such ceremony.” Three Hofmann brothers signed the contract—Isador and Siegfried and Ludwig—and also two witnesses. It was drawn up in the presence of R. Shimon Hanover, the regional rabbi of Wurzburg. Mrs. Hofmann later gave birth to two children, Phyllis and her older brother. The document never needed to be implemented.

The halitzah contract, we learned, was created by rabbis to save women from finding themselves in an untenable marital situation. It seems to have been in wide use in the sixteenth century in Spanish and Franco-German Jewish communities. The Hofmanns’ halitzah document was not drawn up expressly for them but was a pre-existing form with blanks to fill in.

This shows that it was standard practice in Wurzburg to sign such a document right before marriage, if the groom had brothers. According to scholarly opinion, some Eastern European rabbis found flaw with this arrangement, arguing that a halitzah performed as a result of implementing such a document would be coerced and hence not valid. But the rabbis of Germany thought otherwise and took resolute action to prevent women from falling into marital limbo.

To the best of our knowledge, no rabbi today arranges for a halitzah document to be signed on the day of marriage. In this post-Holocaust world, the German rabbis no longer exist as a cohesive group. But their enlightened voices need to be heard.

The halitzah contract is a grand step in the direction of shielding women from inequities in Jewish law. It could easily be applied today to difficult divorce situations, those in which a civilly divorced husband refuses to write a get, a bill of Jewish divorce, for his ex-wife, or seeks to extort large sums of money from her in consideration of doing so. She too is an agunah, a woman chained to a husband she no longer lives with. How simple it would be to have a man attest, right before he marries, that should he and his wife divorce in civil court, he will write her a bill of Jewish divorce, immediately and without reimbursement, just like the stipulations of the halitzah contract. It is possible that some rabbi somewhere will find flaw with such a proposal. But if the German rabbis were alive today, they would approve. After all, that is exactly what they did to solve a very similar problem.

The halitzah document deserves to become widely known among Jews around the globe. It reflects extremely well on the rabbis who instituted it. And it shows that Jewish law contains within itself solutions to complex problems that arise today, in particular those that hurt women.

Rabbi Judith Hauptman is the E. Billi Ivry Professor of Talmud and Rabbinic Culture at the Jewish Theological Seminary and the founder of Ohel Ayalah, a free, walk-in High Holiday service for Jews in their 20s and 30s.
Phyllis H. Waldmann is a retired educator.