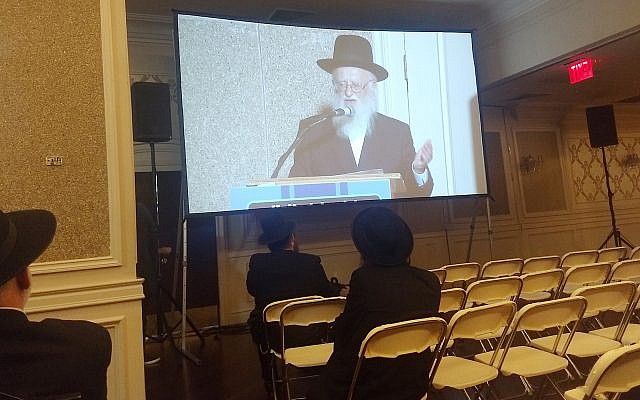 JTA  The weirdest part of an Orthodox anti-vaccine conference here last week was probably when the emcee, a rabbi wearing a black hat and white beard, quoted the Gospel of Luke.

“Father, forgive them, for they know not what they do!” he cried, reciting the Gospels nearly verbatim in referring to advocates of vaccination.

Rabbi Hillel Handler wasn’t referring to the 200 people gathered June 4 in the basement of a charedi Orthodox wedding hall in Brooklyn to hear about the dangers of vaccines. Rather, he was talking about the doctors, rabbis and politicians who he says are all hoodwinked by a massive conspiracy orchestrated by drug companies and the Centers for Disease Control to make money off of vaccines.

While the scientific consensus supports vaccination and regards it as a historic boon to public health, the crowd, like the emcee, do not put much stock in that science. Handler and the other speakers charged the CDC and its purported stooges with hiding the dangers of vaccines and destroying evidence that they are harmful. They cited no credible evidence. 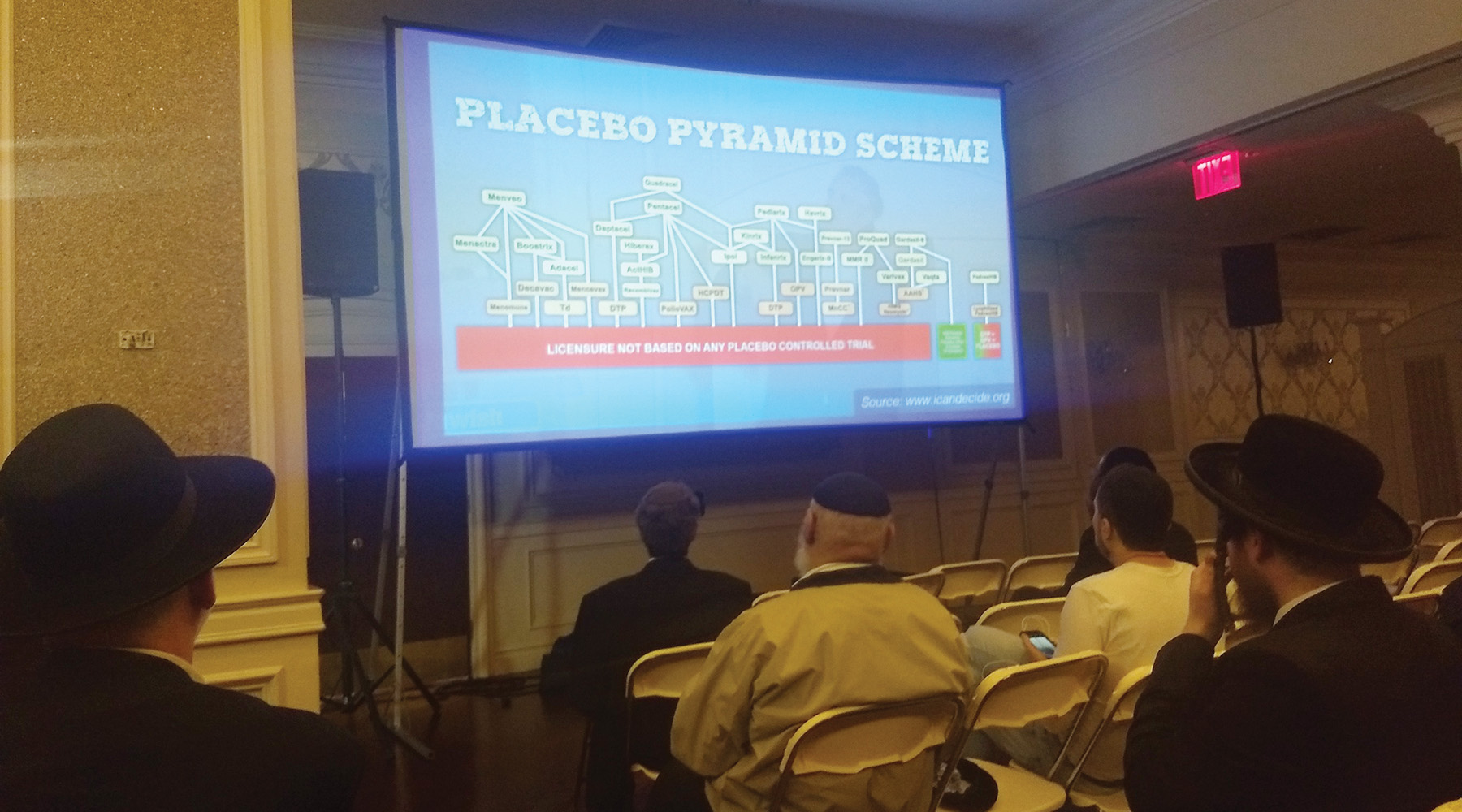 “This is all being orchestrated by the drug companies, which are very close to the CDC,” Handler told the crowd in a gender-segregated room at a catering hall in the Midwood neighborhood. “The doctors all march in lockstep with the CDC. The doctors don’t think they’re marching in lockstep. They don’t understand that the Centers for Disease Control in Atlanta, Georgia, is a totally corrupt swamp. … They are criminals.”

The rally comes amid an ongoing measles outbreak sparked by low vaccination rates, particularly in the Orthodox community. According to the CDC, there have been 981 confirmed cases of measles in the United States this year. In New York City, according to the city’s Department of Health, there have been 566 confirmed measles cases since September, the highest totals since 1992. The city says most of the cases have involved members of the Orthodox Jewish community.

“[C]ountless rabbinical figures and leaders, including leading rabbis in the Agudath Israel movement and doctors serving these communities, have repeatedly encouraged vaccination in the strongest possible terms,” reads an April statement by Agudath Israel of America, a leading charedi group. “Indeed, the overwhelming majority of children enrolled in Jewish schools are vaccinated.”

But there are some vocal holdouts.

At the rally, organized by an anti-vaccine group calling itself the United Jewish Community Council, speakers cast doubt on established medical opinion and the CDC. The crowd, which appeared to be mostly but not entirely charedi, was receptive to the message and applauded.

One attendee told another that large pharmaceutical companies like Bayer and Merck, which now produce vaccines, had collaborated with Nazi Germany. (Bayer was a division of a larger company that did collaborate with the Nazis, though now it is under different ownership. Merck, originally connected to a German company of the same name, split off into an independent American firm in 1917, before the Nazis came to power.)

“If you had bought a mutual fund in the ’30s, back in Nazi Germany, you would have done phenomenally,” the attendee remarked.

After Handler, speakers included Dr. Daniel Neides, a former vice chairman of the Cleveland Clinic Wellness Institute who resigned last year after writing a column questioning vaccines. (He later apologized, saying he “fully supports vaccination” and was trying to open a conversation about their safety, not question their use.)

But the bulk of the program was led by Del Bigtree, a Hollywood producer without medical qualifications who styles himself as an expert on vaccines. He directed the documentary “Vaxxed: From Cover-Up To Catastrophe.” Last month Bigtree spoke to a similar rally in upstate Monsey, also the home of a large charedi community.

Bigtree led the audience through a text-heavy PowerPoint presentation claiming that vaccines have led to a rise in autism among children — claims that have been rejected by every mainstream medical or public health group. He compared those promoting vaccines to a cult and cited Andrew Wakefield, a British physician who lost his license after promoting the debunked link between vaccines and autism.

In dramatic fashion, the coiffed Bigtree talked about the “exploding cases of diabetes” (linked, in his mind, to vaccines), drawing out the word “explooooding” and shaking his body as if he were reverberating from a bomb blast.

“I know that a lot of people read, ‘Oh, Del spreads misinformation,’” he said. “That’s an opinion. I like to call it missed information. This is the information that the mainstream media establishment doesn’t want you to hear.”

Bigtree, along with claiming that vaccines are harmful to children’s health, aimed to convince the audience that doctors are untrustworthy and unreliable. He claimed repeatedly that we are experiencing “the greatest decline in public health in world history.” (In fact, due in large part to vaccines, global child mortality, a leading indicator of public health, fell from 18.2 percent of children born in 1960 to 4.3 percent in 2015, and a hundredfold since the 18th century.)

“Why should I allow a medical establishment that’s overseeing this great a decline in public health mandate anything?” he said to applause. “They clearly have no talent at making us healthy.”

Over the course of about 12 minutes, Bigtree linked vaccines to the Holocaust and then to child sacrifice. He compared them to Nazi experimentation on unwilling Jewish medical subjects, then to the intentional ritual murder of children, in an effort to debunk the scientific consensus that a critical mass of vaccinated people, or herd immunity, means that even those who cannot be vaccinated for genuine medical reasons will have some protection from getting sick.

“It’s hard to imagine what it would be that would let you accept killing an innocent child,” he said. “What if I presented to you that this would make it worth it? This is the argument, right? Herd immunity. Herd immunity is the reason we’re allowed to kill some children.”