It’s been more than a decade since the last Orthodox synagogue in the South Bronx closed its doors. “It was a beautiful shul,” resident Rita Friedman said of the shuttered Congregation Hope of Israel in the Concourse neighborhood. “Stained glass windows, carpeting. A balcony up on top.”

Now, Friedman attends services at an upstart synagogue, Chabad South Bronx. It’s the first Orthodox congregation in the neighborhood in 12 years. Unlike its predecessor, Chabad South Bronx has no permanent building, running services in donated retail and residential spaces in the borough.

The synagogue’s rabbi, Choli Mishulovin, held this year’s Rosh HaShanah service in a vacant delicatessen on 161st Street just off the Grand Concourse and a four-minute walk from Yankee Stadium. As Rabbi Mishulovin blew a shofar near the deli’s entrance, he drew the attention of passersby who peered through the glass to identify the source of the sound. After the service, the rabbi and his wife, Chana Mushka, invited locals into the 800-square-foot deli for plates of extra apple cake and stuffed cabbage.

The Rosh HaShanah ceremony occurred on the same block as the historic Concourse Plaza Hotel, a venue once known for bar mitzvahs and Jewish weddings that now functions as public housing for seniors. The hotel is one of several buildings in the South Bronx that have been repurposed to serve the changing needs of the neighborhood following a decline in its Jewish population after the middle of the 20th century.

In the 1930s, more than 360,000 Jews lived in the South Bronx, according to “The Lost Civilization of the Jewish South Bronx” by Seymour J. Perlin. Thousands of Jews left the borough in the second half of the century, but the number of Jewish households in the Bronx actually increased by 25 percent — from 24,200 to 30,200 — between 2002 to 2011, according to UJA-Federation of New York. 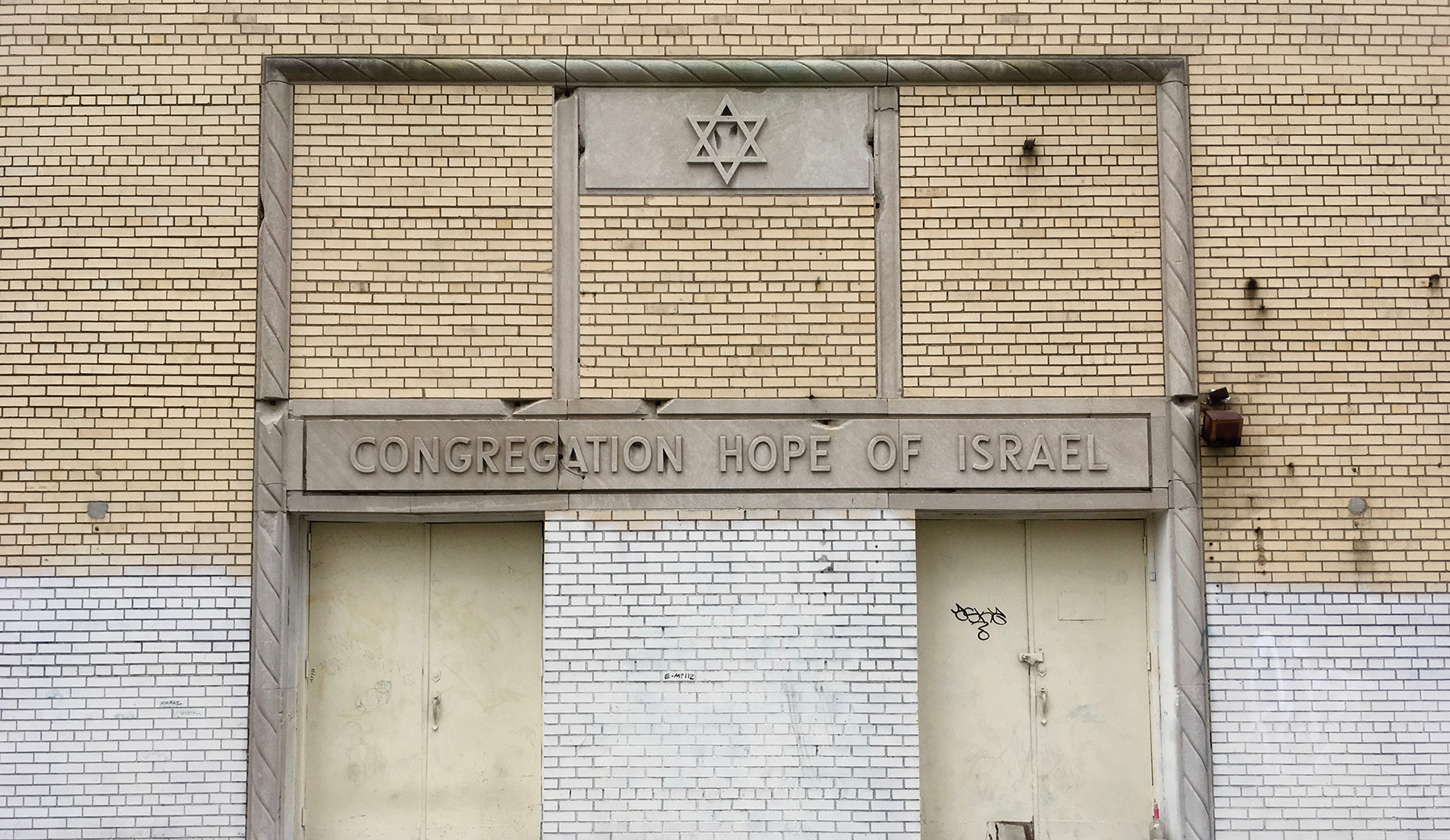 The long-shuttered Congregation Hope of Israel in the South Bronx. Photos by Dan Whateley

“In terms of the Jewish community, this area is really changing,” service attendee Michael Trencher said after the Rosh HaShanah service. “People are coming up here because it’s affordable. Great housing stock and ease of commute.”

Jennifer Rosenberg, director of research at UJA-Federation, can’t say for sure what’s driving growth in the borough’s Jewish population. “There’s all kinds of things that you can wonder about,” she said. “We do have some detailed data on the Riverdale and Kingsbridge areas in the Bronx. For the rest of the Bronx, there were just too few interviews to say anything statistically viable.”

Overall, the population of the South Bronx has grown in recent years as revitalization efforts continue, with census data showing an 11.5 percent increase in the Highbridge neighborhood from 2000 to 2010. The real estate website Zumper listed Highbridge as the New York City neighborhood with the highest rent increases in 2017. 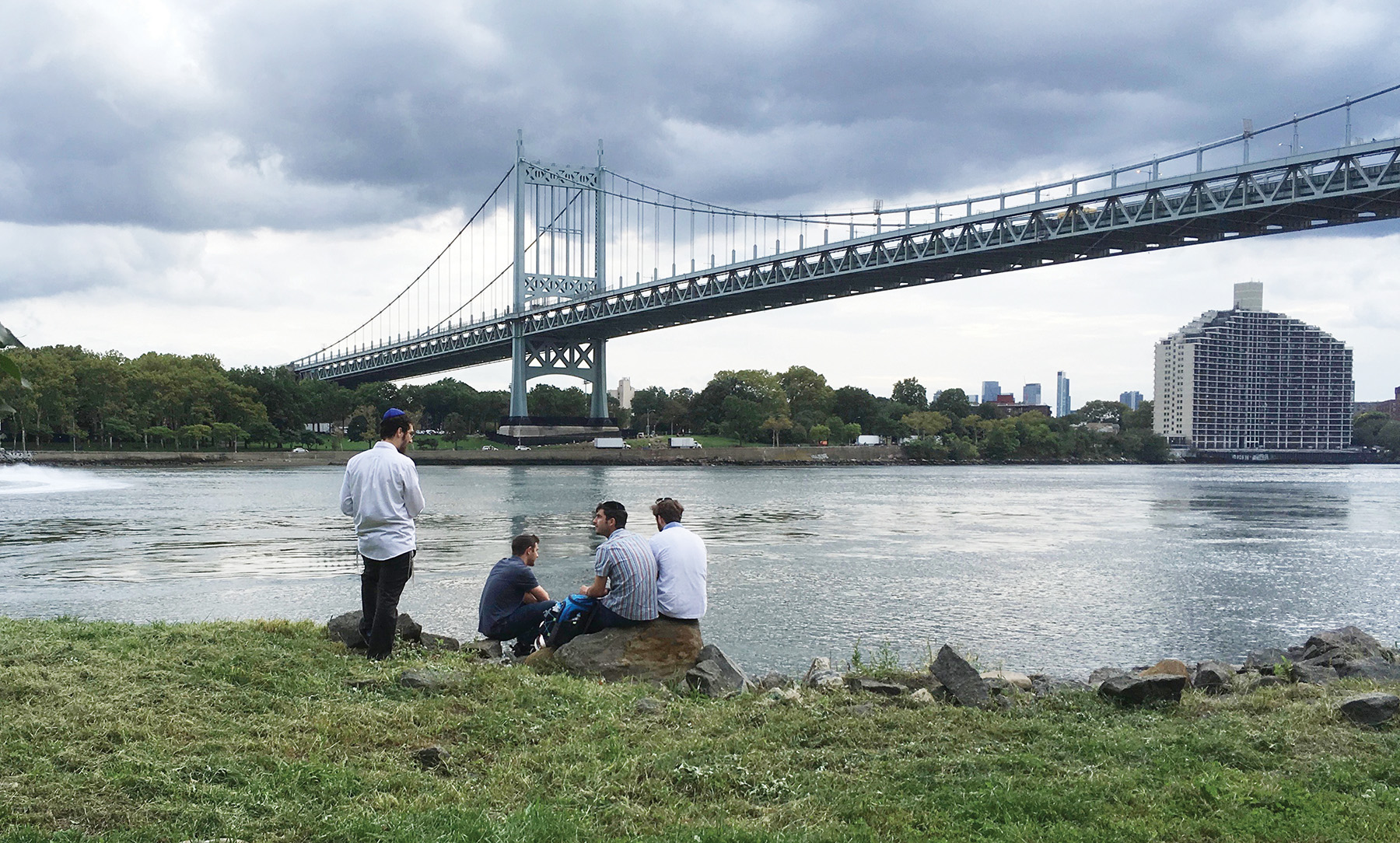 To accommodate a growing population and improve access to affordable housing, the City Council voted in March to rezone a 92-block section of the Bronx along Jerome Avenue. While implementation has just begun, the rezoning has the potential to add thousands of new housing units to the neighborhood in the coming years. Real estate developer Maddd Equities has plans to build roughly 750 new units at two locations in the rezoning area near the Grand Concourse, according to The Real Deal.

Rabbi Mishulovin himself is a Bronx newcomer, having lived in Crown Heights, Brooklyn, the site of Chabad-Lubavitich’s world headquarters. He led his first service in the Concourse neighborhood a little over a year ago in the basement of an apartment building. Michelle Daniels, a resident of the neighborhood, invited the rabbi to host the service after gauging interest among locals. “I thought it was about time we brought the Jewish community back to the South Bronx,” Daniels told The Jewish Week in a phone interview.

Trencher, a friend of Daniels , said, “Michelle was looking, trying to establish some type of organized Jewish practice in this area. The timing was right.”

Rabbi Mishulovin moved to the South Bronx with his wife and their two young children in April. For now, one of the main tasks for the couple is finding congregants in a borough that has just recently seen an increase in its Jewish population.

Only two visitors showed up to a September shofar and holiday snack event held in the basement recreational room of the Mishulovin’s building. The pair, Jerry Schein and Sam Yampolsky, sipped pomegranate cocktails and tasted honeycomb and star fruit as the rabbi’s toddler wandered through the room, accidentally spilling a handful of honey sticks across the floor.

Attendance at the rabbi’s events this year has varied from just a few worshippers to more than a dozen. Congregant Rita Friedman says she can count the number of local Jews she knows on her fingers. “There’s pockets of Jews around. There’s about eight or 10 I know of.” 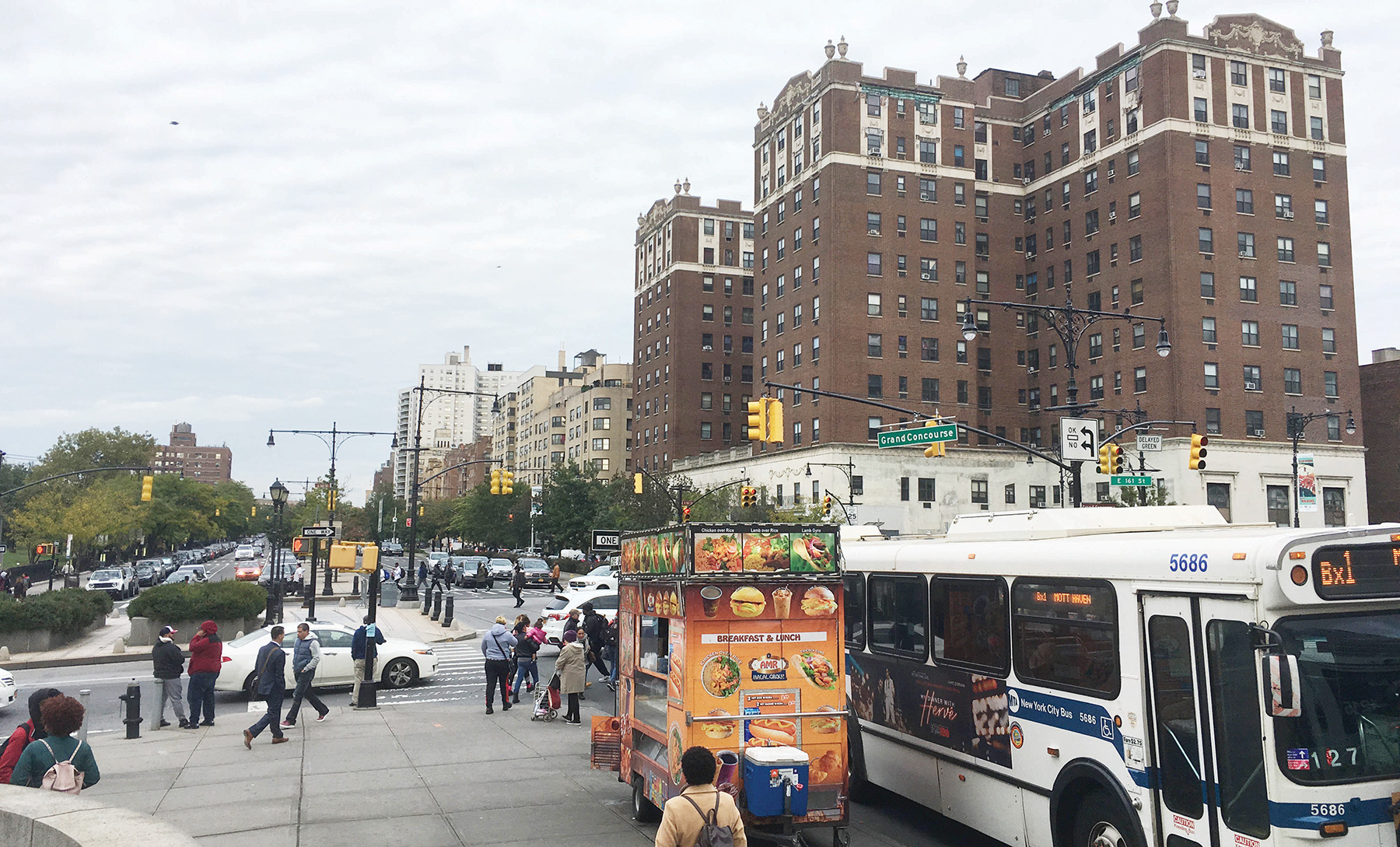 A view of the Concourse Plaza Hotel, at right, on the Grand Concourse. Chabad South Bronx’s held a Rosh HaShanah ceremony at a deli on the same block as the hotel.

Friedman grew up in the South Bronx and watched as its Jewish population declined. “We had some older Jewish neighbors in our building,” she said. “A few moved to Brighton Beach, and the rest died out.” Friedman herself moved away from the borough for a period, returning five and a half years ago to live with her mother, Barbara Friedman, who also attends Chabad South Bronx events.

Rabbi Mishulovin and his wife are promoting events in the neighborhood using Instagram, email and word-of-mouth. The rabbi says he has spent time walking through the neighborhood to meet community members. “We want people to be a little more involved in their Judaism,” he said.

The couple’s approach is common in the Chabad-Lubavitch movement. When young rabbi emissaries and their families move to a new community to establish a Chabad House, they often use their own home to recruit, host services and run events.

Jerry Schein learned about Chabad South Bronx after meeting the rabbi at a local grocery store. He grew up in the South Bronx and, like Friedman, attended services at the now-shuttered Congregation Hope of Israel. He says he feels welcomed into the new community, attending most of Chabad South Bronx’s events. “The fact that they’re bringing out Jewishness and celebrating the holidays, that’s very meaningful to me.”

Standing next to a pop-up sukkah during a recent “Sukkah Fest” on Randall’s Island, Rabbi Mishulovin said he is still figuring out how to organize a congregation that has no permanent location.

“We want people to be a little more involved in their Judaism,” he said. “A lot of people have problems with organized religion. One of the advantages with us is we’re not organized,” he said, laughing.

Rabbi Mishulovin says he would take permanent space right away if it became available. “This,” he said, “is what we have to work with now.”