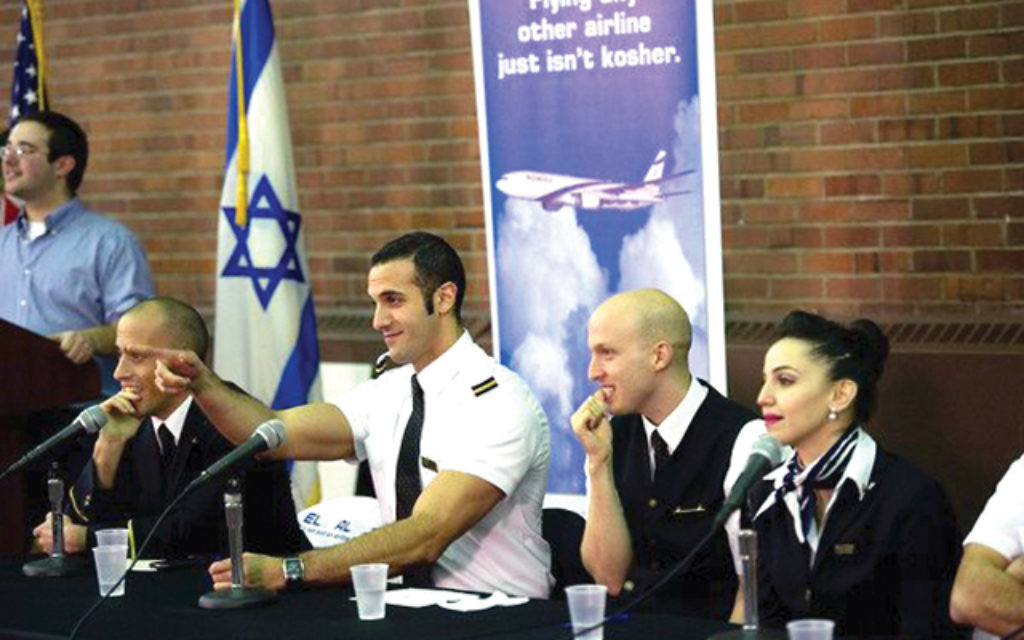 Shmuel Cohen, a veteran El Al pilot, has some remarkable stories to tell about his life — in the air and on the ground.

Born in Haifa, he lived in Warsaw and Moscow as a youngster when his father served in the foreign service. His bar mitzvah, held at the Great Synagogue in Moscow in 1966, was a major event, the first such celebration at the historic congregation in 50 years. As a result, “I had a very strong experience of connecting to Soviet Jews that has affected me ever since,” Cohen said in a recent interview.

As a pilot in the Israeli Air Force, he flew one of the planes in the historic Operation Solomon mission in 1991, when more than 14,000 Ethiopian Jews were brought to Israel in 36 hours. “An amazing experience,” Cohen said.

As part of “El Al Ambassadors – Blue and White Advocates,” a little-reported-on program in voluntary diplomacy, he is one of about 150 El Al pilots and flight attendants who speak to groups in cities around the world (wherever El Al flies) about their personal experiences and what Israel means to them. Cohen spoke recently at the home of Israel’s consul general, Ido Aharoni, to mark the 350th such event.

El Al’s partners in the program, which began four years ago, are the foreign ministry, Jewish Agency for Israel and Stand With Us.

“We expected about 80 people to apply to be ambassadors,” said Alon Futterman, director of the program, “but over 600 applied.” (In all, El Al has about 6,000 employees.)

The volunteer ambassadors present to the public, at synagogues, churches, campuses and other venues, the human face of Israel through the life experiences of real people.

“This is not about politics, not about promoting El Al,” explained Yehudit Grisaro, El Al’s vice president of customer service. “It’s about Israelis, not Israel. And it’s about people, not the conflict.” She said the presentations reflect “the story and face of the Israeli nation. And the success is in our ambassadors giving authentic and simple presentations. We tell them, ‘Just be yourself.’”

The volunteer participants find, in addressing audiences around the world, that there is much misinformation about Israel, regarding matters that range from its small size to its modern lifestyle to its democratic political system.

According to Sheryl Stein, director of public relations for the airline in New York, the programs benefits the audience and the speakers alike. “So many Israelis have a sense of mission, looking for ways to show their pride in their country,” she noted. “And audiences always want to stay after the program is over to ask more questions and learn more about the Israeli experience.”

Cohen said, “It’s important talking about our country. I tell people that living in Israel is not for everyone. I speak about the difficulties as well as the benefits, why I choose to live in Israel and why young people don’t want to leave. Although my land may be burning at times, I explain that this is my home and where I have to stay.”