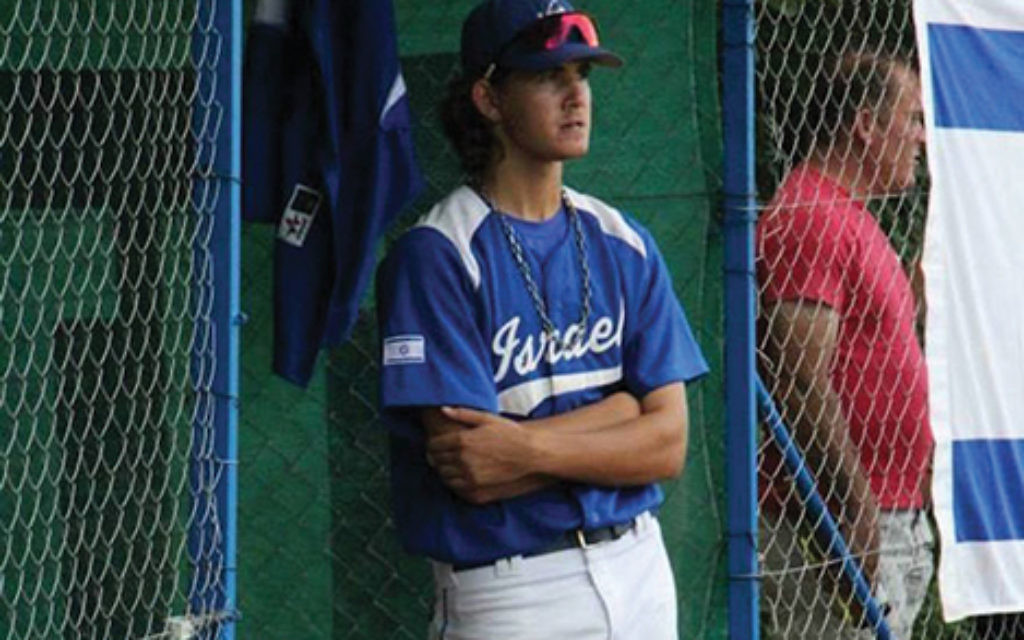 A century and a half after Brooklyn’s slugging infielder-outfielder Lipman Pike made baseball history by becoming the sport’s first Jewish professional player, signing with the predecessor of the Brooklyn Dodgers, another Jewish athlete has made athletic history. Dean Kremer, a California-born pitcher with Israeli parents, recently signed a $147,000 contract with the Los Angeles Dodgers.

Kremer, 20, a right-hander who has played for the Israeli national team for the last three years, in tournaments like the European Baseball championships, became the first Israeli to sign a major league contract. He lives most of the year in Las Vegas, where he pitches for the University of Nevada-Las Vegas, but returns to Israel for two months each summer. “It’s definitely home, ” he told the Las Vegas Review Journal.

This is a “huge” step for baseball in Israel, said Nate Fish, aka the “King of Jewish Baseball.” “The kids in Israel are already talking about it,” Fish told The Jewish Week by email. “[They] look up to him as an Israeli baseball role model.”

While it’s difficult to gauge the potential of a baseball player, Fish thinks that Kremer has “a lot of upside.” “He has the whole package of physical and mental gifts,” said Fish, the Israel national team head coach, “and he comes from a good family.”

Baseball in Israel has been making strides in recent years, according to the Jerusalem Post. While the Israel Baseball League folded after one season in 2007, youth participation in baseball has seen a dramatic increase. In 2014, the Israel Association of Baseball launched the Israeli Baseball Academy, which is recognized by Major League Baseball as an elite academy for youth players.

A native of Stockton, Calif., Kremer was drafted by the San Diego Padres in the 38th round last year but did not sign. This year the Dodgers re-drafted him, in the 14th round. By signing with the Dodgers, Kremer is joining a team with a rich tradition of Jewish players, fans and ownership.

Most notably, Dodger pitcher Sandy Koufax endeared himself to the American Jewish community after sitting out Game 1 of the 1965 World Series because it fell on Yom Kippur. But the team’s Jewish roots run deeper. Before Koufax, there was “Goody” Rosen, a Brooklyn Dodgers outfielder in the 1930s and ’40s. Brothers Norm and Larry Sherry played with Koufax (Larry was MVP of the 1959 World Series). More recently, slugger Shawn Green played for the Dodgers in the early half of the 2000s (he finished his career in 2007 with the Mets).

And, in another era altogether, there was Pike, who was known as the “iron batter” for his home run-hitting prowess — he once hit six dingers in one game. In the summer of 1866, he spurned his hometown Brooklyn Atlantics, the predecessor to the Dodgers, to score a paid deal with the Philadelphia Athletics, effectively making him the first Jewish professional baseball player. His salary: $20 a week.

Last year, Jewish Dodgers fans successfully campaigned for the addition of kosher hot dogs in Dodger Stadium. Now, they are excited about the prospect of trading in their dogs with mustard for some falafel and hummus. Stuart Tochner, who helped lead the kosher hot dog effort as president of the Lou Barak Memorial Kosher Hot Dog Committee, is “speechless” over the Kremer signing. Tochner told The Jewish Week that his son Jonah, also a Dodgers supporter, summed it up best. “This is in the nature of the Dodgers, who have been breaking ground and signing important new players from different communities since Jackie Robinson in 1955. I am proud as a Jewish fan and as a supporter of Israel about this signing,” he recalled his son as saying.

One of the men directly responsible for the signing is Stan Katsen, the team’s president and part owner (and graduate of the Yeshiva University High School for Boys).

If Kremer pitches well this summer for the Dodgers’ rookie league team, the Arizona League Dodgers, and gets called up to the Bigs, he’ll join Jewish All-Star slugger Joc Pederson, who has played with Kremer on the Israeli national baseball team. And the Dodgers’ Jewish family will gain yet another Boychick of Summer.