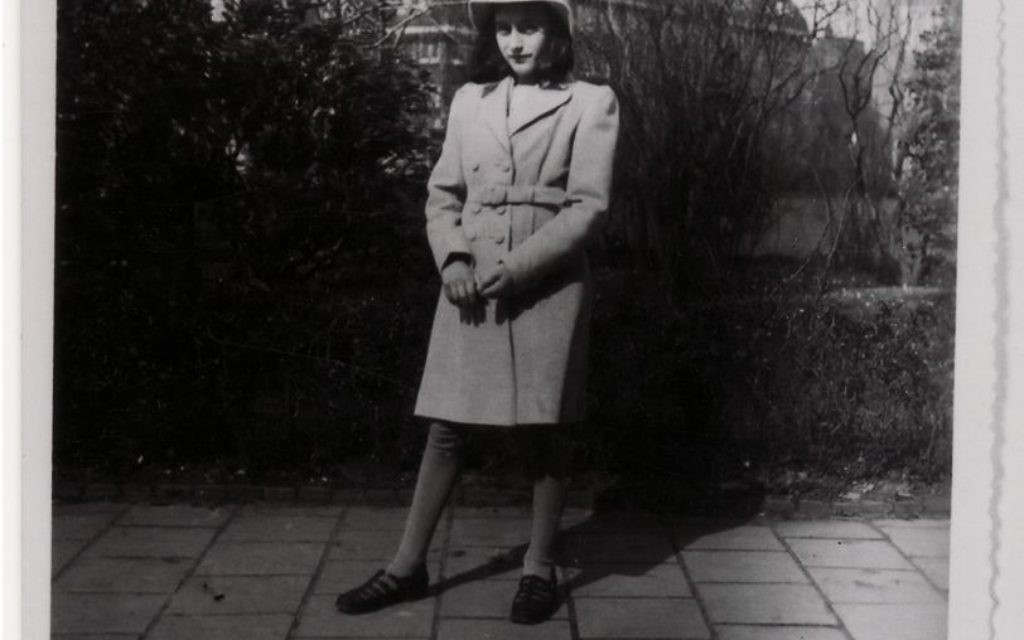 Anne Frank has become a metonymy, both a symbol and a shorthand for the Holocaust. Her youthful diary, hopeful, funny, frightened but stalwart, has been a source of inspiration to millions of readers worldwide. Still, after viewing the new film, “No Asylum: The Untold Chapter of Anne Frank's Story,” and hearing the details of her post-diary life and eventual death in the camps, I wonder: If Anne Frank had survived, would her subsequent writings more closely mirror the darkness of Elie Wiesel’s “Night” than the hopefulness of her diary.

“No Asylum” tells in painful detail the story of Anne’s father, Otto Frank’s desperate and unavailing attempts to secure American visas for his family before they were finally forced to go into hiding in 1942. Based on letters by Otto Frank that were recently discovered after 70 years in YIVO’s archives, the film intersperses actual footage, newspaper clippings, pre-war photographs of the Frank family, and interviews with surviving family members of the Frank family, along with the letters themselves, to round out the Anne Frank story and provide a larger framework for viewing and understanding the Holocaust.

As Estelle Guzik, the YIVO volunteer who found the file says, “We now have Chapter One of the Anne Frank story; the book is Chapter Two and what we’ve learned about Otto Frank subsequently is Chapter Three.”

Otto Frank tried every channel and acquaintance in the United States and elsewhere to get his family out; like the majority of European Jews, he was unsuccessful, even with the efforts and assistance of such powerful American Jews as Nathan Strauss, the heir to Macy’s department store. Jonathan Brent, YIVO’s Executive Director said, “What we don’t see is the slow process that affected the lives of ordinary, decent people…the process and decisions that were taken by the entire world and led to the ‘Final Solution.’” Otto Frank’s story, like that of his daughter’s, elevates the horror of the Holocaust to a larger plain.

With hate crimes targeting Jews having increased 39% over last year, the film highlights the importance of revisiting the past in order to prevent it from happening again. “No Asylum” clearly describes how prejudice, when mandated by the state, can shape policy and become lethal.” As Timothy Snyder points out in “Black Earth”: “The Holocaust is not only history, but warning.” British Major Leonard Berney, who is featured in the film, was the commanding officer in charge of liberating Bergen Belsen, where Anne, along with her sister, her mother and many thousands of others died of starvation and typhus. He had this to add: “People forget. It is our obligation to prevent people from forgetting.”

“No Asylum: The Untold Chapter of Anne Frank's Story” directed by Paula Fouce, premiered at The YIVO Institute for Jewish Research on Oct 11, 2015, and will be screened again at the Anne Frank Center on March 17th. Otto Frank’s letters and materials from the YIVO Holocaust collections are currently on display in the Great Hall of the Center for Jewish History, 15 West 16th Street, Manhattan.