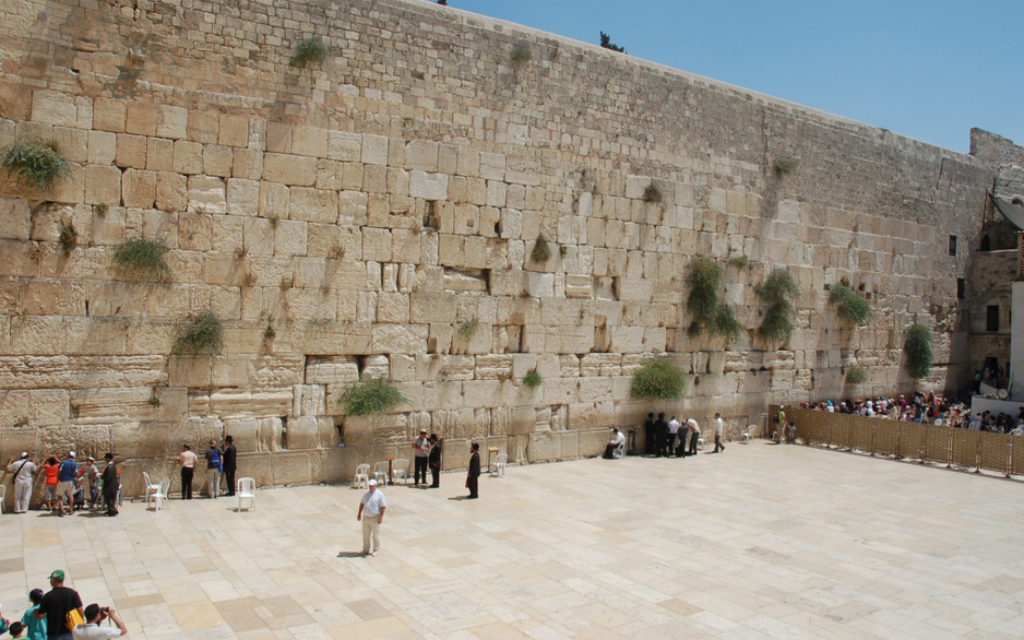 Amid increasing Palestinian attacks against Israeli Jews, organizers of group tours to Israel report no cancellations even as one tour operator has added extra security and changed the itinerary just to be on the safe side.

One organization, the Jewish National Fund, has even started planning a special solidarity mission that will leave “in the next couple of weeks,” according to Adam Brill, the group’s director of communications.

“JNF has support from some of the most committed, passionate people in the world,” he said, noting that the group sent three solidarity missions during last summer’s war in Gaza. “Terrorism upsets everyone, but the people of Israel have dealt with terrorism since the country was founded and it is one of the safest countries in the world. People are being more careful and looking after each other like members of the same family.”

In addition to the solidarity mission, JNF has three scheduled tours in November, including one for judges, lawyers and members of law enforcement.

He noted that JNF guides are “usually former IDF [members of the Israel Defense Forces] and are well versed in defense. We work with the ministries of Interior, Justice and Tourism and don’t go anyplace unsafe. We provide the proper security at the right time.”

Larry Ritter, owner of Israel Tour Connection, one of the largest operators of tours to Israel, said that just to “make people feel good” he has added an armed guard to his tours of Jerusalem and made some changes to the itinerary.

He said he has three tours now in Israel, and none of them have been affected by the wave of violence. “They don’t even feel it,” he said. “They are out during the day and only when they turn on the TV in their hotels at night do they see what is happening.”

Rebecca Dinar, a spokesperson for the Jewish Federations of North America, said Jewish federations across the country have missions currently in Israel or planned for coming days and weeks. “We have not seen any cancellations,” she said.

UJA-Federation of New York, for instance, has three missions scheduled next month.

“Federation missions are in and out of Israel all the time and people are glad to be there to support their fellow brothers and sisters, especially at a time like this,” Dinar said.

The organization’s board chairman, Michael Siegal, said in a statement Tuesday: “We are stunned and deeply troubled by the recent terrorist attacks in Israel which have continued to escalate since an innocent Israeli couple was barbarically shot to death in their car in front of their four children. We remain horrified by these acts of terror and our thoughts and prayers are with these victims and their families.”

Malcolm Hoenlein, executive vice chairman of the Conference of Presidents of Major American Jewish Organizations, said his organization is organizing “solidarity events,” including a Shabbat of Solidarity this Saturday.

“We are asking rabbis to dedicate their sermons to what is happening and to offer special prayers for Israel,” he said. “We hope to also issue a joint statement from our member organizations to make clear to the people of Israel that they are not alone.”

Hoenlein added that those who travel to Israel now should be cautious. He said the Palestinian attacks are “unpredictable — anytime, anywhere and against anybody, including women and kids.”

Daniel Katz, 58, of Boca Raton, Fla., returned from Israel last week. He said the Arab cab driver who took him to the airport complained that a cab window had been shattered by a presumed Palestinian stone thrower while he was driving a few days earlier.

“He said he couldn’t work for three days and that the incident was traumatic for him,” Katz said, adding that he, too, was unnerved during his visit.

“I have a home in Jerusalem and have traveled back and forth to Israel for nearly 50 years,” he said. “I have never felt unsafe until now. Now anybody can take a knife out of his kitchen drawer and become a terrorist. They don’t need an organization behind them to give them a suicide belt. Now I felt fear walking down the main streets in Jerusalem. Even innocent Arabs I looked at as if they were guilty — and I felt badly about that.”

In a conference call hosted by the Jewish Federations of North America, Jerusalem Mayor Nir Barkat told the more than 1,000 people on the call that those planning to visit Israel should “continue with your plans and help us fight terrorism by not being terrorized. … Go on with your life exactly as you planned.”

“We did not cancel any events in our city,” he continued. “The terrorists want to deter us from our everyday life and if they succeed in stopping us from what we want to do, they will have succeeded. This is the time to continue with your plans. My girls are here. We are tightening security and my message is, ‘Please don’t fall for this.’”

Barkat also denied assertions of Palestinian President Mahmoud Abbas that were repeated by the U.S. State Department in which it was alleged that the Israeli government is seeking to change the status quo on the Temple Mount.

“There is no intention of changing the status quo,” he said unequivocally.

Barkat added that at the request of principals in the Arab schools of East Jerusalem his office is providing material to “the kids to show them the other side. … And we are working with the principals and local leaders to keep the kids off the streets. The local leaders know best how to speak to the kids.”