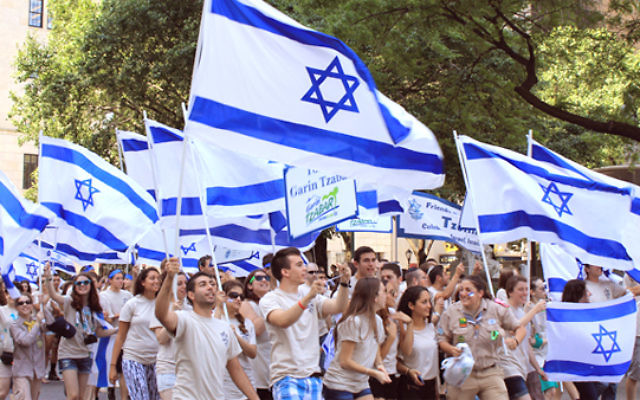 Julius Rosenwald, center, with students from one of his schools in the South. Fisk University, John Hope and Aurelia E. Franklin Library, Special Collections

“Rosenwald” — Aviva Kempner’s latest documentary — captures Julius Rosenwald’s larger-than-life impact on American society and culture. He was an entrepreneur whose knack for trade transformed him from the son of a Jewish peddler to the head of Sears, Roebuck and Co. and in turn, to a prominent philanthropist. In fact, Rosenwald’s contributions are so impressive it’s baffling that his name is relatively unknown.

An ardent capitalist and a model for charity, Rosenwald channeled his Sears fortune into the South, where he built schools for African-American communities during the Jim Crow era. Nearly one-third of all black children in the South in the early 20th century attended a school built by Rosenwald, according to the film. The schools were chronically underfunded and prone to being torched at night by white supremacists. Rosenwald also provided great writers and artists, like Langston Hughes and Marian Anderson, with the financial means to pursue their goals. The film attributes this generosity to a combination of faith and exposure to the debilitating poverty during a trip to the South.

Cross-cutting between photographs, documents and early moving footage, Kempner establishes the segregated South and the early life of Julius Rosenwald. Despite having watched interviews with people affected by his charities, I felt as if I was cheated of the man himself. Though “Rosenwald” has its heart in the right place (connecting this Jewish man to the education and arts and culture of African-Americans), it doesn’t have its focus on Rosenwald’s personality.

Though Kempner occasionally uses graphics and segments of other films (including a long clip from “The Music Man”), adds a jazzy tone, and has moments that seem kitschy, she tends to play the rest of the documentary straight. This works visually and emotionally since it strips away any distractions and lets the interviewees speak for themselves. Indeed it’s the variety of people supported by Rosenwald that makes his story so extraordinary. The people affected by his work range from prominent politicians to noted writers who were given educations and grants. Author Maya Angelou and U.S. Rep. John Lewis (Ga.), who attended schools built by Rosenwald, make regular appearances in the film.

The movie spends extensive time covering the impact of Rosenwald’s work, but fails to focus on him. We learn from people who lived in his housing projects about his involvement in the strong community that existed there. However, his interactions with the community are seen only through the eyes of the residents, and we aren’t given a well-rounded perspective on his personal life and outlook. For a large part of the film, Rosenwald’s private life is hardly touched upon. Despite this oversight, there are sequences that are moving, and hopefully the film will bring new light to a model citizen who for too long has gone unnoticed.