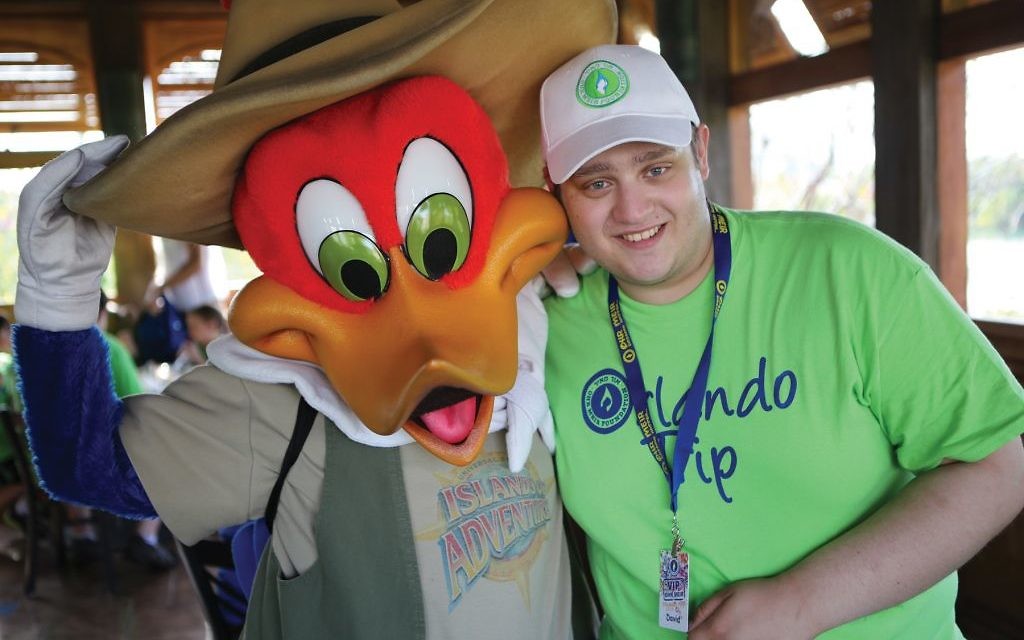 After Ari and Idy Friedman of Brooklyn lost their 10-year-old son, Meir, to leukemia two decades ago, they decided to bring some joy to other children who have cancer.

The result is the Ohr Meir Foundation, an independent, volunteer-led organization that brings groups of ill young people each year on vacations to Disney World and other attractions in Orlando, to a Disney Cruise for children in remission, and to some smaller trips at other venues.

The latest group of around 130 people — including a mobile infirmary, several oncology nurses and doctors and one counselor per child — spent four packed days in Orlando last week.

“No parents are allowed on the trip,” says Steven Friedman, Meir’s brother, who coordinates the Ohr Meir — the name is Hebrew for “the light of Meir” — with other members of his family. “We leave the family at home and give them a needed break.”

For the young participants in the Ohr Meir Disney Trip to Orlando, most of them from the New York area, there is daily face painting and caricature artists, a magic show and concert, lavish kosher meals and arcades, fireworks and shopping at Toys R Us, and excursions to Sea World, the Disney Magic Kingdom, and Universal Studios.

The kids, whose ages range from 4 to the early 20s, come from Jewish homes across the denominational spectrum. “Eligibility is cancer,” Friedman says.

His family raises funds for the subsidized trips — the hotels and parks give Ohr Meir a discount — from “friends and family,” he says. “One hundred percent of every dollar donated goes directly to benefit the children. Every person on this staff is a volunteer.”

“The children are transformed from tired and shy to rejuvenated, loud and upbeat,” Friedman says. “Parents tell us how we have returned their ‘real’ son or daughter back to them.”

The mother of one child who took part in the recent trip told Friedman her son’s experience was “priceless,” he says. “A trip like Disney,” she said, “helps him rebuild himself and give him back the self-confidence he lost.”

And, says Friedman, the four days in Orlando meet another, very personal standard: “My brother would have loved this trip.”