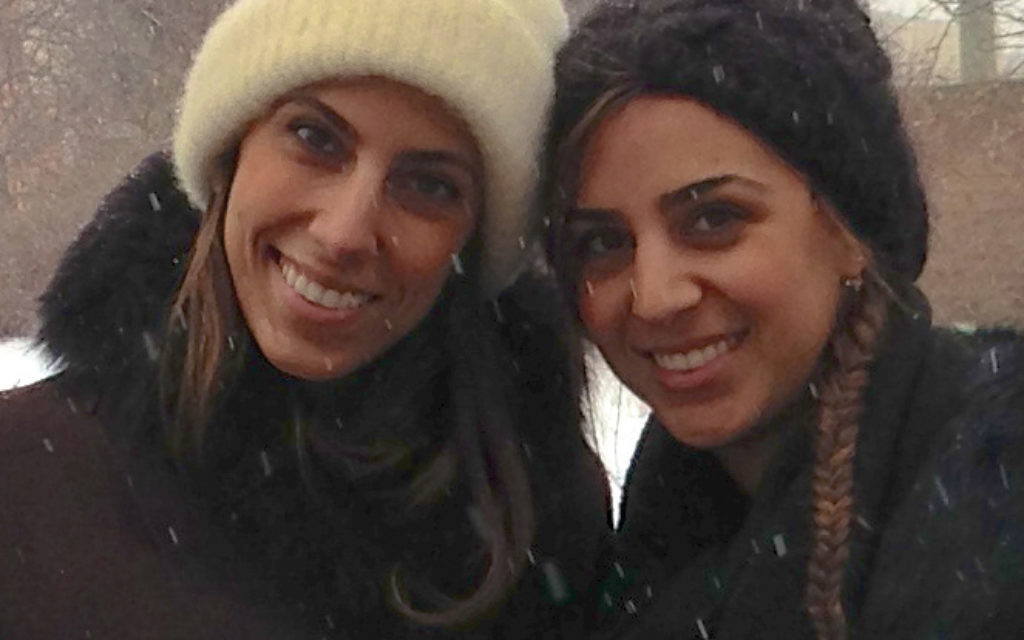 Dina Kadisha Aspen, a Los Angeles-based filmmaker from an Iranian Jewish family, spent several weeks in Poland earlier this year documenting the post-Communism rebirth of Jewish life there. The result is “The Revival of Jewish Poland,” a 48-minute documentary, produced under the auspices of the American Jewish Joint Distribution Committee’s Entwine young leadership program.


The documentary combines historical footage of pre-Holocaust and wartime Jewish life in Poland with scenes of contemporary Jewish life and interviews with several prominent members of the Jewish community. The Jewish Week caught up with Aspen by e-mail. This interview is an edited version of the transcript.

Q: What spurred the interest for someone who’s not from a Polish Jewry family to develop such a strong interest in the Jews of Poland?

A: Just being Jewish makes it my story. My husband’s grandfather, a Polish Jew, was the only survivor in his family, among few others from Pinczow, his village. Not to mention, my grandparents fled religious persecution from both Georgia and Iran, which made it that much more personal.

Making this film and meeting people from all walks of life has impacted me in indescribable ways. From the non-Jewish Warsaw Ghetto historian who has dedicated his life to helping preserve the memory of his neighbors who were murdered, to such miraculous stories of Jews like a woman I met who was saved by a Catholic social worker as a baby … I was profoundly moved by their humanity. Their courage and good will melted away my anger.

Were you surprised, when you spent some time in Poland, that a Jewish revival, led by young Polish Jews, is taking place?

It was not only shocking, but I was incredibly touched. I was a bit pessimistic as to how a revival was taking place. But after witnessing the current vitality of life, culture and interest of people reconnecting to their Jewish roots, I felt like air was being pumped into my lungs again after holding my breath from the second I had landed.

How surprised are Jews you meet in the West, including aging, Polish-born Holocaust survivors, that such a renaissance is taking place?

Survivors not living in Poland have a hard time believing there is any form of Jewish life in Poland. Many don’t understand why people would go back and live there, and others, like my grandfather in-law, cannot register that there are even Jewish Community Centers being built!

What is your most poignant memory from the time you spend documenting Jews in contemporary Poland?

I was grateful to have my cousin Tanya join me throughout this experience. The two of us walked into a gas chamber in Auschwitz, one that the Germans didn’t have time to destroy. The two of us just stood there in utter silence — a place where millions of innocent people were gassed.

In this death chamber we noticed a white flower in the corner of the room, on the bare concrete floor. We simultaneously recited the Shema together. It was probably the most powerful moment of my life. I broke down uncontrollably.

Are you optimistic for the future of Polish Jews? Are there enough of them there to keep the revival going? Is the community self-sufficient, or does it remain dependent on the assistance of outside organizations like the JDC and the Jewish Agency?

I am optimistic. With a significant focus on the younger generation and the fledgling educational infrastructure in place, the re-emerging community is embracing its past and starting to stand on its own feet. Amazingly, Jewish programs throughout Poland, including the JCCs in Warsaw and Krakow, are supported in part by program fees and membership. But international organizations and foundations like JDC, the Taube Foundation, the Reform movement, and other passionate Jews from around the world are critical in supporting these programs as well.

“The Revival of Jewish Poland” will premiere here on Monday, Nov. 11 at 7:30 p.m. at the Angelika Film Center, 18 W. Houston St. in Manhattan. A Q&A with Aspen will follow. For tickets: jdcentwine.org/revivalofjewishpoland.