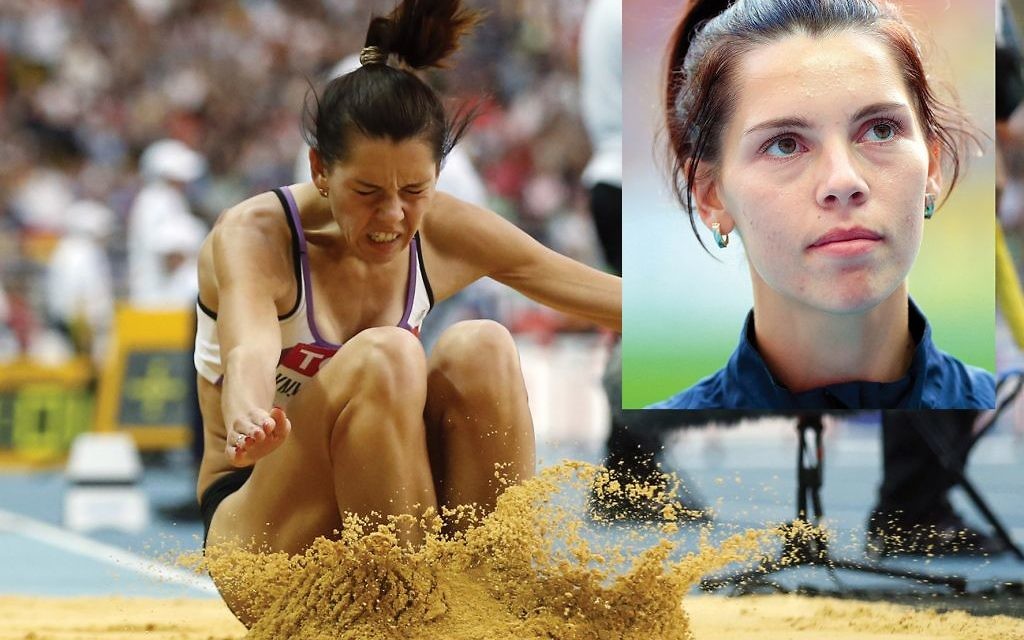 The 2016 Summer Olympics will take place in exactly one year in Rio de Janeiro, and one Israeli athlete last week marked herself as a name to watch.

Hanna Knyazyeva-Minenko won silver medal in the triple jump in the track and field World Championships at the Bird’s Nest in Beijing.

Five months after a third-place finish in her specialty in the European Indoor Championships in Prague made her the first Israeli woman to stand on the podium in that competition, she became the second Israeli to win a silver medal in the World Championships. Pole-vaulter Alexsandr Averbukh did it 14 years ago.

She placed fourth in the 2012 London Olympics, and won the European Junior Championship in the triple jump in 2007.

Knyazyeva-Minenko, who is married to Anatoly Minenko, former Israeli decathlon champion, began training at eight, eventually switching from running to the long jump and triple jump. She earned an undergraduate degree in economics in Ukraine.