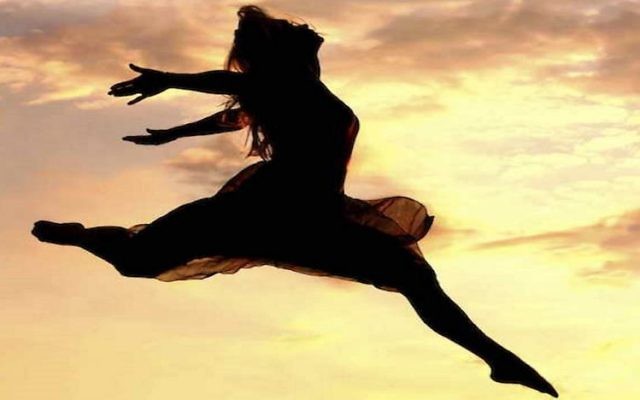 One year ago, I sat down at my dining room table to write my first blog for JOFA. I was still reeling from the realization that, while we celebrated Shavu’ot and the launch of a new women’s learning program in Chicago, 49 people had been gunned down in an Orlando nightclub. Again, I find myself writing in the shadow of a massacre – this one at England’s Manchester Arena – even as we prepare to commemorate the giving of the Torah, the Law.

Though much has happened in the past year, little has changed – little, that is, except my place and perspective. Just eight weeks ago, I arrived at Israel’s Ben Gurion airport without a return ticket.

I didn’t need one. I was home.

My mother a”h often said that, living in Israel is not an obligation but a z’chut (privilege). I wasn’t yet 5 when we made aliyah (immigrated), so her point eluded me until I was well into my 30’s. As long as I believed that returning here was not a matter of if but when, I didn’t have to entertain the possibility that I was a yoredet (emigrant). The mere connotation of yeridah (descent) weighed more heavily upon me with each passing year. I was, after all, Israeli. The milestones, the defining moments that shaped my world view and the woman I am today, occurred on this soil.

Granting that my experience in no way resembles that of an olah chadashah (new immigrant), for the second time in as many years, I am the newcomer. This time in Modi’in. And, for the second time in as many years, several people, including a few curious real estate brokers, have deemed it necessary to advise me that there aren’t many (read “any”) singles of my age in these parts. (Would they have felt equally compelled to point that out had I been a single man? I wonder.)

I came to Modi’in in search of a likeminded kehillah (community) and set my sights on a neighborhood with an established partnership minyan. Oh, no. I was not in Lakeview anymore. In Modi’in – with a population of 80,000, of which twenty percent identify as observant – I could walk no more than 15 minutes in any direction and find a variety of congregations to suit every custom, style and preference. If Lakeview was Hobson’s choice, this was an embarrassment of riches. And opportunities.

Nevertheless, suitable apartments are hard to come by in the middle of a schoolyear, and the charming neighborhood I now call home is a mile and a half west of where I thought I’d be living. Yet, just when it seemed I’d have to forgo regular attendance at the partnership minyan that had, in effect, brought me to Modi’in, I found another a few blocks away. Lechu Neranena. A burgeoning minyan, teeming with passion and plans. And, yes, opportunities.

A friend in Chicago once asked how I manage to adapt so quickly and effortlessly to new places. My answer, “I go to shul,” appeared to disappoint her. But it really is that simple. The joy and beauty of our religion – of most organized religions, actually – is, first and foremost, communal. Of course, one can join any number of clubs and classes to meet people and make friends, but none offers that sense of belonging to something greater than ourselves. None more so than the kehillah. Indeed, some congregations are more welcoming than others. I try not to judge. The point is, we can walk into a synagogue anywhere in the world, and odds are someone will take an interest and, perhaps, invite us for a meal.

A year ago, I could have readily imagined sitting at my dining table again to write another blog, though certainly not here. In this city. In this neighborhood. On this street. The last eight weeks are a veritable blur, but, in many respects, I feel like I never left. That is, until I look out my window. On March 28th, I caught a last breathtaking glimpse of Montrose Harbor as I left my 54th-floor apartment in Lakeview. On this perfect spring morning in Modi’in, the skyline, a picturesque fusion of yellow, red, green and blue, is now at eye level. To be sure, the world looks different from here.

I’ve been blessed with a remarkable family, but I’ve chosen to settle in unfamiliar territory. So, while I can’t possibly anticipate where this new chapter will lead me, I know the kehillah will be key to the choices I make going forward.