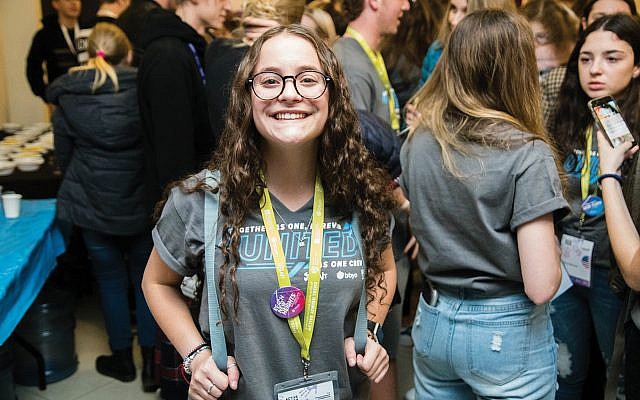 A participant in the recent Active Jewish Teens convention, which brought more than 450 Jewish teenagers from 15 mostly former Soviet-bloc countries to Kiev. Courtesy of AJT

In a suburb of Kiev, Ukraine, on a recent weekend, I turned to a colleague in a conference hall and said, “If someone were to spend just one minute in this room, they would no longer need to be convinced that European Jewry isn’t dead or dying, but would see that it’s strong and getting stronger.”

I was at an Active Jewish Teens (AJT) convention that brought together nearly 450 Jewish teenagers from 15 countries, mostly in the former Soviet Union, to celebrate being Jewish and learn about their traditions and history.

On Friday evening, we packed the teenagers, staff and teachers into an auditorium for Kabbalat Shabbat services. There were not enough siddurim (prayer books) for all the teenagers. I again looked around the room and saw that the kids without siddurim were participating in the service as much as those who had. Each knew the verses of the traditional prayers and melodies, each turned and bowed at the appropriate junctures of the service and each experienced a vibrant connection to the global Jewish people. 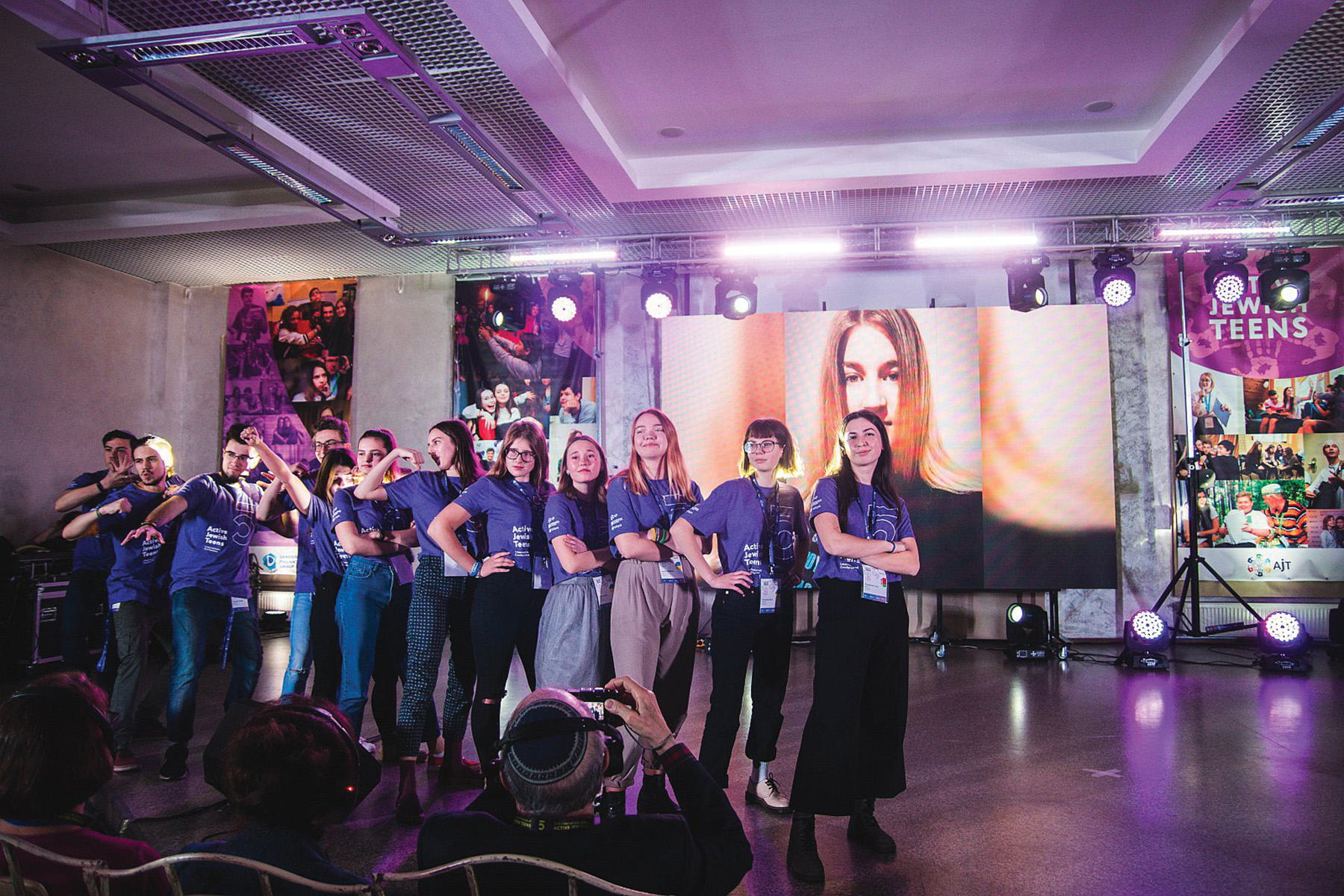 If the AJT convention was any measure, Jewish teen life is thriving throughout Eastern Europe. Courtesy of AJT

This convention was unimaginable only six years ago when I landed in Kharkov, Ukraine, as a fellow with the Joint Distribution Committee, with the goal of setting up a teen club to be partnered with BBYO. We started with three teenagers and the group quickly grew to include dozens. Soon, other communities wanted to learn to create similar clubs.

Today, under the leadership of Alla Magas, who now lives in Moscow, the organization has more than 50 chapters, bringing teenagers together from countries that may be at war, but who are learning more about what makes us similar than what distinguishes us.

Six years ago, Magas and I went to BBYO’s International Convention Washington, D.C., with three Ukrainian teenagers. These teens had never seen so many people excited and celebrating being Jewish together in one room, let alone in one country. Participating in the program was a struggle because of their lack of English skills, but they enjoyed every moment. After returning from the convention to Ukraine, Magas said that she wanted to do something similar in Ukraine for teenage Jews in the former Soviet Union. I said, “I hope one day an International Convention can be in Ukraine, and that Jews from around the world would gather here.”

After that convention Magas started working on that dream.

Unfortunately, the Euromaidan revolution followed by the annexation of Crimea and the continued war in the Donbass region of Ukraine changed my trajectory. JDC evacuated me (and my now wife who was a JDC Fellow in Odessa) from Ukraine. But Magas kept on working on that dream and secured funding for seminars and conferences, including an international conference in Ukraine.

Last year, teenagers from the Baltic countries of Estonia, Latvia, and Lithuania had heard about the AJT convention and made it their mission to come to it.

This year, BBYO sent an American delegation to the AJT convention. Paradoxically, though, in Ukraine I saw the American teenagers participating as well as they could in the lessons about Jewish history and traditions, but they were struggling like the Ukrainian teenagers I had brought to BBYO’s convention six years earlier because the convention was run in Russian.

This year, teenagers from Serbia, Croatia and Hungary heard about the convention through friends in BBYO and Szarvas, a Jewish camp in Hungary, and also attended the convention.

During the convention, I kept hearing about the language barrier that many of the teenagers faced. Many of the Israelis do not speak Russian. The teenagers from the Baltic countries all speak different languages and Russian is their second language. The Americans struggle to understand what is happening in all the sessions. The Croatian, Serbian and Hungarian teenagers had thought there would be more English spoken at the convention. Some staff and teens wondered if next year there should be multiple language tracks.

As I thought about the AJT international conference and this language barrier, an exhilarating thought occurred to me: If our biggest problem is to find ways for 450 Jewish teenagers from 15 countries to communicate at a convention, then it’s clear to me that, as a global Jewish community, we have only good challenges ahead for the future of this continent’s Jews.

Ezra Moses is a planning associate in the Jewish Life Department at UJA-Federation of New York and a master’s candidate at New York University studying public administration and Hebrew and Judaic studies.