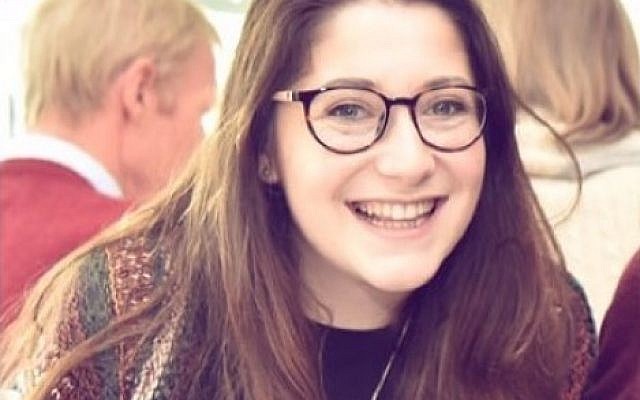 I didn’t grow up particularly religious, but started becoming more involved when I was around 13 or 14 years old. I remember that I always believed in G-d and felt deeply connected somehow, but I just didn’t know what to do with it at that age; I didn’t know how to transform that feeling into action, how to make that feeling mean something and integrate it into the rest of my life. As I started to go to shul more, a couple of my friends’ families would invite me round for Shabbat meals. I loved it. The atmosphere of Shabbat, the singing, the unity, the food (obviously). I remember watching and listening so intently, desperate to learn through every observation, every inference, to figure out what the practices and prayers were, where they came from, what they represented, what these new words mean. And that was how I learnt.

I’m not even sure if it occurred to me at that point that there was any way of learning outside of this; the existence of the texts that sculp the landscapes of our lives remained hidden behind a thin veil of ignorance.

My Talmud journey began when I was around 17 – I’d heard of it as a concept, something that was talked about on Bnei Akiva camps when I was younger, something that the boys seemed to know a lot about, but it was only really through studying Talmud directly that I came to appreciate what it was. I had a Skype chavruta with Rav Ari Faust, the Bnei Akiva Rav Shaliach at the time. It was mostly him reading and translating, with me asking questions and debating concepts, but this was the first time I’d actually seen a page of Talmud. Whilst at university, I would go to occasional shiurim and have chavrutot with friends, again opening up the world of Talmud for myself. I spent a summer learning at Pardes Institute of Jewish Studies in Jerusalem; when I graduated from university and moved back to Leeds, I started learning Talmud with Simon Myerson (my friend’s dad, QC, and a person who showed me true intellectual insight into the methodology of Talmud study); I’m now back at Pardes as part of their year program. I feel that I’ve opened myself up to a whole new world, a world of excitement and curiosity. You can read through pages and pages at pace, or you can spend hours at a time focussing on two words. Whether you agree with the sages or fight against them, whether you’re opening a Talmud for the first time or have been learning for years, you open yourself up to a world of history, debate and fluidity.

I was always the kid who LOVED school – maths, science, English, languages, philosophy… everything. It was the process of learning that I liked: the problem-solving, the intellectualisation, analytics, soaking up new information. I think the same is true now that I’ve come to study Talmud. It’s a combination of Hebrew and Aramaic; it’s an exercise in literary analysis; it’s a lesson in deciphering the sages, in problem-solving and legality. Yes, I enjoy learning the content of Talmud, but, for me, it’s the process that I love – the exploration and the discovery, untangling the text to uncover insight into the conversations that shaped our tradition, our legal system, our collective memory. Gaining an understanding of these discussions, of the midrashic creativity that goes into story-telling and determining halacha, enables us to become part of the conversation, to understand the meaning and rationale behind our Judaism. It is a conversation that women were not a part of, and have had little or no access to throughout history, in some communities even today. It is a conversation that I am proud and excited to be a part of now. There’s really nothing like it.

Jemma Silvert is the Programme Development Coordinator at JOFA UK.