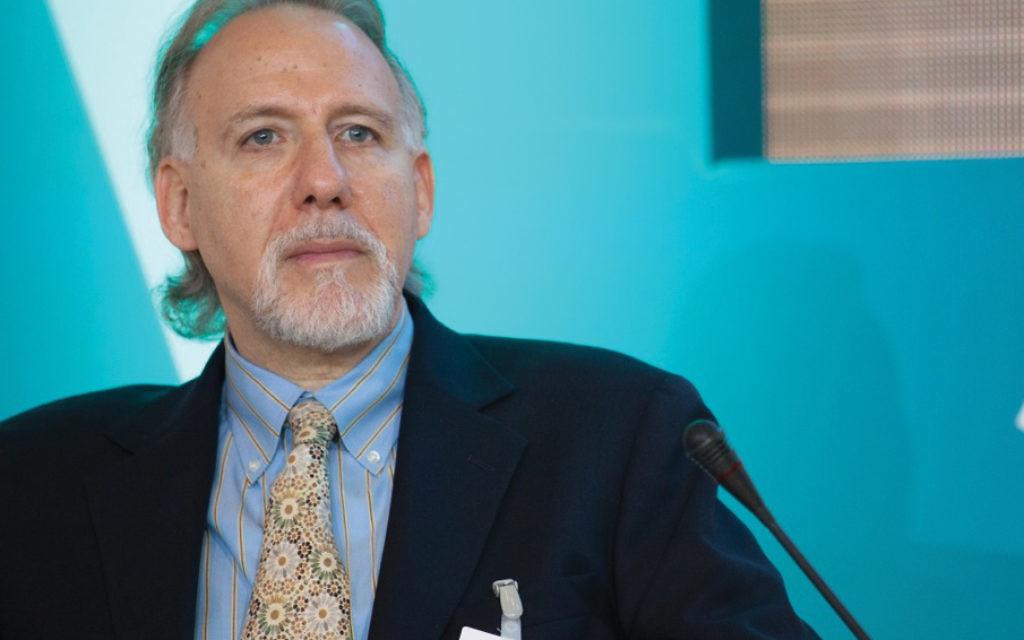 Four months after Jacob Bender, a Jewish filmmaker from Manhattan, was appointed to a symbolically landmark position with an American Muslim organization, he says he is serving as an example of interfaith tolerance.

But a Jewish spokesman in Philadelphia, where Bender is executive director of that city’s branch of the Council on American Islamic Relations, says the historic appointment has not noticeably changed the Jewish community’s ties with CAIR.

Jacob Bender, 63, is the first non-Muslim — and the first Jew — to lead a chapter of the prominent Islamic advocacy group. A Los Angeles native who lives on the Upper West Side, he commutes weekly to Philadelphia, where he serves as the public voice of the city’s Muslims, focusing on countering anti-Muslim discrimination.

“The Muslim community is under attack from Islamophobic forces, and it is the responsibility of people of good will to stand up and say this is a bigoted attack,” Bender says in a telephone interview. “This is in keeping with my life goals.” He has served as a documentary filmmaker in this country and in Israel, where he worked for Yad Vashem and the Ministry of Education.

Adam Kessler, director of Philadelphia’s Jewish Community Relations Council, which coordinates relations with other religions and ethnic groups, says his organization has had no contact with CAIR since Bender joined, and he has not “noticed a change” in the work of Philadelphia’s CAIR chapter, which deals mostly with local issues.

Bender’s appointment is “certainly a step in the right direction,” sending a message of interfaith acceptance in the Muslim community, Kessler says, “but actions speak louder than symbols.”

According to Bender, “I don’t think there was a conscious effort” by CAIR to hire a Jew; he added that his experience as director of several documentaries with Jewish-Islamic themes, and his background in Jewish-Islamic dialogue, made him an appealing candidate.

“The needs of the Muslim community are really the needs of any minority community in the United States,” Iftekhar Hussein, chairman of CAIR-Philadelphia’s board of directors, said in a prepared statement when Bender’s appointment was announced. “Jacob, being Jewish, understands that from his own background.”

Bender says his appointment drew attention in the general community and a “warm reception” in Muslim circles. The reaction was less enthusiastic among some Jews. “Some folks in the Jewish community have been less than kind about my appointment, and accused me of being a ‘traitor’ to my people.”

Some coverage of Bender’s appointment highlighted his longtime involvement in interfaith activities, but some websites called him an “Israel-hating leftist Jewish traitor” (barenakedislam.com) and “CAIR’s Court Jew” (frontpagemag.com).

While CAIR has defended the right of Muslim women to wear the hijab head covering on the workplace, worked against anti-Muslim stereotypes in the media, and conducted diversity/sensitivity training seminars for members of the FBI and U.S. military, the Anti-Defamation League has accused CAIR of holding “extreme positions” on Israel and having links to individuals and groups that had expressed support for terror organizations.

Abraham Foxman, national director of the Anti-Defamation League, said he will reserve judgment on Bender’s appointment. “Only time will tell,” Foxman said. “The fact that he is Jewish does not indicate, necessarily, a change of attitude and activity at CAIR. Unfortunately, there are Jews who are anti-Jewish and anti-Israel. Bender’s views that are already on the record are not encouraging. But we will wait and see.”