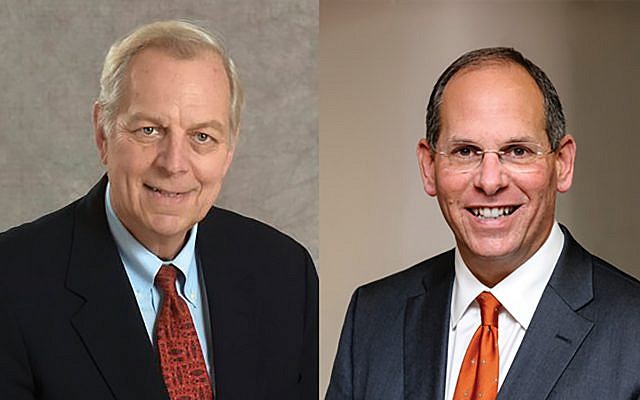 Jewish tradition assigns extraordinary value to human life. Creating life, saving life and not taking life are fundamental principles of Jewish morality, ethics and halacha. What then to make of current discussions regarding physician-assisted suicide (PAS) or, as its proponents call it, medical assistance in dying? PAS is when a physician prescribes a lethal dose of medication at the request of a terminally ill, competent patient, who then ingests the lethal medication himself. The issue is important and current: In the past several weeks, hearings were held in the New York State Assembly on proposed legislation to legalize PAS, which is already legal in seven states with efforts in several more to have it legalized.

PAS is also legal in several Western European countries. Some even permit euthanasia, so called “mercy killing,” when a physician injects a patient with intractable physical or emotional suffering who requests it, with a lethal dose of medication.

Let us state at the outset that we are unalterably opposed to PAS. We found chilling the sympathetic portrayal in a long article last year in The New York Times of a case of euthanasia in Canada that required three rounds of lethal medications administered by a physician before the patient finally died.

The Medical Aid in Dying Act currently under consideration in the New York State legislature is modeled on Oregon’s pioneering Death with Dignity Act passed in 1997. This law allows physician to prescribe drugs intended for suicide to competent patients who request them and who have been given a diagnosis of a terminal illness with a life expectancy of less than six months but who are not imminently dying. A recent opinion piece in the prestigious New England Journal of Medicine advocated for physician-assisted suicide even for patients suffering from intractable depression. Aside from the fact that PAS and euthanasia are not permitted by Jewish law, we strongly oppose legalizing these acts because of our fear that such statutes will diminish the sanctity of life and inevitably lead to the idea that some lives — of the sick or elderly or poor or handicapped — have less value than others.

We also feel that involving doctors in actions with the intent of taking a life will irrevocably demean the profession and lead to a slippery slope where euthanasia will inevitably be legalized. If patient autonomy and death with dignity are the main goals of advocates of PAS and euthanasia, then it is hard to see what arguments can be marshalled to compromise the autonomy of suffering patients who wish the right not only to have physicians assist them in suicide but to have physicians put them to death as well.

However, we think it important to address the legitimate concerns expressed by proponents of legalization that are based on respect for patient autonomy and relief of intractable suffering.

We make an important distinction between ethically removing impediments to death that prolong the suffering of actively dying patients, and unethically enabling suffering, terminally ill patients to commit suicide. We think the Talmud recognizes this distinction also. The accounts of the deaths of Rabbi Judah the Prince — Yehuda haNasi — and Chanania ben Tradyon indicate to us that in the face of untreatable suffering and active dying, interventions that prolong the dying process without providing any relief from suffering may be withheld or withdrawn. However, the Talmud makes very clear that actions taken with the intent to cause death are strictly prohibited.

It is important to analyze the circumstances that make patients desire death. And once they are identified, what should we do to ameliorate them?

Persons who have requested physician-assisted suicide in the U.S. most often have cancer. Half are between the ages of 55-74 and half are 75 or older. Studies indicate that the most common reason for requests for PAS or euthanasia is not intractable pain, but other factors: the loss of independence that often comes with chronic illness, the desire to be in control of the manner and timing of one’s death, the loss of pleasure in activities that used to make life enjoyable, a desire not to be a burden on friends and family, and loneliness. We have seen these concerns and fears in our own patients. These are very real concerns, and they are likely to become more and more common in the coming years as large numbers of baby boomers reach old age. Life expectancy continues to increase, cancer and chronic illness are common in older people, and many persons find themselves living alone, economically vulnerable and in need of chronic nursing care or home services.

As physicians, it is our duty to do everything we can to ease the physical and mental pain that our patients experience. As members of society at large we have another obligation: to ensure that the needs of people with chronic illness and disability are met. We cannot as a society be indifferent to the needs of such people to the extent that they feel that death is preferable to life. Palliative care services that treat chronic pain and social services that provide care to terminally ill patients at home are often not available, or too expensive. This sends a not-so-subtle message that the lives of people who need those services are themselves undervalued. The Judeo-Christian tradition is very clear that all lives are of infinite and equal value. If we take that tradition seriously, we need to act on it.

It is not enough to say that euthanasia and physician assisted suicide are forbidden. We must act so that they are rarely desired in the first place. This requires concrete action within our families, our communities and society at large. Home care, home nursing assistance and social services must be dramatically more affordable and available, and we should call on our communities and government officials to make the necessary resources available.