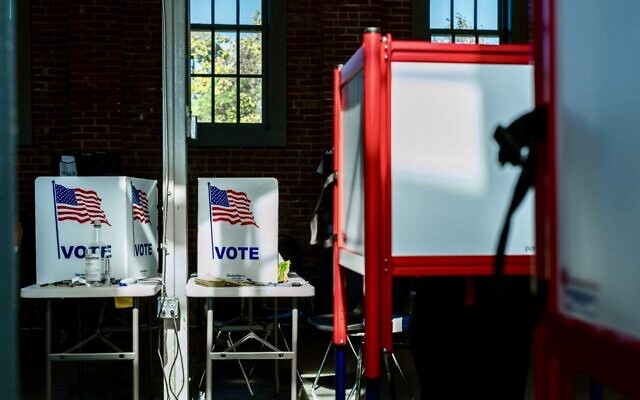 Aaron Dorfman rejects the idea that the right to vote is a partisan issue.

“For hundreds of years, we have aspired to the idea, not always successfully, that every citizen should vote. It’s a bedrock of our democracy,” says Dorfman, the president of The Lippman Kanfer Foundation for Living Torah. “The fact that any one candidate is trying to prevent that does not mean that advocating for the right to vote is a partisan issue.”

With that right seemingly under attack from various directions — restrictive voter ID laws, voter roll purges, voter intimidation and President Trump’s regular assaults on the integrity of mail-in voting – the Lippman Kanfer Foundation is taking action. Its Free&Fair: Our Duty to Democracy campaign is providing Jewish leaders and communities with resources to respond to confusion over voting procedures, the possibility of a contested election and the grim potential for political violence.

The campaign is also asking Jewish organizations to close their offices on Election Day, to allow staff to vote and engage with the process.

Dorfman spoke to The Jewish Week from his home in Brooklyn about threats to election integrity, how faith communities can make a difference, and why a philanthropy dedicated to Jewish education and social justice has pivoted to promote the health of American democracy.

Your campaign focuses on empowering the Jewish American community to get active in fighting voter suppression and standing up for election integrity. Why is this an issue for a faith community or an ethnic community?

It’s less about voter suppression than it is about broader questions about election integrity, democracy, a smooth transition of power and the potential for political violence. Recent research found that 19 percent of Democrats and 20 percent of Republicans would consider violence a reasonable response to the opposing side winning, and 20 percent of Biden supporters and one-third of Trump supporters would consider the opposing candidate’s victory presumptively illegitimate. There are questions about the post office’s ability to deliver mail-in ballots. It’s not only about voter suppression. 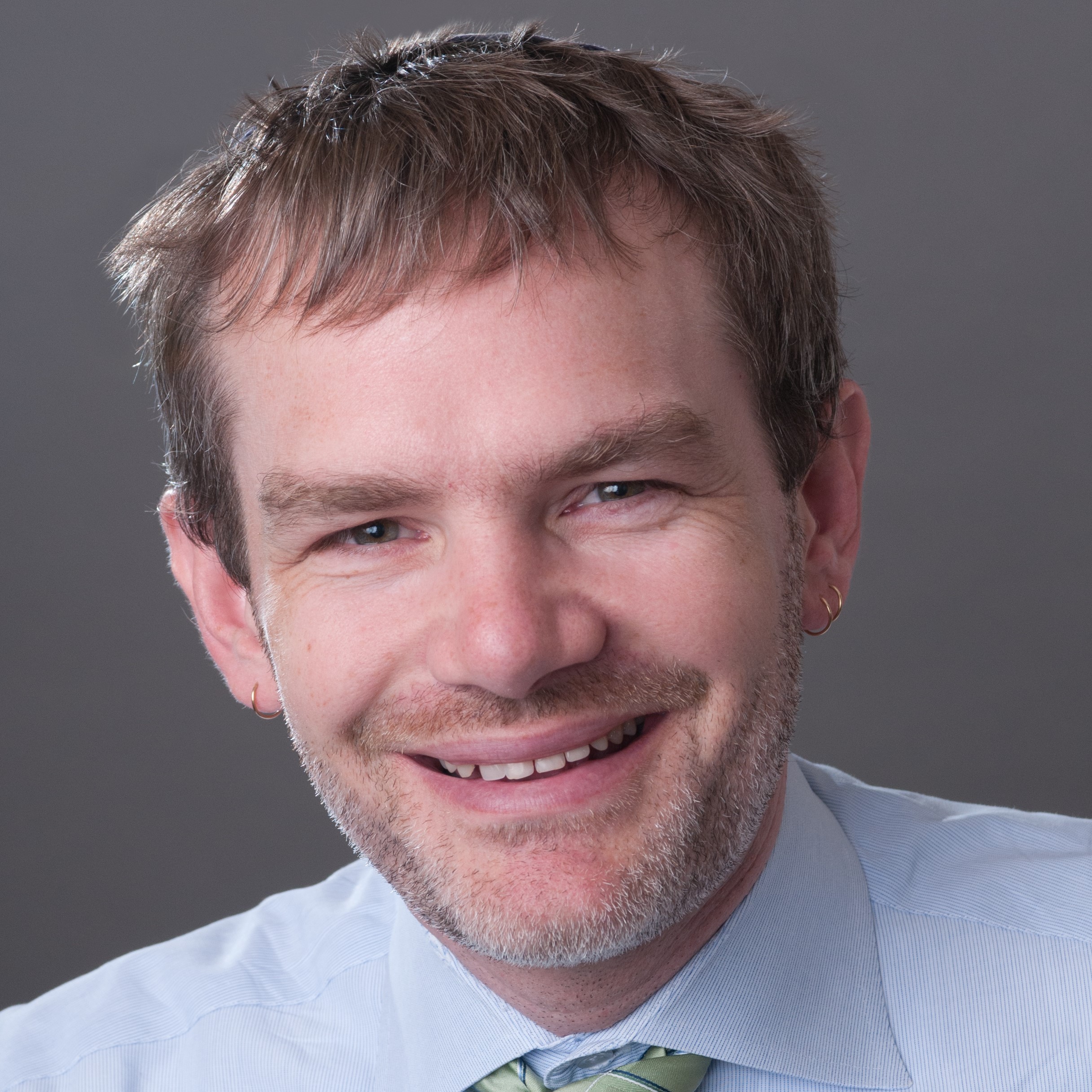 As for the role the Jewish community can play, we’re focused on a couple of things in the context of a broader national effort to prepare people for a uniquely complicated election. Alongside other kinds of civic infrastructure, faith leaders and communal leaders are able to do two things – the first is educate and prepare their communities for this cycle by providing information, countering disinformation and, for example, reassuring people that even though the election may not be called on Nov. 3, the system is doing its job and it’s not evidence of fraud.

Second, faith communities hold a moral voice. If  there is pressure to end the counting before absentee ballots are counted, or claims of victory before results are certified, it’s the role of faith leaders to say, at the grasstops, “this is not okay,” and as leaders of grassroots peaceful protest movements, to say these are things we need to focus on.

How did civics and democracy become a focus of a Jewish foundation? I assume it has something to do with how you define “Living Torah” in the foundation’s name.

The foundation’s historical focus has been in Jewish education and social justice – applying Jewish wisdom to universal human questions, from end of life to mental health to climate change. After the 2016 election, democracy and civic engagement, and our role as citizens of this country, became a focus and Free&Fair is a natural outgrowth of this.

I think it is fair to say that most of the impetus for voter suppression — last-minute filings to impede voting access, restricting the number of ballot return boxes, planting unofficial ballot drop boxes, and in general making voting as difficult as possible — is coming mostly from one side of the aisle. How do you stay nonpartisan?

You are right, the greatest threats to the integrity of the election and the health of our democracy are coming from one side of this fight more than another. However, we do not believe that the fact that a candidate or party attacks a core democratic norm or institution means that defending that institution is partisan. Until three weeks ago, a commitment to a peaceful transition of power was not a partisan commitment, and now people are saying it is. We do not accept that.

Until three weeks ago, a commitment to a peaceful transition of power was not a partisan commitment.

And to be very honest we are seeing things on both sides that make us nervous, like the double digits who think violence is legitimate expression. I am conscious that this is not one-sided. I would vastly prefer a landslide election in either direction than a constitutional crisis. That’s a much better outcome for this country, regardless of my political or ideological orientation.

What does a user find when they go to your site?

We started this whirlwind process by convening the heads of about 20 national Jewish organizations, ranging from the politically engaged to the intensely apolitical, asking what they and their constituencies need. A few things surfaced, including a need for high quality, non-partisan information. For that we sourced information from the National Task Force on Election Crises on voting procedures, and what the process is following Election Day for states to certify results and name electors, so that the Jewish community can disseminate that information and counter disinformation.

Next we have trainings. For example, next week we’re sponsoring a training by an organization called Bolder Advocacy on what 501(c)(3) organizations can and can’t say within their legal framework. And we’ll have another with Project Over Zero, which will focus on how community leaders can manage and mitigate political violence.

And the third channel is a rallying cry for action, and that’s asking Jewish organizations to close on Election Day, to make sure that their employees have all the time they need to vote, to give their employees an opportunity to engage in election-related civic engagement – and because it is powerful for Jewish communities to make a real statement that our democracy is really important.

There are a lot of levers for ensuring fair elections, maybe starting with the top with the Supreme Court, the executive branch, then moving through the legislatures, law enforcement, the media, houses of worship, before you get to the grassroots. In terms of effective institutions in this fight, where are you placing your bets?

I stopped believing that I have any special wisdom. We’re focused on our national moment and that we can we make a difference around two of the layers you just described – the role that religious leaders play as voices of moral courage and the role of people power. That’s one of the amazing things about this country, that citizens are able to exercise their voice in really powerful ways. Erica Chenoweth at the Kennedy School of Government has studied nonviolent protest movements around the world and showed that when you are able to mobilize at least three-and-a-half percent of the population, they basically become an unstoppable force.

What big organizations are on board with you?

The Union for Reform Judaism, the Religious Action Center, the United Synagogue of Conservative Judaism – they’ve been great. Twenty organizations have taken the pledge to close on Election Day. The Jewish Council for Public Affairs, National Council of Jewish Women, Avodah, the JCRC of St. Louis – they’re closing.

Do you have unexpected allies – perhaps conservative groups or foundations or Orthodox groups that sometimes hesitate to go into coalitions with left-leaning groups or causes considered left-leaning?

We did a fair bit of outreach to Republican-leaning institutions and Orthodox institutions that we tried to engage – we’re still doing that — and have not had significant success yet. We would love to have many such partners so are actively continuing those conversations.

There are accusations from the right that the concerns surrounding voter suppression are just ways to sow divisions and discredit Trump. Are efforts like yours fanning distrust of the system?

The key point I highlight is that I hope that we have a free and fair election, that all the votes are counted, that there is not a contested election and that we see a peaceful transition of power. The best-case scenario is that what we put into this will have been a complete waste of time and effort, and that after Nov. 3 we can hang a “gone fishing” sign on this website and get back to our other important work.