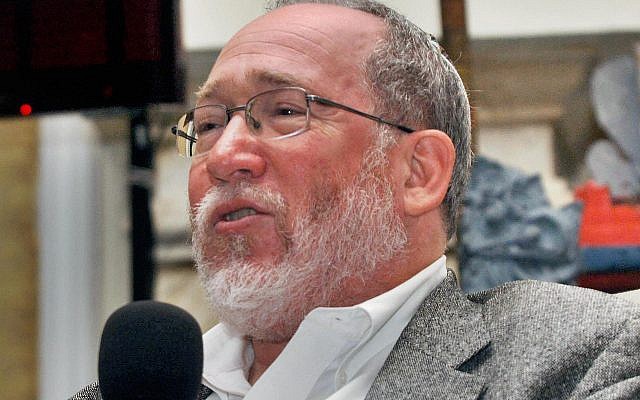 Rabbi Daniel Landes delivers a speech at a conference in Jimbaran, on Bali island, June 12, 2007. JTA

JERUSALEM (JTA) — A gay rabbinical student denied ordination by a liberal Orthodox seminary in New York will become a rabbi under the auspices of an Orthodox rabbi here on Sunday, the Jewish Telegraphic Agency has learned.

Daniel Atwood, 27, was informed earlier this year that he would not be ordained after completing his studies at New York’s Yeshivat Chovevei Torah despite the school previously saying it would ordain him. While there has been a significant increase in empathy for LGBT Jews in recent years within the Orthodox community, inclusion has rarely reached the level of communal leadership, and same-sex marriage is universally prohibited.

During an interview Wednesday with JTA, Rabbi Daniel Landes — until recently the longtime head of the co-ed, nondemoninational Pardes Institute of Jewish Studies in Jerusalem — announced that he would ordain Atwood during a semichah, or ordination, ceremony for a group of his students on Sunday. Landes, who is Orthodox and politically progressive, has made waves previously for granting ordination to Orthodox women.

“I wouldn’t have done it unless he took a thorough test and I had heard from others that he knew his stuff,” Landes said. “I think that people really trying to serve the Jewish people should be looked after and that I have a small role in that. And when they are totally outstanding I want to be helpful.”

Stressing that he had no problem with Yeshivat Chovevei Torah, Landes described Atwood as a “gift” who would be able to provide guidance to an Orthodox gay community that is “underserved.”

“He’s who we want out there” working with the gay population, Landes said. “You need somebody on your side sometimes.”