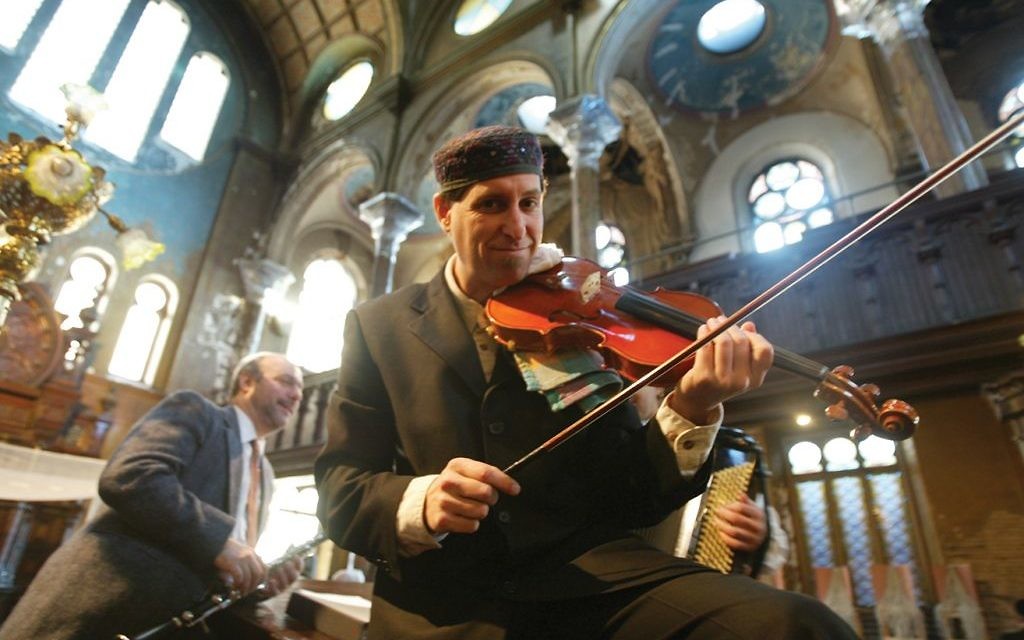 Harbin might be the last place on earth you’d expect to have a Jewish history. The capital and largest city of Heilongjiang, China’s northernmost province, its name means “place for drying fishnets,” not a notably Jewish enterprise. But at the end of the 19th century, this Manchurian fishing village became a railroad boomtown when the Russian government secured a land concession under which it would build the Chinese Eastern Railway as an extension of the Trans-Siberian system.

Harbin was flooded with Russian workers, a lot of them Ukrainian and Siberian Jews, and the result was an unlikely but thriving Jewish community in a remote bit of China.

It sounds a little like the Lower East Side, where Chinese- and Jewish-American populations have existed side-by-side for a century. All of which provides the Museum at Eldridge Street with a perfect reason to host a concert exploring the cross-cultural pollination of Harbin with a May 26 concert featuring Yael Strom’s klez/world music group, Hot Pstromi, and the EastRiver Ensemble.

“Harbin isn’t that far from Birobidzhan, so I knew a bit about it,” Strom told The Jewish Week, referring to the Stalin-era Jewish Autonomous Region which he documented in his 2002 film “L’Chayim, Comrade Stalin.”

“The Chinese government leased land to the Russians and both saw that this could be a commercial zone,” Strom continued. “The Jews saw the potential and started little trading posts. They were former soldiers, traders and refugees from the pogroms.”

He also notes that there was contact with the Uighur culture, indigenous Muslim Chinese, and influences from Iraqi Jews and others wafted along the Silk Road trading routes. But the predominant Jewish musical flavoring was Russian, and the concert will reflect that in Hot Pstromi’s contributions.

Strom says, “I was searching for material and I learned of a group called Zimro, started with the encouragement of [Sergei] Prokofiev, who asked his Jewish colleagues and students, ‘Where are your Jewish composers?’”

Neil W. Levin, in liner notes for a Milken Archive collection that includes “Children’s Suite” by Joseph Achron, a Prokofiev protégé, wrote, “The Zimro Ensemble was a group of six fervently Zionist Russian Jewish émigré musicians who had been associated with the . . . [Society for Jewish Folk Music] in St. Petersburg and its related New National School in Jewish music. They were also former fellow students of Prokofiev at the Petersburg Conservatory. The group had been formed following the Bolshevik Revolution in order to expose and promote … Jewish-themed, cultivated art music comprising both sophisticated arrangements and original compositions drawn upon elements of Jewish musical folklore and literature. … It had … an untried and unexplored combination of clarinet, string quartet, and piano, which amounted to a ‘new sound’ in chamber music generally and in Jewish folk-derived music in particular.”

Among its adherents, Strom notes, was Simeon Bellison, a clarinetist who would number among his students klezmer giant Dave Tarras.

Intriguingly, the EastRiver Ensemble, led by percussionist and ethnographer Julie Tay, is another manifestation of a musical diaspora. The group’s members are musicians who played previously in major Chinese orchestras and who now dedicate themselves to reinventing Chinese traditional music for their adopted American home.

To this day, Harbin is a city known for its musical heritage. In 2010 it was chosen by UNESCO as one of its “cities of music,” and it is home to a musical conservatory founded by Alexander Glazunov in 1925.

And there still is a small Jewish presence in Harbin. An Israeli academic, professor Dan Ben-Canaan, teaches in the School of Western Studies in Heilongjiang University and is director of the Sino-Israel Research and Study Center there.

As for a Chinese-Jewish musical blend, Strom admits that the collision of pentatonic scales and Middle-Eastern modes might be a difficult one but, he promised, “We’ll come together on a few tunes.”

Hot Pstromi and the EastRiver Ensemble will perform a program of Yiddish and Chinese music celebrating the city of Harbin on Thursday, May 26, 7 p.m. at the Museum at Eldridge Street (12 Eldridge St, between Canal and Division). For information, call (212) 219-0302 or go to www.eldridgestreet.org.