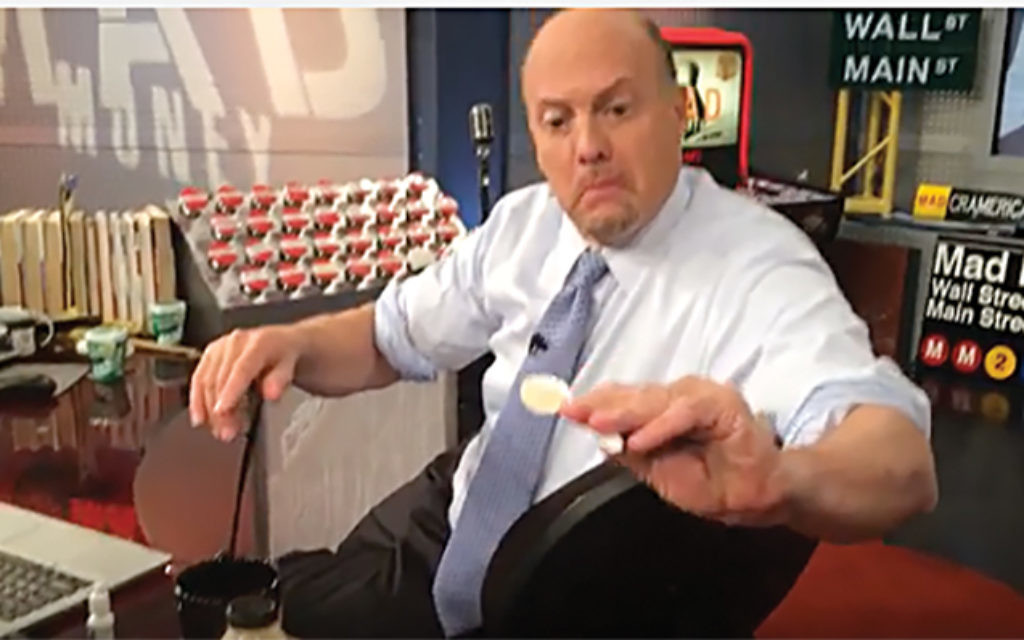 At the seders of Rob Densen’s New Jersey childhood, the annual get-togethers were a time not only of family reunion and religious ritual, but also of gastronomic one-upmanship. “In my family there was a subtle competition — who can eat the most and hottest amount of horseradish,” he says.

This year the Manhattan-based, veteran corporate marketer has taken his family tradition international.

Densen proposed, designed and helped promote a Horseradish Challenge (horseradishchallenge.com, #horseradishchallenge), which began in the month before Passover as a fundraiser for the Hebrew University of Jerusalem, a favored recipient of his philanthropic work.

The challenge, under the auspices of the school’s American Friends affiliate, was inspired by the successful Ice Bucket Challenge that raised millions of dollars in 2014 and 2015 for research on ALS (aka Lou Gehrig’s Disease).

“It’s timely, it’s entertaining, it’s easy, it’s a fun thing for people to do with their friends and family,” says Eileen Hume, American Friends’ chief marketing officer. “This initiative is our first foray into a new way of communicating with the next generation — a social media campaign.”

Instead of dumping frozen water over one’s head, participants have only to eat a teaspoonful of the seder staple (preferably the fresh stuff, not the bottled version), record the consumption on video, post it on social media (Facebook, Twitter, Instagram or YouTube), donate $20 ($40 for folks who eschew the actual eating; matzah is a permitted substitute), and challenge three friends to do likewise.

It’s quick and simple. “You don’t need to change your clothes” after a frigid dousing, Densen says. And it’s not fattening — only two calories in a teaspoon of Armoracia rusticana, as horseradish is called in botany class.

“There are a million challenges” — competitive fundraising ventures ranging from five-kilometer runs to swimming-the-English-Channel dares — “out there,” he says. Densen wanted one with a — literally — Jewish flavor. Horseradish was a natural. “I’m a brand builder,” he says. “This is good for the brand of the Jewish people.”

“This is not a Jewish activity, per se,” he adds. “It’s expanding the tent of support for Hebrew University.” Funds raised (some $20,000 in the weeks since Densen approached some of his friends, like Jim Cramer, host of CNBC’s “Mad Money,” and entrepreneur Peter Samuelson) will benefit Hebrew University’s First Star Academy for at-risk foster youth and its Center for the Study of Multiculturalism and Diversity.

And it’s not a Pesach-only event. “I hope it goes on year-round.”

It’s intended for adults only; the challenge website’s waiver and release agreement cautions that “it is possible that participation … could result in injury, permanent disability or, in extreme cases, death.” In other words, you can try this at home, but use common sense.

Densen will join relatives in New Jersey for the seders this week. Most of his mischpoche has already taken part in the horseradish challenge, he says. In case some people at the table haven’t, “I will challenge people at the seder.”