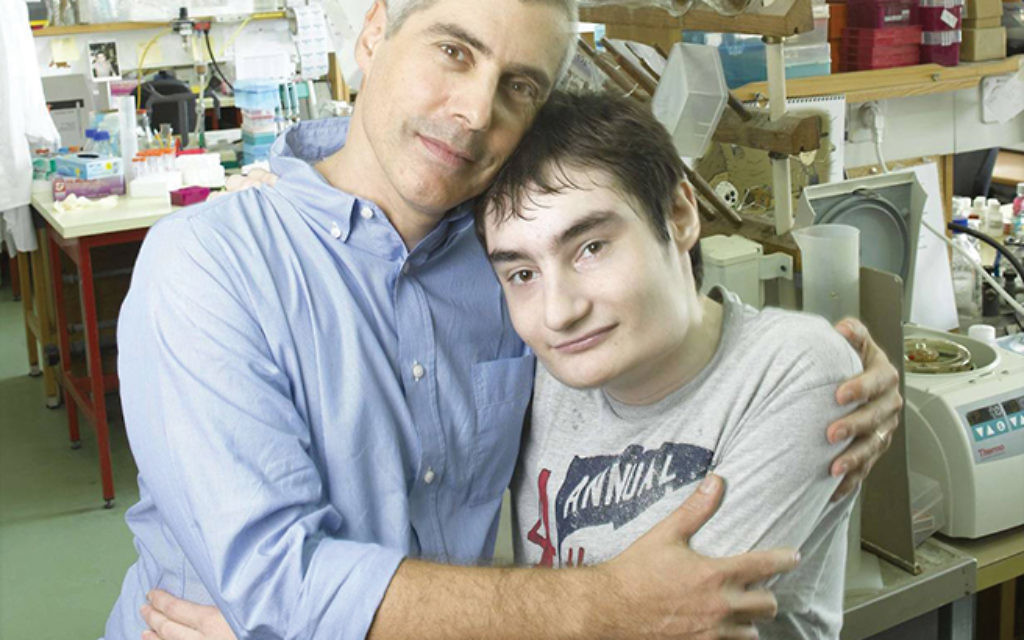 As a child growing up in Argentina, Miguel Weil developed an academic interest in science. At 6, with his brother’s help, he memorized a chart of the human anatomy.

The founder and director of the Cell Screening Facility for Personalized Medicine at Tel Aviv University, Weil is, at 53, a recognized authority in the international search for potential drug therapies for FD and other orphan, or rare, diseases. His specialty is developing “personalized” (unique to the few people with a particular disease) treatments derived from his research with stem cells isolated from biopsy samples of patients who have the targeted disease.

FD is one of the rarest. Only about 250 people in the world, nearly all of them Ashkenazic Jews, have it. There is no cure.

The result of mutations in the IKBKAP gene on chromosome 9, the mutation leads to decreased production of the vital IKAP protein, which impedes the development and survival of certain nerve cells. Frequent symptoms include drooling, poor muscle tone, excessive sweating, frequent lung infections or pneumonia, wide swings in blood pressure and sensory-motor coordination.

Early on, Nir had “not all” of the FD symptoms, Weil said; he did not specify.

“He’s fine,” Weil said of his son. A veteran of Israel’s National Service program, Nir has worked in a laboratory that conducts Alzheimer’s Disease research, and now works in his father’s lab. Naturally curious, Nir dabbles in movie-script writing, Weil told The Jewish Week in a phone interview from Israel. His two other children are disease-free.

When Nir was diagnosed with FD, his father, who had made aliyah in 1983 and later became a Tel Aviv University faculty member in 1998, decided to devote his research to finding cures for FD and other orphan diseases on which pharmaceutical companies spend far less money than on cures for diseases that affect a larger number of people.

Weil felt “a responsibility for the next generation” of people with such rare diseases, and their families, he said. “Studying Nir’s disease brought me to understand other diseases.”

When Nir began developing symptoms, “not every physician” to whom Weil and his wife took their infant son was familiar with FD. “The average one had never heard” of FD.

“I quickly became an expert in it,” Weil said. “You cannot rely on the [medical] system.”

Without a present cure for FD, “there’s only palliative treatments” that alleviate pain and some of the symptoms, he said.

His molecular biology research is using cell-based measurements of drugs’ or other biochemical treatments’ affect on organisms or organic samples to change “sick” cells to healthy ones.

A cure for FD is not around the corner, Weil said.

“As a father I would be happy to be there already. “As a scientist,” he said, he regrets that his research is not proceeding “at the desired pace.”

“We have made a lot of progress,” Weil said. “Today, we know where to look. We understand what the problem is. I’m confident we’re on the right track.

When is a cure for FD likely? Weil declined to predict.

“I don’t know when, but I know how,” he said. “I’m sure that at the end, there will be some” relief for people with FD. “If not for Nir, then for others.”