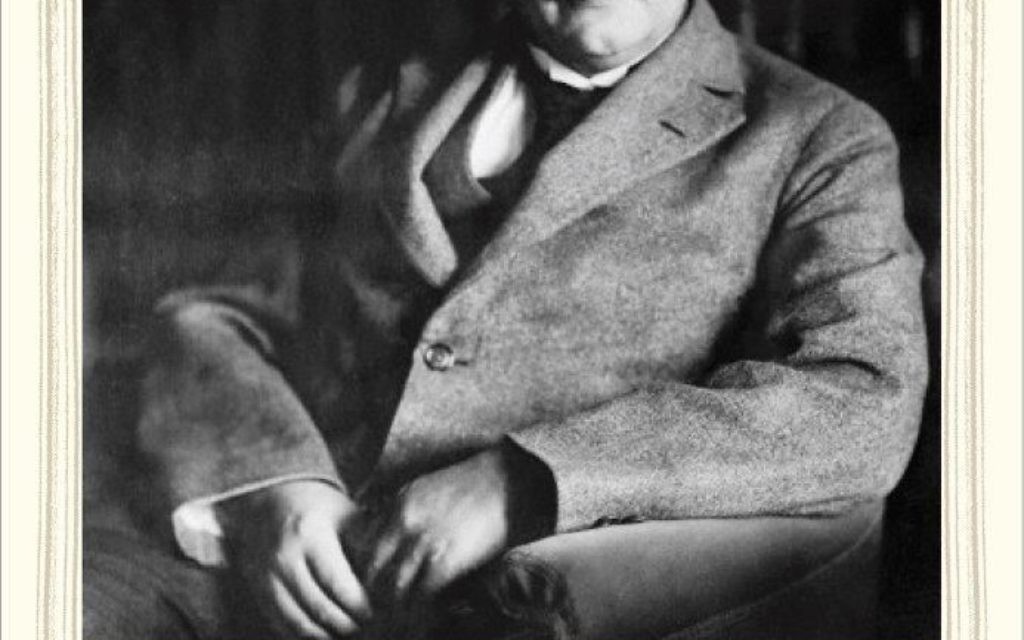 One hundred years ago this week, Albert Einstein published his theory of relativity, forever transforming the way we think about space and time. Since then, so many scores of books have been written about this great scientific luminary that you might well ask—why the need for another biography of Einstein?

This newest version, "Einstein: His Space and Times” by Steven Gimbel, however, has something new to add to the story. In this telling, which is part of the Jewish Lives series (Yale University Press), Gimbel deliberately frames Einstein in the context of his time and place, a secular Jew of 20th century Germany.

Unlike many of the Einstein tomes already published, this is a small book, readable in a sitting or two. Gimbel’s gift is to explain Einstein's complex concepts in terms that are intelligible and understandable even to the most science-averse of readers. He makes clear not only how Einstein’s theories both fit into and exploded the prevailing scientific wisdoms of the times, but how they were part of Einstein’s general weltanschauung.

The first half of the book chronicles Einstein’s early life and activities, his schooling, family life, marriages, conflicts, discoveries and eventual renown and even celebrity. The second half describes the contemplative Einstein, who used his fame and acclaim to disperse his ideas and humanist philosophy. Part of what makes this book such a pleasure to read is Gimbel’s interspersing of anecdotes and quotes by and about Einstein which give us a sense, so many years later, of the scientist-philosopher’s wit and humor and the inviting atmosphere he created around him.

For Einstein, the universe was logical and predictable, governed by mathematical laws and subject to fixed rules, which must and could be deduced through human reasoning. A system which would deny those rules and posit either the authority of a whimsical divinity or a wrong-minded government became anathema to him. Accordingly, at an early age, Einstein renounced both his family’s Judaism along with the militaristic chauvinism that permeated German culture. In their place, he created his own philosophic life system, which combined a distrust of dogma with a universalist belief in the power of cooperation and tolerance.

Over time, even as he remained an avowed pacifist and anti-authoritarian, he recognized that he could not escape being a Jew: that the anti-Semitism that was part of the European psyche would never allow him to stand apart from his Jewishness. In the early 1920s, he came increasingly to understand the need for a Jewish homeland, both as a refuge from the world’s enmity, and as a place where an idealized version of Judaism, grounded in a universalistic learning and intellect could be created. He imagined and hoped for the Hebrew University as a center of that utopian vision.

But the Realpolitik of Israel, especially in relation to its Arab residents and neighbors, did not gibe with Einstein’s vision of the new country as a beacon of reason and peace. Although he maintained hope and love for the new country until his final days, he sadly recognized that it would and could not be the place he had dreamed of.

On this 100th anniversary year of Einstein’s discovery of general relativity, Gimbel provides an insightful look at Einstein, at the times that molded him, and that he helped mold in turn.