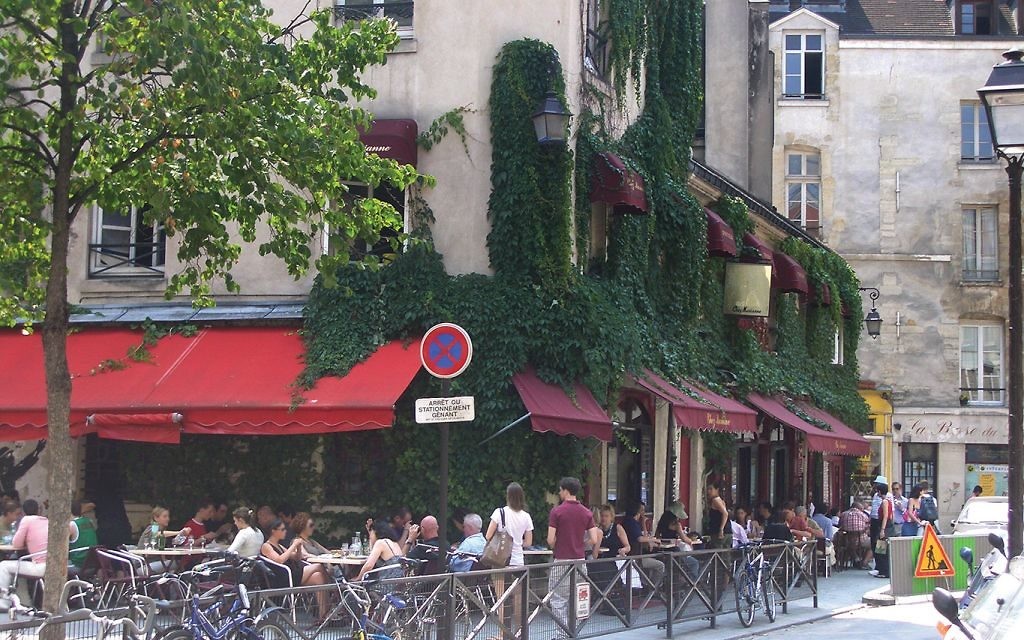 Paris, the shimmering City of Light, is under siege as I write this. For many Americans, the coordinated terrorist attacks that paralyzed the city felt like a punch in the gut — a sensation all the more sickening because Paris is among the most familiar and beloved of foreign destinations.

For lovers, Paris is the capital of romance; for bibliophiles, it is a mecca of literature; and for Jews, it a touchstone of European Jewish civilization, the Continental counterpart to New York’s Jewish cosmopolitanism. While there are no reports of a specifically anti-Semitic dimension to last weekend’s massacre — though it has been pointed out that the Bataclan theater, site of the most deaths, has had Jewish owners — the second Paris terrorist attack in less than a year, with the first having targeted a kosher supermarket, puts Jews everywhere on edge.

I am in Paris at least once a year, mostly passing through en route to other parts of Europe. However brief, my sojourn is always a pleasure. The pleasures of Paris, in fact, collectively epitomize the kind of society — progressive, pluralistic, unabashedly hedonistic — that provokes the terrorists’ twisted rage.

So this is a column to celebrate those pleasures, highlighting corners of Paris that exemplify this delightful cosmopolitanism.

The very soul of modern France — enshrined in an inclusive policy of liberté, egalité, fraternité — is an existential rebuke to the kind of petty sectarianism that poisons so much of the world. Every French citizen is by definition equally French, the way every native-born American is equally American. While obviously more complicated in practice, the liberal-minded diversity fostered by this policy results in a cultural dynamism unique to open societies.

I feel this dynamism in the halls of the Centre Pompidou, Paris’s great modern art museum, where there is always something unexpected on view. Right now, for example, the Pompidou features a retrospective of the Cuban painter Wifredo Lam, who fused the disparate currents of early 20th-century painting with elements of his Afro-Chinese heritage, along with an exhibit of photographs of Cuba by the French New Wave filmmaker Agnès Varda.

I love to explore the city’s characteristic lanes surrounding the Pompidou — popping into tiny patisseries, browsing through dusty booksellers, and savoring the lingering flavors of old Paris preserved in these mom-and-pop businesses. Amid skyrocketing real-estate prices, such businesses continue to exist because of heavy regulations favoring the preservation of cultural and retail traditions — a civic commitment that sets Paris apart.

For me, the spirit of Paris is evident in the sprawling diversity of its Right Bank. You start amid the institutional grandeur of the Louvre, the gardens of the Tuileries and the haute shopping of Rue Rivoli; wend through quarters full of cafés and museums; and end up in the lively residential districts that personify modern-day Paris.

Jewish life goes well beyond the clichés of the increasingly gay, increasingly hipster Marais, but you’d be hard-pressed to find a place more exuberantly expressive of the values that ISIS abhors. Like the neighborhoods in every great city, the Marais retains its ethnic character while absorbing new currents, from the spices of North Africa to the accents of Russian newcomers.

A bit further north is Belleville. Historically a working-class Jewish district, Belleville today is more diverse than ever — home to artist ateliers, immigrants from around the Mediterranean rim, a small Chinatown, Sephardic Jewish families, and a spectacular hilltop park with views over the city.

Paris has museums dedicated to wine, perfume, Jewish history, eroticism, hunting, Medieval Europe, magic, Victor Hugo — and of course, art representing virtually every period, genre, and origin. When the Musée du Quai Branly opened a few years back, its focus on indigenous art of Oceania, Africa, and Asia was seen as a gesture both corrective and inclusive — an acknowledgment that this most aesthetic of global cities should engage a more global aesthetic.

Thinking over my recent experiences in Paris, I realized all of the Parisians I know personally are ethnic and cultural hybrids. They include my Mexican-Jewish-American cousin, who married an aerospace engineer from Lorraine; her French-born high-school friend from Dallas; a colleague from Barcelona who grew up in an upwardly mobile Moroccan-Parisian immigrant family; and an Israeli composer, a classmate from Columbia, who married a French-American Jew.

This human mélange — more than any museum or monument — is the most beguiling aspect of Paris, as it is of New York, and there are no words for the tragedy of the loss of so many cosmopolites in the attack. They, and their collective human energy, are the reason we will return to Paris — as we return to Israel, to Madrid, to London, and to so many other urban centers that will always feel a little more vulnerable now.