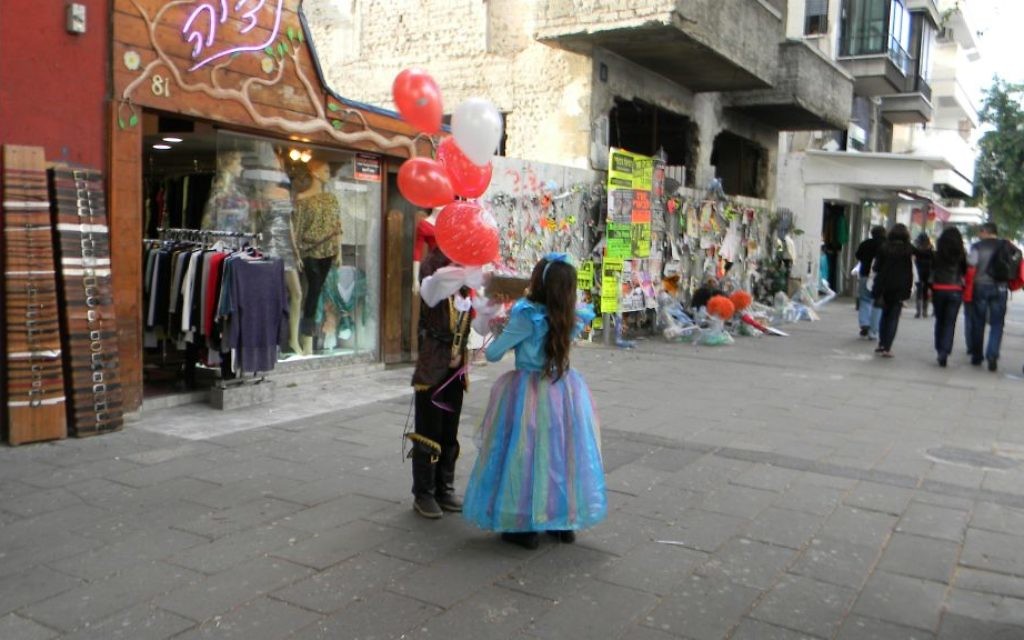 I didn’t plan it this way, but my travel schedule today and tomorrow is a Purim-lover’s delight.

I write from the beautiful, modern, growing city of Modi'in, where (the heavily American-born) population is in the throes of celebrating the joyous festival. After the Purim seudah, it’s off to Jerusalem, where Purim is traditionally observed a day later on Shushan Purim, which applies to “walled cities,” and even though only the Old City of Jerusalem is actually enclosed, the custom is to do so in the entire modern city. The delay happens because we learn in the Megillah that although Persian Jews feasted on the 13th of Adar to celebrate the triumph over Haman’s legion, the battle in the capital city of Shushan lasted until the 15th.

The Shushan exception today applies only to cities that were walled at the time of Yehoshua Bin Nun, according to Aish.com, which means only Jerusalem, although other Israeli cities such as Jaffa, Akko and Hebron read the Megillah on Shushan Purim as well, without a blessing, because no one is sure if it applies.

So it will feel a bit like Bill Murray’s Groundhog Day experience waking up for two megillah readings and participating in two seudahs (as I'm told I'm expected to do) but it’s hard to complain. It’s my first Purim in Israel since 1985, when I studied at a yeshiva here in what seems like another life.

I began my trip to Israel yesterday with a quick stop in Tel Aviv, and it was great to see the pre-Purim spirit on the streets, with kids and grownups in full regalia and vendors selling costumes on the street. It was refreshing to see reverence for this festival even in the capital of secular Israel. For many it’s likely an observance similar to Halloween in America, driven by fun with only a vague connection to the religious origin. Then again, with a large population of Jews once again threatened by a Persian menace, maybe this year there is a particular relevance and reverence of the triumphant outcome.

I’m seeing Israel on this trip through the eyes of a newcomer, my son, Zack, who is enjoying his first trip here. Next week he’ll be sampling some Jerusalem yeshivas for next year, while I am headed south on a trip organized by Ben Gurion University.

Stops will include a research center at the Dead Sea for a look at the extent of its evaporation and a discussion of a proposed canal to the Red Sea; Bedouin communities; the BGU campus in Sde Boker and many agricultural and scientific centers in the Negev. I'll be blogging about it all and writing future feature articles.

But for now I’m enjoying Modi’in, which is actually a consolidation of three large suburban centers: Modiin, Maccabim and Reut, merged in 2003, with the first development, Re’ut, starting in 1987. Located about halfway between Tel Aviv and Jerusalem, it’s a popular draw for people who work in either city but were priced out of living there, including quite a few friends of mine who made aliyah. In 2010, the population here was 74,300. If the city leaders have their way it will climb as high as 240,000, but some say it's growing too fast, at the expense of surrounding communities.

Modiin, of course, is best known as the birthplace of the Maccabees, which ought to one day make this a great place to spend Chanukah. Maybe next trip.