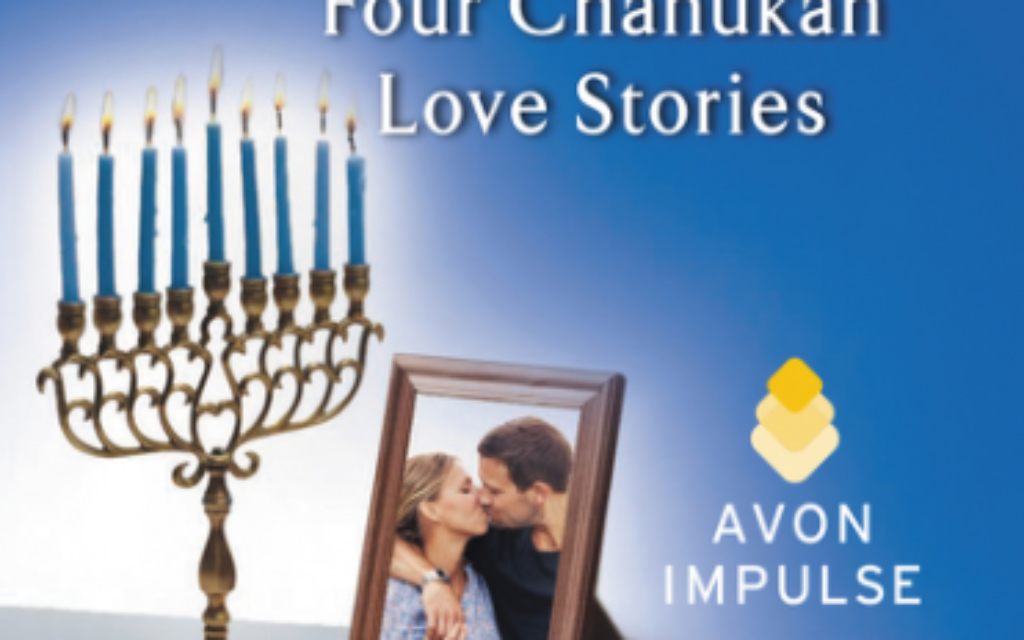 This December, put down that dreidel, daughters of Israel, urges Avon, the longtime publisher of pulpy romances, and pick up “Burning Bright,” its new Chanukah-themed anthology.

The book, published online on Dec. 1, features four stories; one from New York Times bestselling author Megan Hart, and the rest from three other authors, according to an Avon press release. The house plans to publish the book in print in January.

Avon is spreading the love here. Every year, Christmas sees a burst of holiday-themed romance publishing, but Chanukah titles are much more rare.

Hart’s piece is about the holiday miracle that will bring Amanda and her “cute but mysterious new neighbor, Ben” together.

And KK Hendin’s “All I Got” taps that deeply rooted American-Jewish lust for Israelis in uniform; Tamar Jacobs falls for Avi Levinson, “a handsome soldier who’s more than she ever dreamed.”

All four writers are Jewish, and in honor of the book's publication they dish on their favorite Chanukah traditions at RT, a book review blog.

Romance readers are a famously voracious market, so they’ll have the final say as to whether this latest offering is the gelt-y pleasure Avon promises.