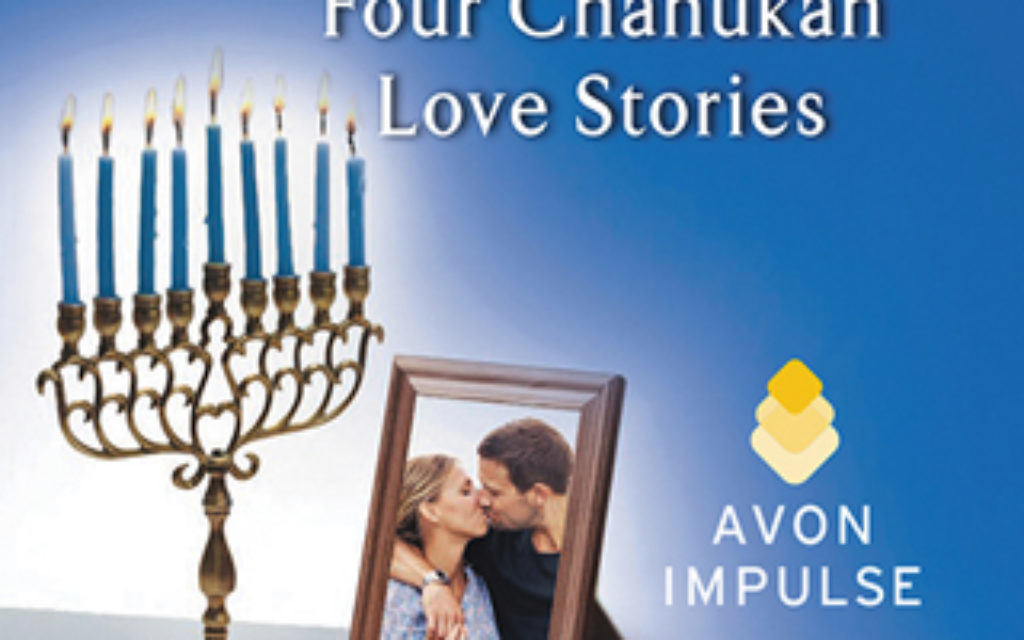 Daughters of Israel, put down that dreidel.

The publisher is spreading the love here. Every autumn sees a burst of Christmas romances, but years can go by between Chanukah titles.

“I have long thought the [romance] genre, as awesome as it is, doesn’t reflect the women who write it and read it. It’s often very white, very straight and very Christian,” said Sarah Wendell, the author of the foreword of “Burning Bright” and the creator of “Smart Bitches, Trashy Books,” a snarky website that celebrates and sometimes criticizes the romance publishing business. The industry sold about $1 billion worth of books in 2013, according to its trade association, the Romance Writers of America.

Last year, Wendell found herself so frustrated by the dearth of Jewish romance that last year she self-published her own, “Lighting the Flames,” about two summer camp friends whose relationship matures when they reconnect as young adults at a Chanukah-season reunion. Wendell and the anthology’s four authors are all Jewish.

“Lighting the Flames” helped inspire “Burning Bright,” said Tessa Woodward and Amanda Bergeron, the Avon editors who directed the project. During an editorial meeting, Woodward, who is Jewish, suggested a Chanukah companion to titles like “All I Want for Christmas Is a Cowboy.” She was sort of joking, she said, but the team took the idea seriously. Books on Jewish subjects sell well in other categories, and a Chanukah romance would help flesh out the list, along with male-male romances, interracial couples and characters with disabilities.

Woodward found an author, Stacey Agdern, to spearhead the project; Agdern found the three other authors and Avon, an imprint of HarperCollins, published the book online on Dec. 1. It will come out in print on Jan. 19. (Avon releases some books online first.)

In Agdern’s “A Home for Chanukah,” an interior designer and a music producer get to know each other when they plan a holiday party. Jennifer Gracen conjures up a Chanukah miracle to bring Shari Cohen and Evan Sonntag, lawyers in love but broken up, back together in “A Dose of Gelt.”

And “All I Got” by K. K. Hendin taps American Jews’ lust for Israelis in uniform when Tamar Jacobs falls for “handsome soldier” Avi Levinson.

The anthology’s marquee name is Megan Hart (yes, really), a New York Times bestselling author, whose own Chanukah miracle was writing not a spicy story but a sweet one, she said.

Known for her steamy prose, Hart actually wrote one of the only other Chanukah romances about five years ago. In her “Newly Fallen” (Mills & Boon), a naked angel named Zachariah appears in Lily Gold’s yard and stays for eight passionate nights.

But “Burning Bright’s” editors wanted the anthology to appeal to a broader audience, so Hart’s relatively chaste piece is about how the Festival of Lights brings Amanda and her “cute but mysterious new neighbor, Ben” together.

Indeed, you can judge “Burning Bright” by its tame cover, which features a fully lit menorah and a smooching couple in a picture frame. On the jacket for “All I Want for Christmas,” that cowboy’s got a 10-gallon hat, an unbuttoned shirt and a six-pack.

“I don’t know what else you would put on a Chanukah anthology,” said Hart. “A menorah is a better choice than a dreidel. A Star of David wouldn’t work. But a plate of sufganiyot would have been pretty tempting to me.”