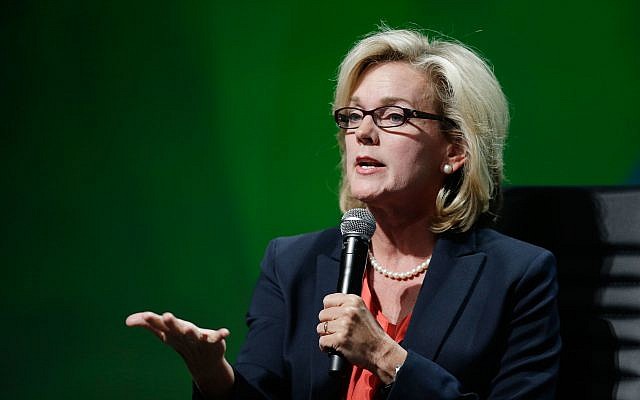 Jennifer Granholm, Former Michigan Gov., sits on the board of Democratic Majority for Israel. Getty Images.

With the ascension of anti-Semitism in America and the increasing strains between the Israeli government and some American Jews, many people believe that Zionism and Liberalism are incompatible beliefs. A number of prominent officials in the Democratic Party have recently condemned Zionism as a form of racism or have frowned upon the actions of Israel in general, including Reps. Rashida Tlaib, (D-MI) Ilhan Omar, (D-MN) and Senator Bernie Sanders, (D-VT). These politicians and their liberal followings have soured on Israel and Zionism, causing many liberal American Jews to reconsider their beliefs yet again. However, as a proud Democrat and Liberal, I believe that Zionism and Liberalism are compatible ideologies.

Additionally, as liberals, we believe in FDR’s four freedoms as our creed—freedom of speech and expression, the freedom to worship God in his own way, freedom from want and freedom from fear. These principles were espoused in a time period when Jews were subjugated to tyranny and oppression, denied all four of those freedoms, and without a land to call home. World Jewry escaped the wretches of the Holocaust with a final simmering hope, to have a land where they would be forever free, and as liberals, we protested vigorously against the treatment of Jews and celebrated Israel’s existence and the birth of a new liberal world order. Liberals felt that Jews escaped humanities worst condition and received its greatest blessing, a strong and free democracy where all four of the freedoms were the law of the land.

But sentimentality aside, Zionism was Liberalism’s answer to fascism. While Fascists celebrated the trampling of the weak and those who are different, liberals believe that we are only as strong as our weakest link in the chain. We are at our best when we are together, and no one gets left behind. The Zionist movement took the weakest link in the chain, European Jews, and built them into a united nation where whether weak or strong, all are treated equally before the law.

Israel has built the only real democracy in the Middle East, where majority and opposition join together in spirited debate for the sake of the common cause. The free expression of ideas espoused by Israel—fostered by its Zionist roots—is another core tenant of western Liberalism, a fact I proudly point out to all who dislike Israel and Zionism.

Yet, as much as we would not like to think so, inevitably some people will get left behind by both movements. Some people will feel disoriented and disenfranchised, whether it is Palestinians, Arabs or another group. But Zionists, just like Liberals, also believe that our work is never done, our dreams never fulfilled, our aspirations never fully realized, but things will always get better in the end.

So, while it is easy for Bernie Sanders or Ilhan Omar to criticize Israel, and Zionists in general, they really should be saying is that although Zionism has its flaws, it is always moving forward and accepts everyone for who they are.

This debate will be discussed and argued even more in the foreseeable future and that is commendable. The great beauty of Liberalism is that we never fear an exchange of ideas, no matter how intense our passions rage. However, for all those Americans who worry that their Liberalism is tainted by their support of Israel, I beg you to remember that the great flaw in the argument against Liberalism and Zionism is that there must be ideological purity. To assert that you can only be Liberal or Progressive if you disavow all who disagree with you, is fundamentally illiberal and wrong. Even as an avid Zionist and Liberal, there are areas where I break with other fellow Liberals or Zionists. But that does not make me illiberal or wrong. Your dedication to the cause may never be judged by your fundamentalist belief in an ideal but to the honesty in your stance and your dedication to furthering progress for all.

However, if you really believe that every injustice and inequality in the world must be pointed out, then why should the buck stop with Israel. I want to hear people like Bernie Sanders and Rep Tulsi Gabbard, (D-HI) denounce Russia and Venezuela with the same fervor that they denounce Israel with. They should denounce wrongdoing not when it is convenient for them but whenever it occurs.

I believe that in the end criticism of Israel only makes the country stronger and more vibrant as a democracy and society. But to condemn those who support Zionism and Israel as racist and oppressive is morally reprehensible and divides us further. In the end, this debate should bring us together and further the cause of righteousness throughout the world. So, I challenge all Zionists to embrace their beliefs and remember that what matters is not what people say you are but what you know to be true in your heart.