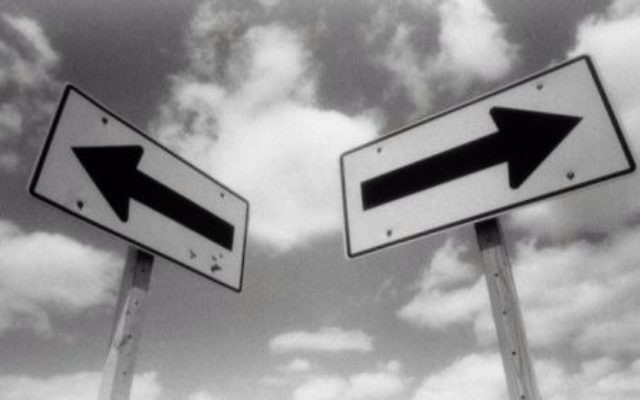 We are doing a grave disservice to our women and it needs to stop now.

Judaism defines modesty as focusing less on a person’s outer characteristics and instead focusing on their inner personhood. But somehow, contemporary right-wing Orthodox Jewish communities have come to define it solely as skirt lengths and blurred pictures of female faces.

Orthodox Judaism requires men and women to daven separately. But over the years, I’ve noticed a trend making more and more events separate seating. When did our obligation to have separate seating in prayer spaces spill over into public gatherings and community events?

We see this extreme separation when wedding halls have separate entrances for men and women, and when my seven year old daughter is told not to sit with her father at the Purim seudah, but to “sit over there with the women.” Who decided that it is inappropriate for me to sit next to my husband at a kindergarten end-of-the-year party?

How is an eighteen year old girl supposed to comfortably talk to a boy about herself when she hasn’t really interacted with a member of the opposite sex before? How is a twenty year old boy supposed to have a casual conversation with a girl to get to know her when he hasn’t been allowed to seriously even look at a girl before?

Excessive separation isn’t holding up an ideal of modesty and spirituality, it is over-sensitizing us to normal, healthy male-female interactions.

And then there’s the all too common removing or blurring over images of girls and women from magazines and advertisements. It’s insulting and sends a message that there’s something wrong with being female. Young girls today grow up thinking that this is not only normal, but acceptable. Every man should have a problem with this. It disrespects your wife, mother, daughter, sister, friend, and every other female in the community.

Open up a Tanach – our female ancestors were leaders and trailblazers, not invisible entities.

Talking about it isn’t enough. When you see a woman’s face blurred out in a magazine, cancel your subscription to that magazine and tell the publisher why. The more people act to fight this atrocious behavior, the more change is inevitable. Money talks, after all. It is one of the most powerful tools we have for creating change.

When we limit women to mere body parts, we dishonor them and oversexualize them, which is the exact opposite of modesty. While there are halachot of modesty in dress, there are equal issues for modesty in speech and behavior that somehow gets utterly ignored.

Can we not strike a healthy balance?

I’m not suggesting that we take down all barriers. Modesty has a central place in Judaism and its importance is not to be discounted. However, it cannot and should never be the “be all and end all” either. Excessive separation isn’t necessary. It’s okay for men and women to interact in a healthy, respectful manner.

Let’s bring back a little degree of normalcy, please.