In the traditional Jewish liturgy, Passover is referred to as the “Festival of Matzah, the time of our freedom.” While the holiday may be about freedom, at times it can feel like it’s only about matzah, and its dietary restrictions can certainly make one feel anything but free.

In truth, however, with the growth of the Passover food industry, it’s easier than ever to dine well during Passover. To help prove this point we have asked each of the culinary teams at three of New York’s best-known kosher fine-dining restaurants to provide us with a Passover-friendly recipe.

While open less than a year, Abaita has already received general acclaim and is now known as one of the better kosher dairy restaurants in the city. The kitchen is run by Italian-born and -trained chef David Donagrandi and American-trained chef Sruli Subar, who offer the following recipe:

In a small pot, bring four quarts of water to a simmer. Add a handful of salt. Add the heirloom tomatoes, let them sit for 45 seconds. Remove and peel, chop and set aside

In a larger pot (5-6 qt.), over a medium-high flame, add three tbsp. of extra virgin olive oil, onions, garlic and jalapeño. Let them sweat for four to five minutes. They should not be turning colors. Add both the chopped and canned tomatoes, and cook on low heat for 35 minutes. Set aside. If the mixture starts to dry out, add a small amount of water. 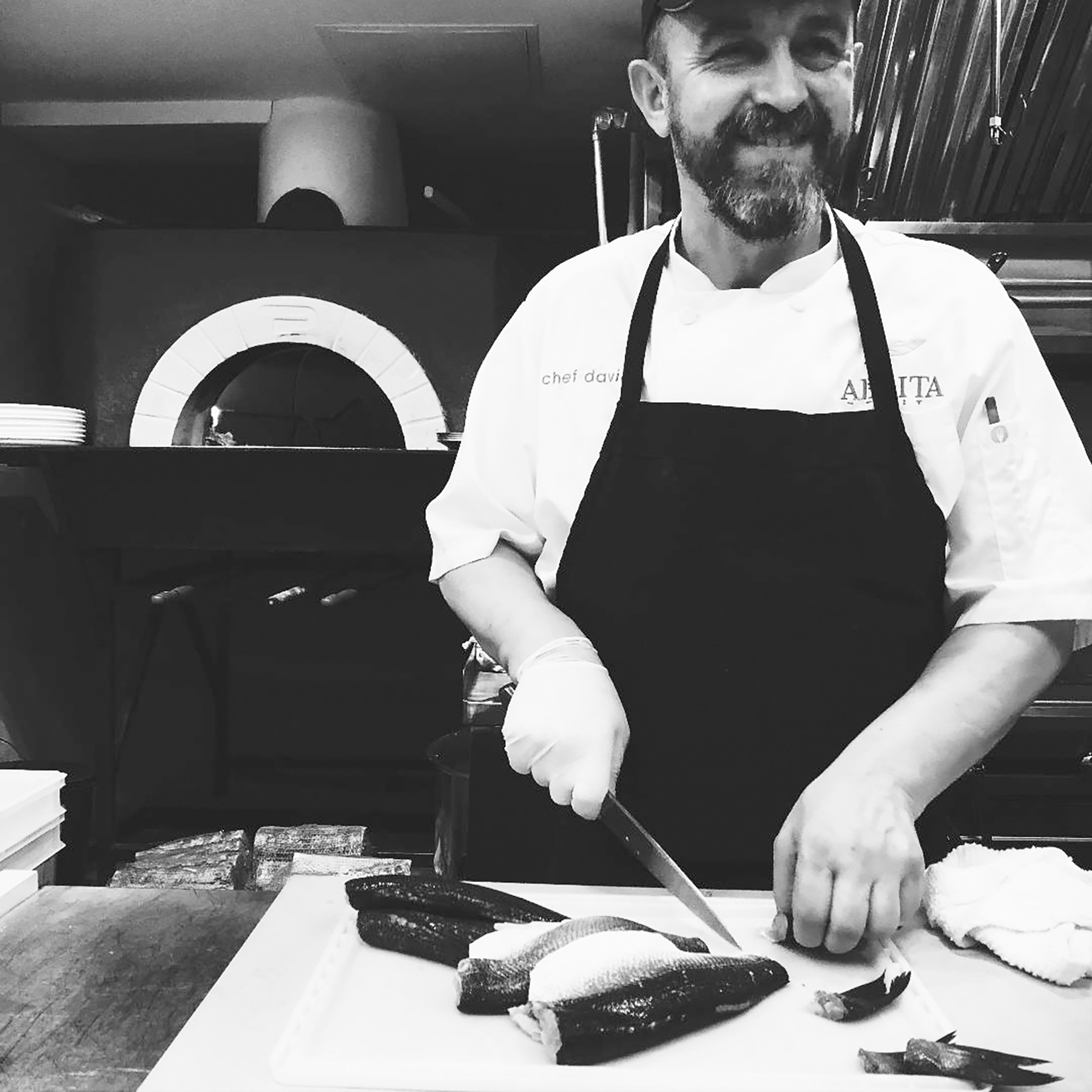 Make sure your fish is clean, with the bones and skin removed; allow to rest on a paper towel. Season with sea salt, and in a non-stick pan add olive oil, allow it to sear on medium heat for three minutes per side or until each side takes on a golden color. Remove the fish from the stove, and place it in a deep baking dish.

Sunchokes need to be peeled, kept in water with lemon juice to prevent them from oxidizing. Simmer whole sunchokes in boiling water with salt and lemon for approximately16 minutes, or until they are soft but not mushy. Remove from water. Split the larger ones in half or even thirds, drizzle with a bit of olive oil and sea salt, pop them into a preheated 450 degree oven for 7-8 minutes (so they get caramelized on top). Add sunchokes, olives and tomato mixture over top of the fish. Bake for 20-22 min, at 360 degrees.

With the remaining olive oil, send the parsley and salt through a blender, use this as a garnish over the top of the plated fish.

Wine: Abaita did not provide a wine pairing for the dish, but The Jewish Week would recommend serving it with either a white Bordeaux, such as the kosher edition of ‘Le G’ from Chateau Guiraud, 2017; an Israeli sauvignon blanc, such as Yarden Sauvignon Blanc, 2018; or a Tuscan white, such as Cantina Giuliano Costa Toscana i.g.t., 2017. 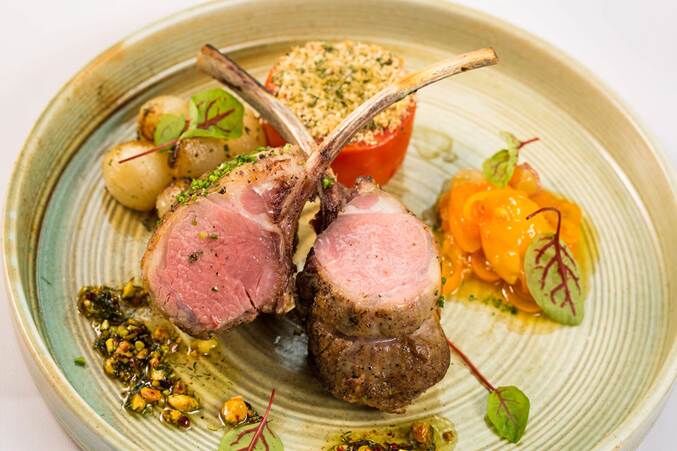 Marinate lamb with three cloves of garlic, one sliced shallot, pinch of thyme and pinch of rosemary, pinch of ground cumin and a pinch of smoked paprika for about one hour. Then lightly sprinkle with a pinch of kosher salt and freshly crushed black pepper.

Coat a roasting pan in olive oil and pan-sear the whole rack of lamb on medium heat until light golden color on all sides. Then finish in the oven at 350 degrees for about five minutes.

Pour the lamb bone jus (i.e. the drippings) into a cup for the garlic confit sauce.

Stir and cook on medium heat on stovetop for five minutes.

For the past two decades, Wolf & Lamb has been one of Manhattan’s best-known kosher meat restaurants. Its culinary team offers the following two recipes:

Soak dried apricots in simple syrup flavored with chili flakes and rosemary stems for at least one day, allowing them to re-hydrate and plump up.

(Author’s Note: To make simple syrup, bring equal parts sugar and water to simmer in a saucepan, stirring constantly until the sugar is dissolved.  Take saucepan off the flame and add the rosemary and chili flakes, allowing them to steep for several hours before use. Keep refrigerated.)

Wrap the apricots and dried figs in a strip of smoked beef fry or “facon.”

Place the wrapped fruit on a bamboo skewer and drop in fryer until crispy or they can also be seared in a pan. Serve with a sweet and spicy chutney or sauce.

In olive oil, sauté a mixture of chopped garlic, kale and mushrooms, seasoned with salt and pepper to taste.

Heat a pan, and place the chicken in the pan. Cook on all sides until light brown. Save the pan drippings and pour over the chicken when serving.  Ideally, serve with mashed potatoes or other creamy starch dish.