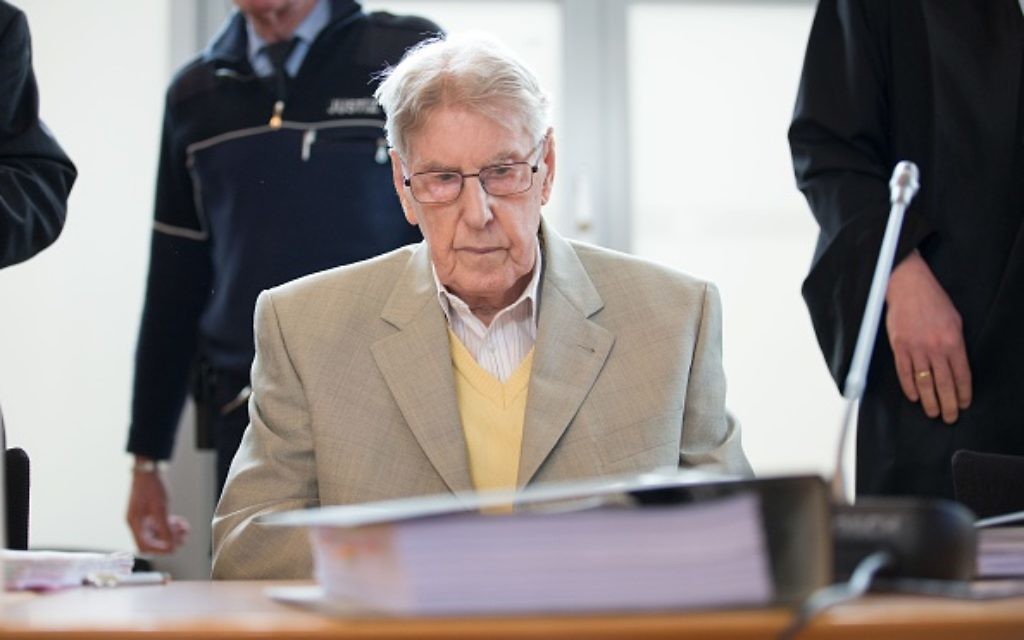 Reinhold Hanning spent the early part of his 20’s as an SS guard at the Auschwitz death camp, during which time hundreds of thousands of Hungarian Jews were killed. Now, Hanning, 94, will spend the latter years of his 90’s in prison after a German court sentenced him to five years on 170,000 counts of accessory to murder.

Since the trial began in February of this year, dozens of Holocaust survivors from all over the world have given testimonies to the court in Detmold, Germany, as reported by the Washington Post. The survivors testified to the atrocities that took place at Auschwitz while Hanning was there. Leon Schwartzbaum, a survivor who was at Auschwitz at the same time as Hanning, gave a chilling account of his time at the death camp. During Schwatzbaum’s testimony, the 94-year old survivor pleaded for Hanning to tell the truth.

“Mr Hanning, we are virtually the same age and soon we will face our final judge. I would like to ask you to tell the historical truth here, just as I am. Tell the truth about what you and your colleagues did,” said Schwartzbaum, according to a report by the Guardian.

For 170,000 Holocaust victims, most of whom were Hungarian Jews, Hanning fulfilled the role as final judge. According to NPR, Hanning’s unit dealt with the new arrivals at Auschwitz. In other words, Hanning helped to determine who lived and who died, and in most cases; who died by asphyxiation and who by starvation.

In April, Hanning said that he was “sincerely sorry” for what he had done. For Schwarzbaum, it wasn’t enough. “He should have said more” the Holocaust survivor said, per the Guardian. As Schwarzbaum and other victims stared at Hanning during their testimonies, the defendant refused to lock eyes, looking down as they spoke.

Hanning is not the first Nazi criminal over the age of 90 to be convicted to prison time. Last year it was Oskar Groening, also 94 at the time, who was convicted to four years in prison for his role in the murder of 300,000 Hungarian Jews at Auschwitz.

Nearly one million Jews died in Auschwitz during the Holocaust.