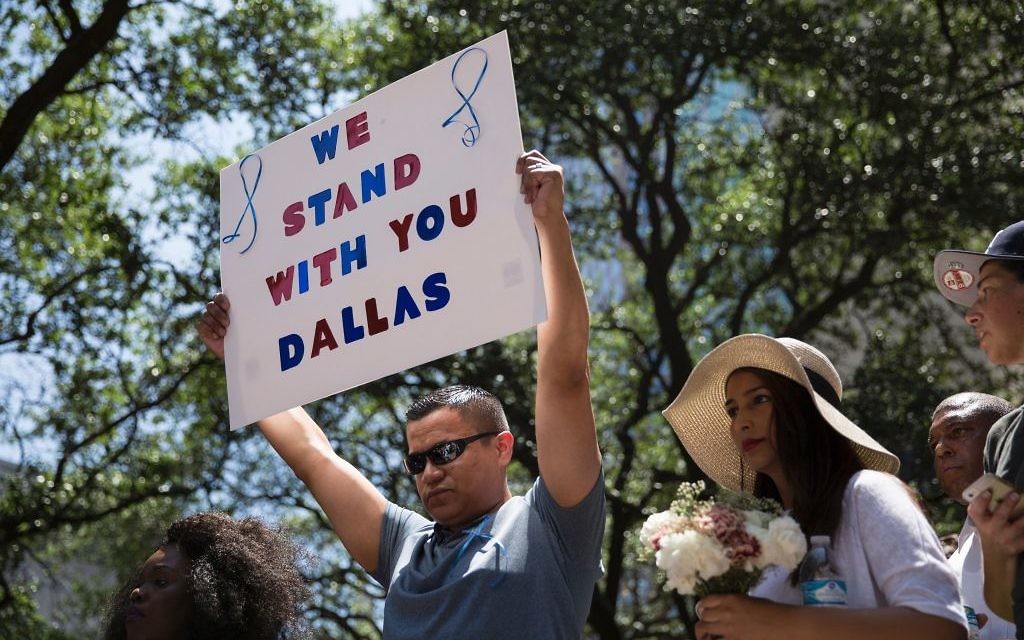 Five officers were shot dead in Dallas at a protest against police violence.

Several suspects were implicated in the firing at the officers on Thursday night during protests against police in downtown Dallas, marking the deadliest single attack on U.S. law enforcement since September 11, 2001, CNN reported. Some of the shots were sniper fire.

The gunfire started Thursday night as demonstrators marched against the shooting deaths of two African-American men by police in Louisiana and Minnesota.

A total of 11 officers were shot, and some of the six officers injured are undergoing surgery, authorities said.

A total of 10 police officers were shot by snipers during the protests, Dallas Police Chief David Brown said. An 11th officer was shot during an exchange of gunfire with a suspect, authorities said.

Brown said it’s unclear how many suspects were involved, but three people are in custody. Dallas police negotiated and exchanged gunfire with a suspect for hours at a parking garage in downtown. That suspect is dead, a law enforcement official told CNN. The official did not say how the suspect died.

President Barack Obama, who is in Warsaw, Poland for a NATO summit, said: “We still don’t know all the facts, we do know there’s been a vicious, calculated and despicable act on law enforcement,” Obama said. “I believe I speak for every American when I say we are horrified.”

The Jewish Federation of Greater Dallas added its voice to the many groups that spoke of their horror and indignation following the attack.

“We are shocked and horrified by the attack on our Dallas Police this evening, and our thoughts and prayers are with those recovering and the families of those mourning the senseless deaths of their loved ones,” the Federation wrote on Facebook. “Cowards used this opportunity to fire upon those very officers charged with maintaining order and protecting the protesters. The cycle of violence sweeping our country is both senseless and reprehensible; may calmer heads prevail across our country.”

The Anti-Defamation League also released a statement of condemnation of the murders, support for the Dallas Police Department, and a plea to the public to remain measured in its response.

“We condemn this horrific attack against Dallas law enforcement officers in strongest terms. We have reached out to the Dallas Police Department to convey our condolences and offer support,” said Roberta Clark, ADL Dallas Regional Director.

ADL CEO Jonathan Greenblatt said: "In the aftermath of this attack on law enforcement and the recent police shootings of black men in Minnesota and Louisiana, we appeal to the public to remain calm during this challenging and difficult time. Violence should never beget violence. Solutions will be found only when we work together peacefully and engage in constructive dialogue.”