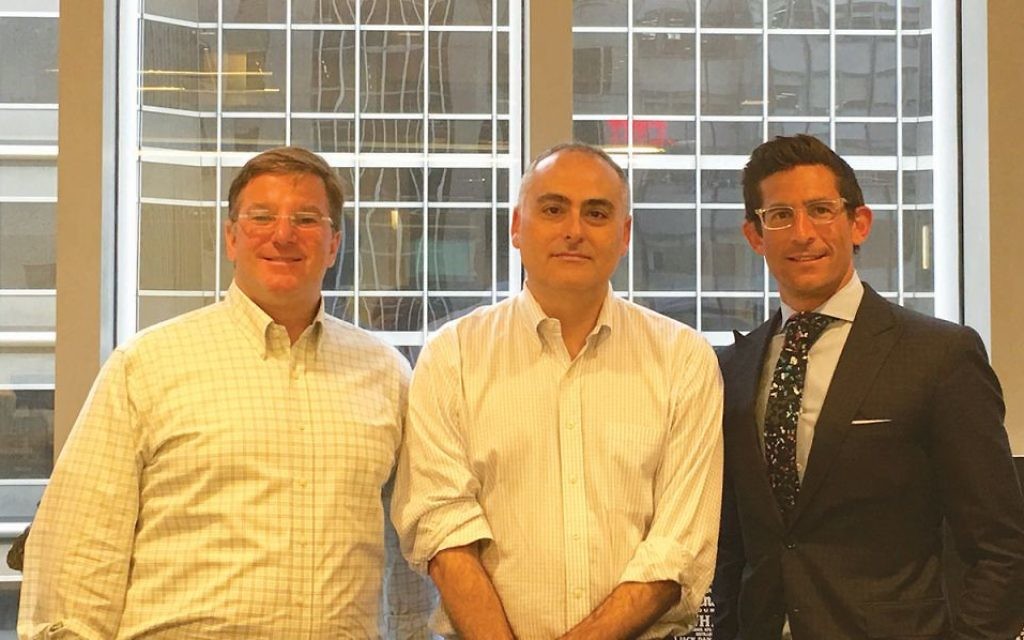 One of the world’s largest banks, BNP Paribas, has settled a $40 million lawsuit brought by an Orthodox former employee who was fired from his senior position after he complained about having to sit through two screenings of a training film that depicted Hitler and other Nazi imagery to boost morale.

The settlement was reached after Manhattan Federal Magistrate Judge Andrew Peck ruled that the employee, Jean-Marc Orlando, 47, of Scarsdale, could go forward with his New York State Human Rights Law claim. He said Orlando had “presented sufficient evidence to allow a reasonable jury to conclude that he was subjected to a hostile work environment because of the two showings of the Hitler video ….”

Orlando’s lawyer, Jonathan Sack, said the ruling is precedent-setting because it means “any employee who claims he had to see a swastika at work — even one time — can establish a claim of having to work in a hostile environment.”

Normally, Sack said, an employee must show a pattern of offenses to make such a claim.

Terms of the settlement, which was reached in February but is only now coming to light, were not disclosed.

A spokeswoman for BNP Paribas North America had no immediate comment.

In his decision, which was dated Oct. 22, Peck pointed out that Orlando’s grandparents “lived in Tunisia during the Holocaust and were directly affected by Adolf Hitler and the Nazi regime.” And he said bank management was aware of Orlando’s “active religious practice.”

Nevertheless, the bank in July 2011 ordered Orlando, an 18-year-employee who was then managing director at BNP Paribas North America Inc. in New York, to attend the training seminar in Amsterdam. The subtitled training film, adapted from the 2004 movie “Downfall,” portrayed Hitler as the CEO of Deutsche Bank, one of BNPP’s competitors and the Nazi soldiers around him as Deutsche Bank executives. The video showed Hitler screaming and cursing at the soldiers.

In his decision, Peck wrote: “Orlando has presented evidence to demonstrate that at a mandatory work seminar he was made to watch a video that included actors portraying Hitler and soldiers in Nazi uniform including swastika armbands, and various spoken references to the Nazi regime, including the phrases ‘Third Reich,’ ‘my Fuhrer,’ ‘Goebbels’ and ‘a large Polish operation.’ Orlando additionally presented evidence that the same video was played a second time despite his complaints to management that it offended him as a Jewish person.

“Moreover, the Hitler video was not played in a vacuum. Orlando testified at his deposition that his colleagues made a number of anti-Semitic comments during his tenure at BNPP. … While defendants correctly assert that claims premised on these remarks are time-barred, Orlando may use the prior [time-barred] acts as background evidence in support of a timely claim of workplace discrimination.”

The four-minute ‘Downfall’ footage shown in the training video is available on the popular site CaptionGenerator.com, and thousands of (usually comically) subtitled versions have endured as memes on social media for years.

In Sack’s court complaint, Orlando is quoted as saying that watching the video made him “increasingly nervous and nauseous and dizzy.”

“A sense of powerlessness overcame Orlando as his legs began to shake and he began to experience shortness of breath,” the complaint said. “At that very moment, Orlando recalled a long-standing discussion with his peers about involvement of BNP during the Vichy government [in France during World War II], and how it was important for him as a Jew to work for this institution to prove that BNP’s infamous anti-Semitic history was a thing of the past. …

“Orlando wondered in utter disbelief what could have possibly possessed senior-level banking professionals at BNP to spend a tremendous amount of time and money to boost employee morale on a film featuring Hitler as its ‘star’ with accompanying Nazis as its supporting cast. To Orlando, and most of today’s civilized society, Hitler and Nazis are synonymous with state-sanctioned hate and anti-Semitism.”

Sack and his co-counsel, Eric Stern, said in an interview with The Jewish Week that this was the second suit against BNP by a fired former employee stemming from the video. Sack said the first suit was brought in England and that the bank blamed the former employee for making the video, saying it violated “the company’s moral principles to be sensitive to the rights of others.”

“In our case, they hired a lawyer who said the movie was not offensive and that he [Orlando] was just terrible at his job,” Sack said.

In his ruling, Peck noted: “Courts in this Circuit and elsewhere have noted that the Nazi regime and swastika are symbols of hatred capable of arousing fear and intimidation.” And he cited an internal bank disciplinary report that noted: “The content of the video (including the alterations introduced by the subtitles) was not appropriate for use at a business Offsite [training] run on behalf of an international bank. …

“Hitler is considered to be one of the most odious historical figures. For the [disciplinary] Panel there is a clear difference between an individual choosing at their discretion to watch a film about Hitler or YouTube footage of this clip in their own time and being forced to watch it twice as part of an Offsite training program (where they cannot switch off/leave if it makes them feel uncomfortable). Given the multiracial/ multinational audience at the Offsite (which also, no doubt, represented diverse religious beliefs), the [disciplinary] Panel believes that alluding to such a major world conflict and specifically to the Nazi regime in a corporate context, when it may have represented painful and difficult memories for the members of the audience or their families, clearly was not appropriate…. [T]he [disciplinary] Panel has evidence from several sources that [the video was not universally well received].”

Orlando quit the bank and filed his suit. He said the whole experience caused him “severe panic attacks,” that his family feared he was having heart attacks, and that he suffered anxiety and depression.

Orlando, his wife and three children decided to remain in the United States and he now serves as CEO of a startup financial technology company called Nexlend. In a statement, he said he is also sponsoring the writing of a Torah for Chabad of the Rivertowns.

“Without my Jewish faith, I could not have endured,” he said. “And I feel there is no greater tribute than to write a Torah to insure that legacy continues.”

Although Sack said Orlando never received an apology from BNPP, he said publicity in France about the training film compelled its CEO of BNPP to “apologize publicly to the CEO of Deutsche Bank, who was portrayed as Hitler.”

Reports at the time said senior management at BNPP was unaware of the video until news outlets brought it to their attention.