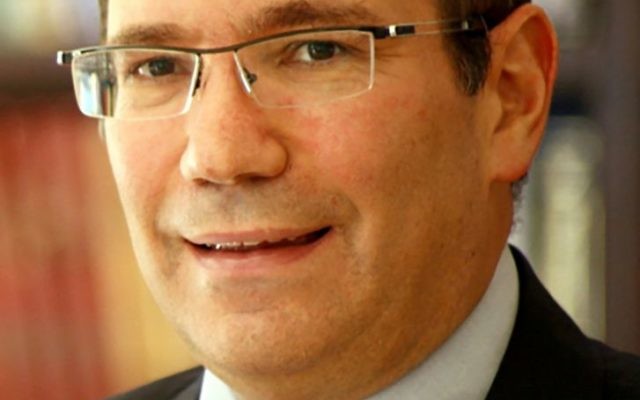 On November 11, 500 activists and diplomats gathered in the United Nations to turn history on its head, to re-right – and partially rewrite – a wrong from 40 years earlier. The Permanent Mission of Israel to the United Nations, the Chaim Herzog Public Council, and the AJC co-sponsored the event, marking the 40th anniversary of the Zionism is Racism resolution, Resolution 3379. This extraordinary ceremony at UN Headquarters in Manhattan taught that sometimes good triumphs over evil, or at least wins some battles.

We Jews love our crisis narrative, hysterical warnings that the 1930s have returned. This event proved that with a thriving Jewish State and a powerful American-Israeli friendship, we are stronger than we realize.

By contrast, today, the UN Secretary General Ban-Ki Moon, appeared at the ceremony, and denounced the hatred that led this forum of nationalisms to single out one form of nationalism, Jewish nationalism, and tag it with that ugly word “racism.”

Forty years ago, Secretary of State Henry Kissinger, the first Jewish U.S. Secretary of State, also disliked the resolution but did little to stop it. Kissinger and his State Department aides criticized America’s UN ambassador, Daniel Patrick Moynihan, for not being diplomatic enough. Moynihan believed diplomats cannot always be diplomatic, especially when fighting evil, wondering how you “tone down” fighting “an outright lie about the United States…. Do you say it is only half untrue?” As a result, on November 10, 1975, as Moynihan prepared to give the speech of his life condemning this “infamous act,” Kissinger and aides joked about whether this Irish-Catholic kid from the streets of New York intended to “convert.”

By contrast, today, Secretary of State John Kerry made a special effort to participate in the ceremony, to echo Moynihan’s words, and to denounce the anti-Zionist resolution as anti-Semitic. UN Ambassador Samantha Power, continued the Moynihan tradition of intellectual rigor, democratic passion, and human rights activism, condemning the resolution, celebrating its repeal 16 years later, and speaking movingly, about the anti-Semitism in her native Ireland that led officials to remove the plaque honoring Chaim Herzog’s birthplace in Belfast because anti-Semitic, anti-Israel forces vandalized it repeatedly.

Forty years ago, even the Israeli Foreign Ministry did not fully “get it.” Most professional diplomats dismissed the resolution as mere words, while many Israeli leaders echoed David Ben-Gurion’s contempt for the UN – Oom in Hebrew – saying “Oom Shmoom.” Moreover, jealous insiders tried undermining Israel’s UN ambassador Chaim Herzog, who, like Moynihan was a public intellectual, not a foreign service careerist. Thus, while, Herzog too, prepared for the biggest speech of his life, an eloquent defense of Zionism that still resonates today, he faced threats of being called back to Jerusalem.

By contrast today, Israelis from left to right denounced the resolution. It did not matter that Israel’s UN Ambassador Danny Danon is from right-wing Likud and that Israel’s Opposition Leader, MK Isaac Herzog – Chaim Herzog’s son – is from the left-wing Zionist Camp. They, along with former Brigadier General Michael Herzog, former Soviet refusenik Natan Sharansky, and Prime Minister Benjamin Netanyahu – by video — defended Israel, Zionism, and the UN’s founding ideals, without 1975’s bickering.

By contrast, today, thanks to a bipartisan effort uniting the liberal Moynihan with two Republicans, Ronald Reagan and George H.W. Bush, and spearheaded by what the AJC’s David Harris called “nudnik diplomacy,” never giving up, the resolution has been a dead letter since 1991, and is now considered the UN’s low point.

Of course, obsessive, anti-Israel hatred still festers in the UN. When I spoke at the ceremony, I echoed the celebratory mood, while injecting a cautionary note. Resolution 3376, also passed 40 years ago, is still operative, and still doing damage. That resolution, creating a Committee on the Exercise of the Inalienable Rights of the Palestinian People, established a permanent institutional infrastructure for anti-Israel hatred. If Palestinian political culture were constructive, the committee would focus on promoting the Palestinian cause. Instead, it seeks to delegitimize Israel – inspiring my dream that a decade from now we will celebrate the tenth anniversary of the repeal of that infamous act, too.

I know that is unrealistic. But this commemoration – and the 1991 repeal – teaches us that Winston Churchill was right. We must never ever surrender, in fighting for democracy, fighting for what’s right. And we shall, indeed, prevail.

Gil Troy is the author of The Age of Clinton: America in the 1990s, just published by Thomas Dunne Books of St. Martin׳s Press, and the award winning Moynihan's Moment: America's Fight Against Zionism as Racism.  A professor of history at McGill University, he is a visiting scholar this fall at the Brookings Institution.