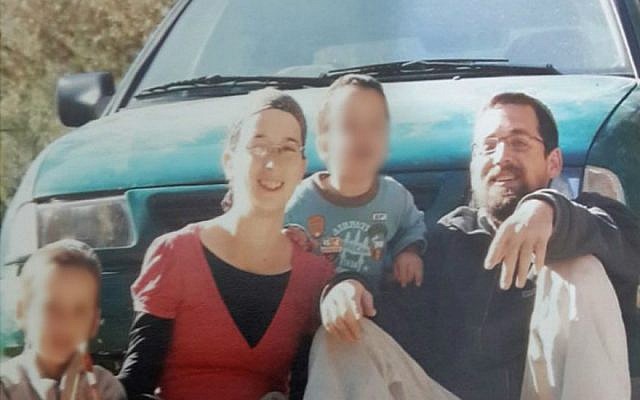 Eitam and Na'ama Henkin. (Courtesy of the family/via JTA)

(JTA) — The four children of a couple who were killed by a Palestinian Hamas terror cell while driving in the West Bank have filled a $360 million civil damages wrongful death lawsuit against Iran and Syria in federal court in Washington.

Eitam and Naama Henkin were killed on Oct. 1, 2015, when the Palestinian attackers, who originally had intended to kidnap the couple, instead shot them at close range in their car. The children, then ages 9, 7, 4, and 10 months, witnessed the murder from the back seat of the car and were uninjured. Eitam Henkin held both Israeli and American citizenship.

The terrorists were sentenced to life in prison by a military court in the West Bank in June 2016.

The lawsuit explains that Hamas receives material support from Syria and Iran, including financing, training and weapons procurement.

The lawsuit was filed on Wednesday by the Washington-based international law firm Stein Mitchell Beato & Missner, and MM LAW.

“If these despotic regimes think they can get away with murdering American citizens, then they are wrong,” Jonathan Missner, the Henkin children’s’ lead attorney said in a statement. “This lawsuit sends a clear warning that those who finance, support and encourage terrorism must be held accountable and forced to answer for their actions.”

Eitam Henkin was an American citizen and the son of Rabbi Yehuda and Chana Henkin, the founders in 1990 of Nishmat, an institute for advanced Torah study for women in Jerusalem. The parents moved to Israel from the United States in the 1970s.