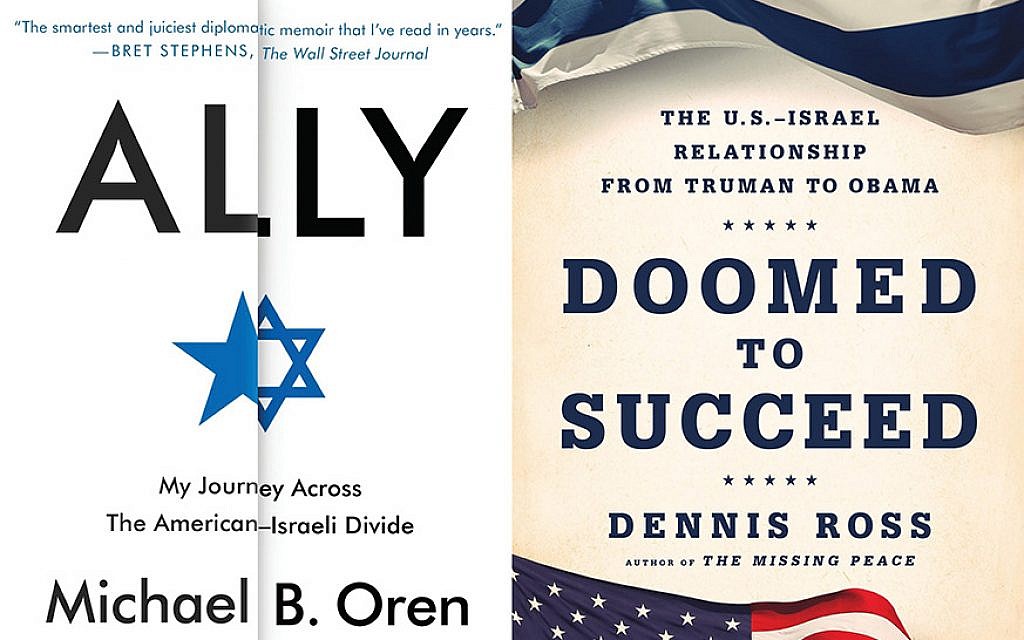 During a secure video conference in the White House’s Situation Room, the president of the United States was discussing the Middle East with the leaders of Germany, France and England.

The conference’s topic was the upcoming G-8 summit and upheaval in the Arab world.

“The three European leaders,” writes Dennis Ross, a longtime U.S. diplomat with a specialty in Middle East issues, “shifted their focus, launching into a diatribe against Benjamin ‘Bibi’ Netanyahu, Israel’s prime minister. There was a venom seldom heard when leaders talk about other leaders.”

The peace stalemate in the region was all Israel’s fault, the three Europeans vented. “They did not evidence the slightest recognition that Israel might have needs or that Abu Mazen [the Palestinians’ Mahmoud Abbas] might bear some of the blame for the absence of movement on peace.”

The president, according to Ross, who was then serving as the president’s special assistant on the National Security Council, “sought to redirect the discussion and to explain to his European counterparts some of those realities and Netanyahu’s predicament. These three leaders were having none of it.”

The year was 2011; the president, Barack Obama.

Counterintuitively, at least for many supporters of Israel in this country who considered Obama the least-Israel-friendly president in recent memory and as an implacable irritant to and critic of Netanyahu, Obama was taking up the cudgels for Israel and its leader.

The vignette is telling.

While the relationship between the United States and Israel clearly has changed since Israel was created in 1948, and particularly since ties between the two countries became warmer and closer in the 1960s, the relationship is not predictable. Neither are the actions of U.S. presidents.

Four books that appeared as the Obama administration was ending chronicle a shifting, and coarsening, U.S.-Israel relationship.

Ross’ “Doomed to Succeed: The U.S.-Israel Relationship from Truman to Obama” (Farrar, Straus and Giroux) is among four books on the topic published in late 2015 and 2016 that paint a picture of an evolving relationship between the U.S. and Israel. They do not present the harmonious marriage that a superficial glance might have indicated in the decades following Israel’s victory in the 1967 Six-Day War or heavily U.S.-supported victory in the 1973 Yom Kippur War; nor do they present the spouses-at-the-point-of-divorce situation that has seemed to be the case at times in more recent decades.

The 2015-16 period is significant; it was just before the Obama administration, which had significantly altered the direction of U.S.-Israel ties, ended. Israel had emerged as a wedge issue in Congress, especially after the contentious debate over the Iran nuclear deal. No longer was Israel the unquestioned recipient of U.S. across-the-board good will; no longer did Israel receive the benefit of the doubt in wide swaths of this country; no longer did U.S. leaders concede that Israelis best understood the big picture of their long-term interests; and most poignantly, no longer did Obama’s Democratic Party reflexively act as Israel’s advocate.

Taken together, the four books — “Our Separate Ways: The Struggle for the Future of the U.S.-Israel Alliance” (Public Affairs) by Dana Allin and Steven Simon; “Trouble in the Tribe” (Princeton University Press) by Dov Waxman; “Ally: My Journey Across the American-Israeli Divide” (Random House) by Michael Oren; and Ross’ “Doomed to Succeed” — provide a deep context for how we got to this place of tension between Israel and American Jews. And as the books make clear, changes that developed in recent decades are nearing the point of becoming permanent features of the relationship; Obama’s cool attitude towards Israel, and his often-strained relationship with Netanyahu, merely accelerated the deterioration.

“The U.S.-Israeli alliance is not simply under strain,” Allin and Simon write in their introduction, “it is at risk of being fundamentally transformed by long-term trends in both countries that will be impossible to stop and difficult to manage.” They cite, in the U.S., declining popular support for Israel, and a growing chasm here between avidly pro-Israel conservative Jews and largely-indifferent-to-Israel progressive ones.

Though largely absent from these books, the elephant in the room, in retrospect, is Donald Trump. Every step — or misstep — he takes in Middle East policy-making is automatically compared to the presidents who came before, especially the one who immediately preceded him.

Painted by his supporters as the most pro-Israel-president ever, who moved the U.S. Embassy to Jerusalem, backed Israeli sovereignty over the Golan Heights and has given Netanyahu a virtual green light to pursue any policies the prime minister considers to be in Israel’s best interest, Trump and his Mideast team are said to be close to unveiling the administration’s long-awaited Mideast peace plan. That document will likely go a long way in shaping his legacy when it comes to Israel and the Palestinians.

Whether or not that plan is well received, the relationship that Trump inherited is more complex, more complicated, less linear than it was assumed to be in earlier decades, according to all the authors. Anyone observing the current ties between Israel and the government that continues to be its strongest ally would do well to use the lens of these books.

All of them present personalities that clashed and embraced; budgets approved and denied; pledges made and (apparently) broken; assumptions accepted and shattered; pressure applied and withdrawn; peace plans that were proposed and failed; mutual needs considered and discounted and inclinations of the U.S. to distance itself from Israel then to draw near again. Further, the books describe legislative battles in the U.S. Congress that pitted passionate proponents of a no-daylight-between-us U.S.-Israel relationship against those who regarded Israel as either a detriment to U.S. interests or as simply another foreign nation, with no special claim to U.S. affection or financial/political backing. In other words, the authors offer the full sweep of the peoples and policies that have animated the binational ties in the last seven-plus decades.

The authors cite the dominant political issues that divide the U.S. and Israel, but also look at religious pluralism (e.g. the Women of the Wall), Israel’s treatment of Israeli Arabs and general lack of understanding of each other’s culture.

It’s hard to know whether the current occupant of the Oval Office has read these books or studied their lessons as a guide to his own performance at the helm of the U.S. government’s Middle East policies, but the lessons are striking and vital to understand the shifting tides of the relationship.

Despite diverging claims about the strength of Obama’s commitment to the U.S.-Israel relationship, the books make it clear that he was of a piece with past U.S. leaders.

As the Situation Room anecdote in Ross’ book makes apparent, presidents with a detached attitude about Israel’s best interests may end up as strong defenders of Israel, while visceral supporters of Israel, like Ronald Reagan, may become strong critics when they perceive conflicting military or economic exigencies.

“The interests of no two countries can ever be entirely confluent, especially not those of a superpower and a tiny Middle Eastern state,” writes the New Jersey-born Oren, who served as Israeli ambassador to the U.S. “After a half decade of tensions [during the Obama administration], we must begin the process of repair. American and Israeli leaders must discern their confluent interests and work to realize them.” ✡