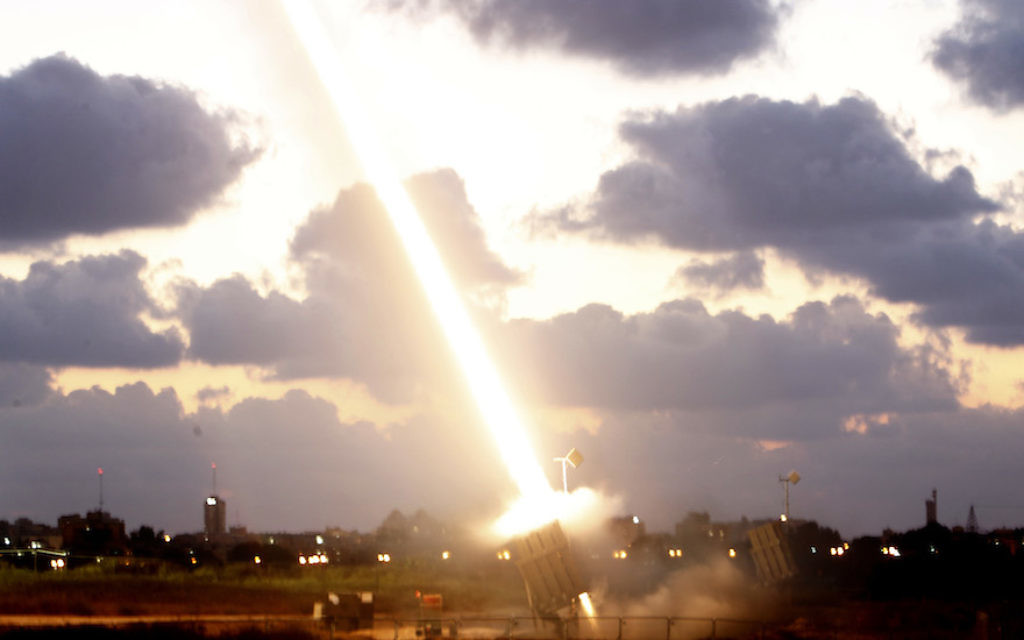 A bipartisan group of U.S. senators that includes Hillary Clinton’s running mate, Tim Kaine, is calling on Congress to add $320 million for Israeli missile defense to the Senate version of a defense appropriations bill.

Sens. Mark Kirk, R-Ill., and Kirsten Gillibrand, D-N.Y., are leading the effort, which would bring the Senate version in line with one from the House of Representatives. Kaine, D-Va., is among the 36 senators who have signed on, The Hill reported Tuesday.

President Barack Obama has threatened to veto similar legislation passed by the U.S. House of Representatives that would add $455 million.

In a letter to the Armed Services Committee chairmen and obtained by The Hill, the senators wrote: “Amid growing rocket and missile threats in the Middle East, it is prudent for the United States and Israel to advance and accelerate bilateral cooperation on missile defense technologies.”

The proposed increase in the 2017 National Defense Authorization Act would go toward three U.S.-Israeli missile defense programs and more purchases of Iron Dome systems, according to The Hill.

In June, when the House passed its appropriations measure, the White House released a six-page statement detailing over a dozen points of opposition, including the expanded funding for Israel’s missile defense system, to the tune of $455 million more than requested by the White House.

The statement threatened a veto if the bill survives the reconciliation process with the Senate unaltered, but administration officials would not say if that would apply should some of its objections be resolved, or if it was a blanket veto threat applying to every objection.

The administration “opposes the addition of $455 million” for Israeli missile defense procurement and cooperative development programs, the statement said, while noting that the bill cuts $324 million from non-Israel related defense systems.