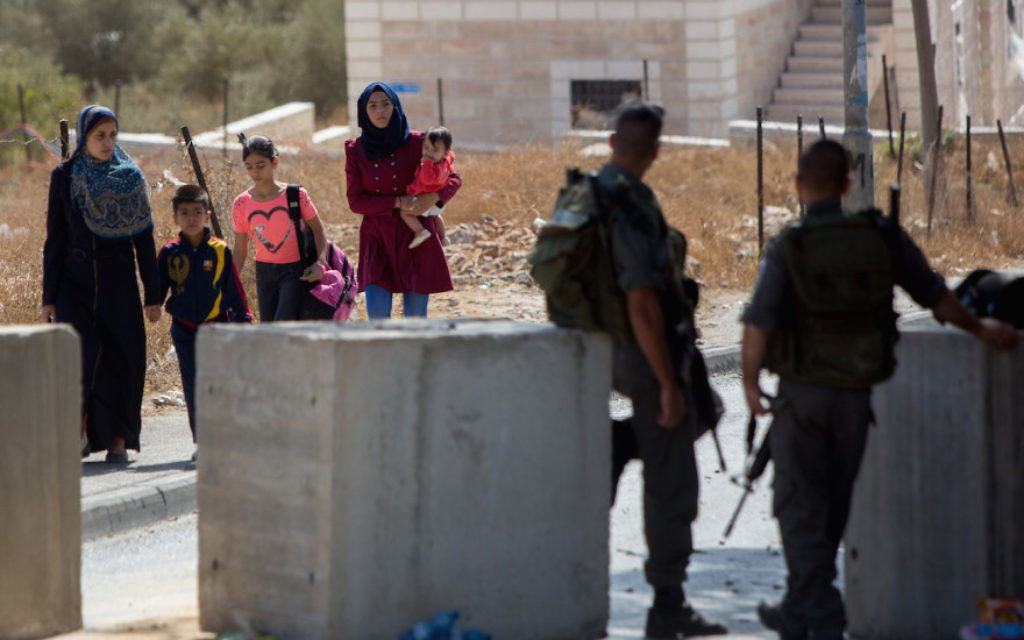 Jerusalem — Nearly three-quarters of Israeli Jews, 71.5 percent percent, do not view Israel’s control of the West Bank as “occupation,” a monthly survey found.

Exactly the same percentage of Arabs consider it an occupation, according to the May Peace Index survey of the Israel Democracy Institute released Monday.

Fifty-two percent of respondents answered that it was more important to have a Jewish majority in the State of Israel than sovereignty over all of the historical land of Israel, with 22 percent responding that sovereignty is more important, according to the survey.

On the U.S. presidential candidates, 62 percent of the Jewish respondents agreed that Donald Trump, the presumptive Republican nominee, will be “committed to safeguarding Israel’s security.” They were mostly split on this question about Hillary Clinton, the Democratic front-runner: “To what extent do you trust her that, if elected U.S. president, she will block any attempt to attack or isolate Israel?” Some 48 percent answered positively and 45 percent negatively, making it a statistical dead heat with the 4.1 percent margin of error.

However, the survey also found that 40 percent of Jewish respondents think it will be better for Israel if Clinton is elected, while 31 percent preferred Trump. Some 17.5 percent did not answer the question.

Asked “To what extent do you fear that you or one of the people important to you will be harmed in the current wave of terror attacks?,” 64 percent of Jewish respondents said they greatly or moderately fear it, a 5 percent decline from last month, when the same question was posited. Some 50 percent of Jewish respondents agreed that the current terror wave is in a downward trend, with 46 percent disagreeing.