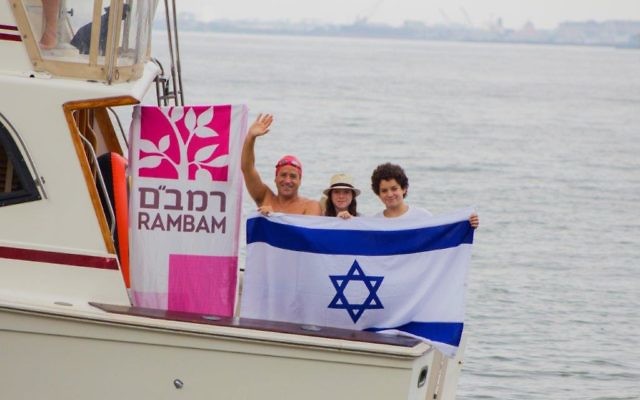 Guy Cohen, left, with children Noa, center, and Matan on the day of the swim. Judah S. Harris

On the evening of Sept. 2, 2001, 6-year-old Netta Cohen told her father, Guy, how excited she was about starting first grade the next day in northern Israel.

She had died as the bell in her school rang on her first day of classes. “She just dropped on the floor by her desk,” Guy Cohen said. EMTs could not revive her. Doctors attributed the unexpected death of the previously healthy girl, who had taken ballet lessons, to Sudden Cardiac Death (SCD), Cohen said. “Her heart just stopped beating. There’s no explanation.”

Sixteen years later Cohen, a one-time fighter pilot in the Israeli Air Force who now works as a metal manufacturing CEO, helps raise funds for SCD research — as an “ambassador” for the Rambam Medical Center in Haifa, which is doing ground-breaking studies on the disease.

Cohen, 52, is doing his fundraising as a long-distance swimmer. On Sunday he participated in the 20 Bridges Swim around Manhattan, 28.5 miles up the East River from Battery Park, then back down the Hudson to Battery Park.

He finished the course in a little under eight hours, placing first in the 50-plus age group in the multi-week event that is being staged for a dozen swimmers at a time throughout this summer. The money he raised — supporters pledge a certain amount for every kilometer he swims —brought the total he has brought to SCD research to more than $25,000 for the hospital’s Swim From The Heart campaign, he told The Jewish Week in an interview two days after his marathon swim here. 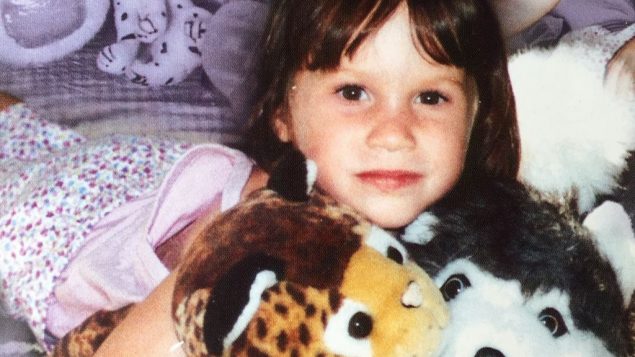 Cohen, trim with salt-and-pepper hair and swim trunks adorned with a large Magen David, was accompanied by three members of his family on a nearby escort boat outfitted with a large Israeli flag; he is the only Israeli entered in this year’s competition.

Netta is always in his mind: “That keeps me going. I’m sure she’d be proud and happy.”

A competitive swimmer in his youth, Cohen said he took up extreme swimming, including a 24-hour race along the Mediterranean, after conquering marathons and ultra-marathons, as a catharsis for dealing with his daughter’s loss. For 15 years, he said, he kept the pain “deep inside.” He keeps photos of Netta – whom he remembers as slight, shy, freckled — in his wallet, on his cellphone, at his desk, at his home. “I carry her inside. I cry a lot, when I’m alone.”

After he decided to take up long-distance swimming, he discovered that his coach, Ori Sela, had a connection to the Rambam hospital. Cohen volunteered to use his sport as a fundraising vehicle for SCD research.

In the water for hours, hearing only the sound of the waves and his churning arms, Cohen said he finds much time for thinking. “It’s basically like therapy,” he said. “You’re treating yourself.”

Netta is always in his mind, he said. “That keeps me going. I’m sure she’d be proud and happy” about the swimming he’s taken up for a good cause, he said.

The 20 Bridges swim is among three long-distance races that comprise the ultra-sport’s Triple Crown. The other two are the English Channel, traditionally the gold standard for endurance swimmers, and the Catalina Channel Swim off the California coast.

Cohen said he plans to do both in the next two years.

On Netta’s yahrzeit in early September, he will make his annual pilgrimage to her grave. In the Jewish tradition, he will leave there a small stone, this time one he picked up in Manhattan.