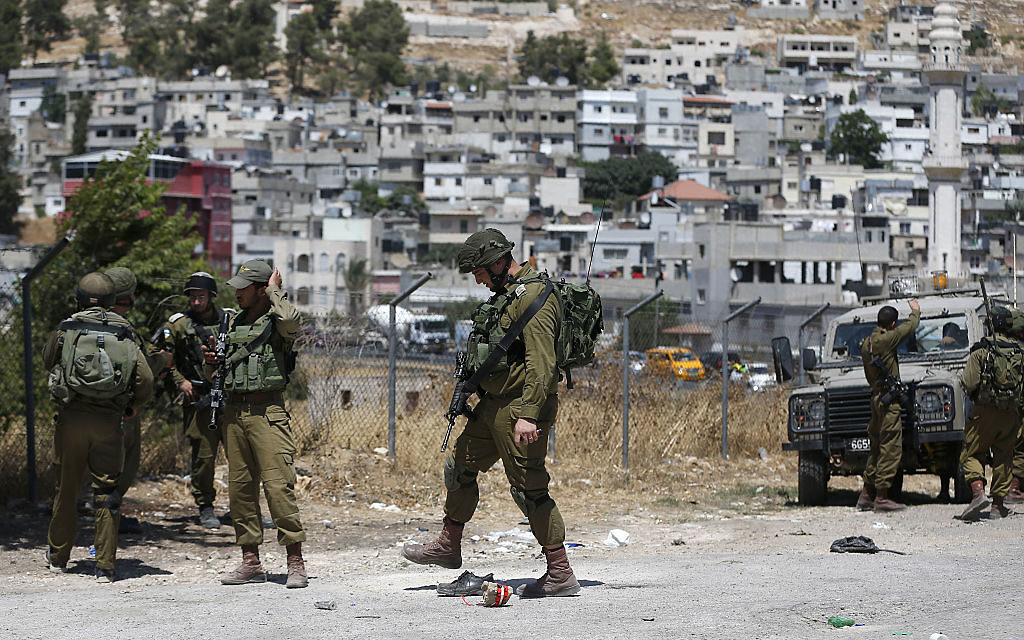 Jerusalem — Two Israeli soldiers were wounded in a Palestinian stabbing attack in the West Bank near Hebron.

The soldiers were stabbed with a screwdriver on Monday afternoon while carrying out a routine patrol on Route 60, a well-traveled West Bank thoroughfare, near the al-Aroub refugee camp north of Hebron. One of the victims shot the assailant, who reportedly is in serious condition in a Jerusalem hospital.

The attacker was also found to have knives in his possession, according to the Israel Defense Forces.

He was identified as Mustafa Baradiya from a village north of Hebron, the Palestinian Maan news agency reported. Baradiya’s brother, Ibrahim, was shot and killed by Israeli soldiers at the entrance to the refugee camp on April 14 while attempting to attack a soldier with an ax, according to Maan. The army confirmed Maan’s account.

Attacker is from village north of Hebron. His brother executed stabbing attack months ago in the same general area. https://t.co/EKbqZFVjzG

A Palestinian man in his 20s was stopped on Sunday morning while attempting to board the Jerusalem Light Rail with a bag containing pipe bombs that police said he admitted to planning to detonate.