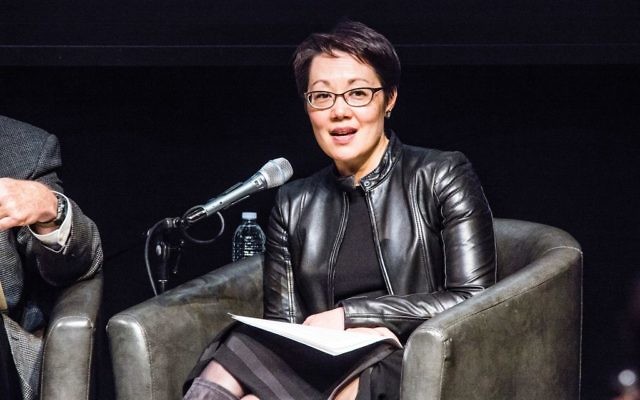 Rabbi Angela Buchdahl says “Israel is the hardest place for me to be a religious Jew.” Photos courtesy of JCC Manhattan/Koon Nguy

Mystics say the greatest miracle next to the splitting of the Red Sea was getting the sea to close, as if neither the sea nor most Israelites (who quickly built the Golden Calf and wanted to return to Egypt) could fathom life after miracles. And if the Six-Day victory over the modern Egyptians seemed every bit as miraculous as the Red Sea’s splitting, the “happy ever after” — even 50 years after — has proved elusive for some, ethereal for others.

Yehuda Kurtzer, president of the Shalom Hartman Institute of North America, in a letter introducing Hartman’s conference, “Six Days That Shaped 50 Years,” at JCC Manhattan, noted that this has been a year of historic quakes: the 100th anniversary since the Balfour Declaration; 70 years since the Partition Plan; and “most famously and controversially,” 50 years since the Six-Day War. It was a time, said Kurtzer, not only for prayer and activism, but for “study, reflection, dialogue and debate,” the kind of learning that “allows for continued diversity in forms of resulting political expression.” Before the miracle of June, May felt, to those who lived through it, like a slow boxcar ride to Auschwitz, only to have the doors open in June to a messianic rainbow.

Yossi Klein Halevi, senior fellow of the Hartman Institute in Jerusalem, in his keynote address, remembered the prelude to war, the Arab riots of May, screams and placards threatening “Death to Israel,” “Death to the Jews,” along with ominous skulls and crossbones. He remembered the sense that “the Holocaust had not exhausted” the genocidal impulse. He remembered that not one nation, neither democracy nor dictatorship, would support Israel with even words. It occurred to Halevi, then a teenager in Brooklyn, “how thoroughly alone we were.” The United Nations withdrew its peacekeeping force from the Sinai at Egypt’s insistence, despite the promises to Israel in 1956, and the teen realized “the worthlessness of international guarantees.” 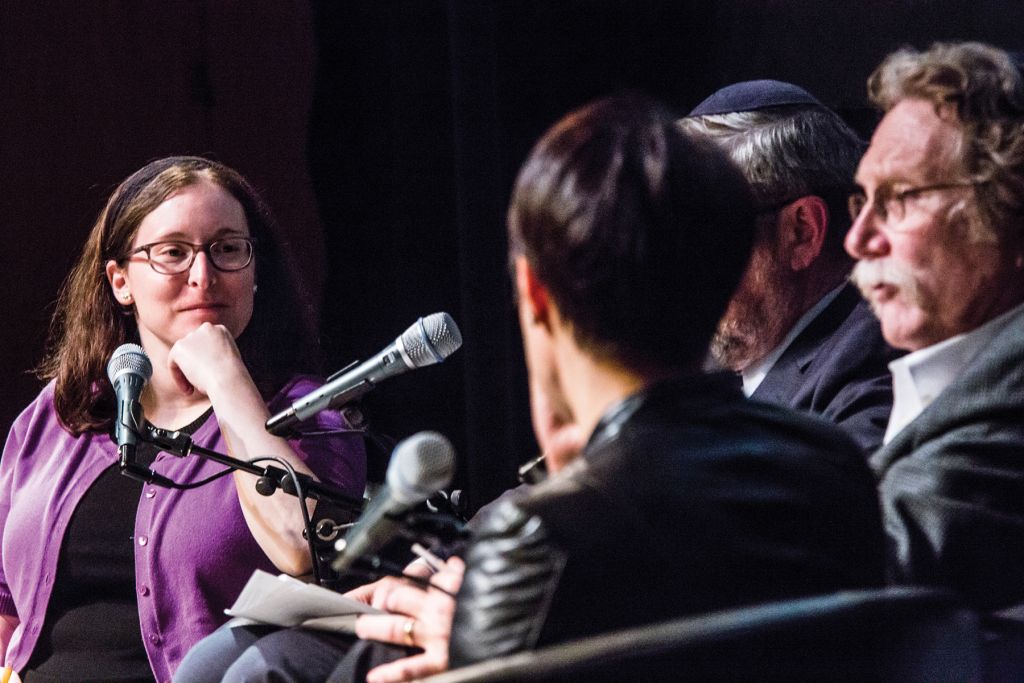 Elana Stein Hain says of Jerusalem, “We need to deserve it in order to have it.”

A second Holocaust seemed in the offing. And then, in June, not only victory but a near-messianic rescue. Prior to the war, said Halevi, not a single significant Jewish holy site was in Israeli territory, and suddenly there was this great return. Israeli Jews poured into Jerusalem to see it again after 19 years, and American Jews travelled to Israel as never before, needing “to touch Israel’s radiance.”

The radiance didn’t shine on all Jews equally. Rabbi Angela Warnick Buchdahl, senior rabbi of Central Synagogue, was among those who had to work harder to find her place in Israel. Harder because she’s a Reform Asian woman rabbi in an Israel where the state’s Chief Rabbinate is Orthodox. Daughter of a Jewish American father and a Korean Buddhist mother, Rabbi Buchdahl nevertheless said, “I’m definitely a rabbi because of Israel,” citing trips to Israel that enhanced her sense of being “part of the Jewish people … that feeling of instant connection and home. When I come to Israel, I am more awake and alive in that place than anywhere else.” At the same time, “Israel is the hardest place for me to be a religious Jew.” Aside from her halachic status, as the child of a non-Jewish mother and having a non-halachic “reaffirmation-style” conversion, Rabbi Buchdahl said, “to be a religious Jew, in the way I define it, my observance of the living tradition, is not really recognized by the State of Israel. It’s one of the only places where I couldn’t have a wedding or conversion [that she officiates] recognized in the way it would in many other parts of the Jewish world.” Nevertheless, Rabbi Buchdahl defined herself as a “religious Zionist.”

Strange, Rabbi Buchdahl said, “In some ways, I [became] a religious Jew because of Israel, yet Israel is the hardest place for me to be a religious Jew.”

A native of Pakistan, Umair Kahn, treasurer of the Muslim Bar Association of New York and deputy counsel to the city’s public advocate, Letitia James, as well as a fellow with the Hartman Institute, knew a different Jerusalem. He recalled an early visit to the Al Aqsa Mosque for morning prayer. “We walked up the stone streets … the sun was just beginning to peek, we could see birds circling round the Dome of the Rock… it was so serene.” At times, in the Dome of the Rock, he would walk down the few stone stairs to the Well of the Souls, “just praying, quietly.” Walking back to his hotel, “We’d see Orthodox Jewish men coming for their morning prayer. You realize how we share this space; to see people going to observe their faith with such devotion, it’s something I appreciate.”

She spoke of a passage in Talmud Brachot in which a man stops to pray “in the ruins of Jerusalem.” Elijah asks the man, “What did you hear in this ruin?” The man says, “I heard a Divine voice, cooing like a dove,” speaking of His children’s exile and how when they enter schools and prayer halls and answer “Yehai Shmai Rabba,” then “Happy is the King … .”

In these passages, said Hain, we see “Jerusalem is the home of God. God is there,” even in a destroyed Jerusalem.

“I would like to see a Jerusalem Day that says, ‘We don’t have Jerusalem because we deserve it; we need to deserve it in order to have it.’”

She said she was trying to do something “a little bit more nuanced” than just talking about reunification and celebration or occupation and protest. Better, “Let’s understand what having Jerusalem means to us.”

Hain said, “I would like to see a Jerusalem Day that says, ‘We don’t have Jerusalem because we deserve it; we need to deserve it in order to have it.’” On Yom Yerushalayim, “I’m so excited to say Hillel for the reunification,” but the possibility of “triumphalism,” “arrogance” and “forgetfulness … is incredibly dangerous.” Jerusalem “is ours by dint of our actions and our actions must speak for us.” 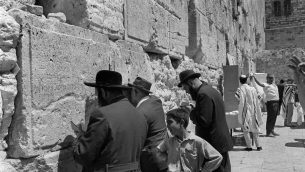 Ultra-orthodox Jews pray 09 June 1967 at the Wailing Wall in Jerusalem after the IDF conquered over Jordan the eastern part of the Holy City. Getty Images

As for the “Jerusalem of Loss,” Hain asked, “How many, when thinking of Jerusalem, and actually having the city of Jerusalem, remember all the people who didn’t have it? How many… think of all the generations that didn’t have it,” or “don’t have it. How do you keep that sense of loss alive,” in a new generation that doesn’t remember 1967? “On the one hand we must keep alive the sense of loss, never forgetting that [terrible] things happened [to us], that people suffered, and never take for granted what we have. On the other hand, how do we keep the sense of loss from becoming a desire for revenge?” The military’s self-defense and deterrence, she hastened to add, is necessary, not revenge.

“Let’s celebrate a Jerusalem that makes demands,” said Hain, even as it challenges our ability to balance the responses to the Jerusalem of responsibility, loss and hope without being overly naïve, overly triumphalist or overly self-effacing. “Too much of an emphasis on any one of them,” she said, “will get us into trouble.”