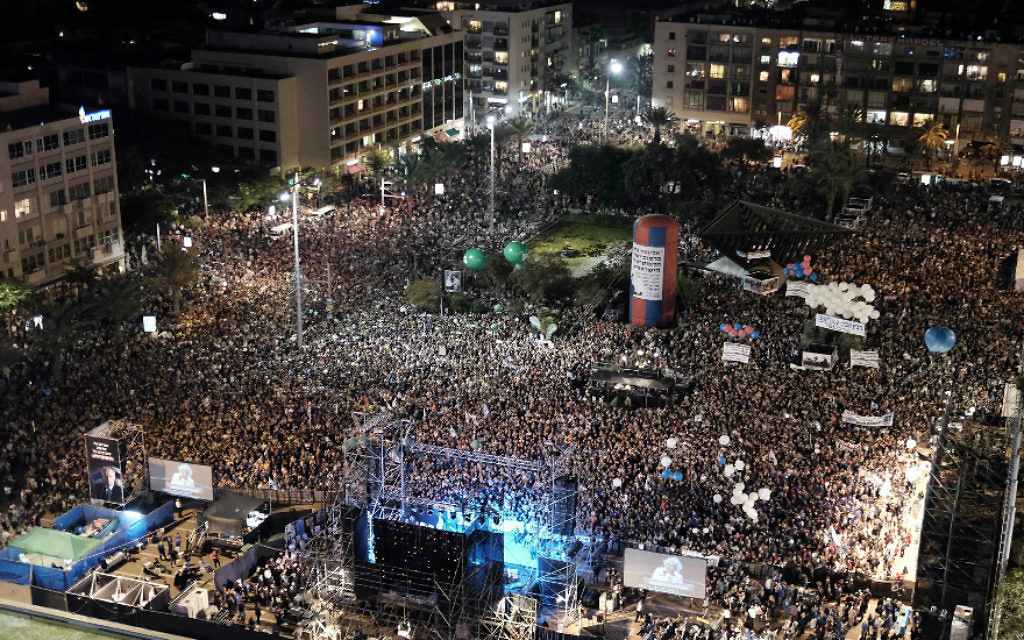 In a video message, Obama called Rabin a leader who “understood the dangers Israel faces, but he also said the Palestinians are not to be ruled over forever by force.”

“Yitzhak speaks to us still,” Obama said. “Let us demonstrate that we oppose violence and extremism of any kind, and let us exhaust every opening for the peace we know is just and possible.”

“Israel’s democracy has not ceased to realize its strength and resilience,” he said at the rally.

On Saturday night at the plaza bearing Rabin’s name, Clinton praised Rabin’s willingness to take risks for peace and exhorted the crowd to finish his work. Clinton guided Israeli-Palestinian negotiations when Rabin was prime minister that led to the Oslo Accords in 1993.