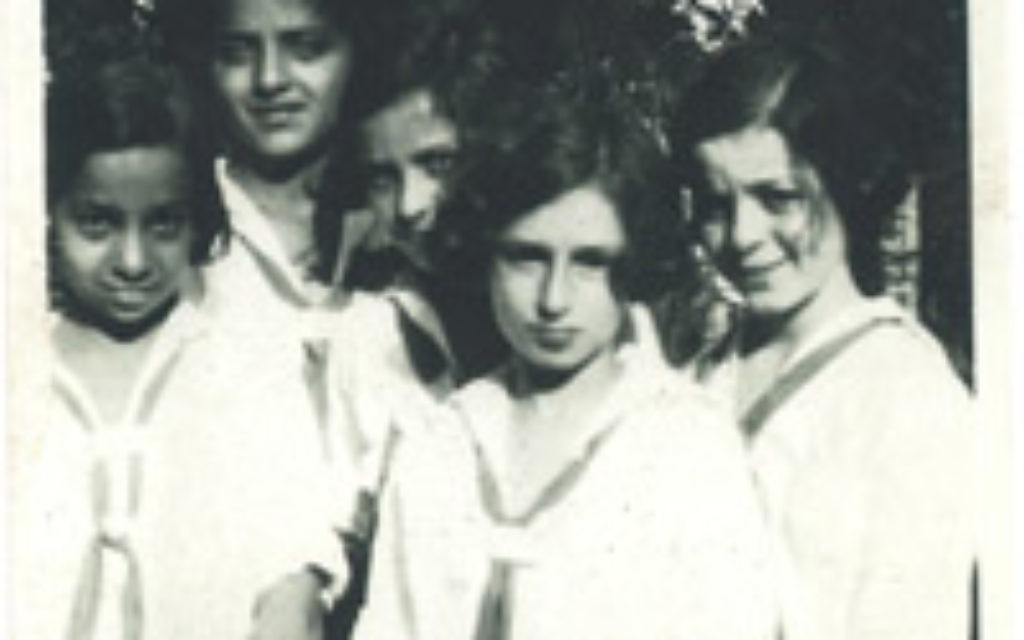 Rabbi Rhonda Nebel was in the second grade when she became a Brownie Girl Scout and by the ninth grade she had earned her First Class badge, the highest award at the time in Girl Scouting.

Not surprisingly, when her daughter entered the second grade, Rabbi Nebel started a Brownie troop at her school, the Solomon Schechter Day School of Suffolk County. (The school closed in 2008.) It started with 13 girls from the school and the surrounding area.

Rabbi Nebel, spiritual leader of Temple Beth Chai in Hauppauge, a Conservative synagogue, said she started the troop because there were none in the area that observed the kosher laws and the Sabbath. In subsequent years the troop held its meetings at her synagogue and in the last three years at her home. Her daughter and three other girls are still in the troop, and each is now working on earning their Gold Award, now the highest in Girl Scouting.

“It’s one of the best things a girl can do because of the leadership qualities it builds, along with a sense of responsibility,” Rabbi Nebel said of the Girl Scouts. “There was a time when they were waffling about continuing [in the Scouts], but they now realize the importance of it. It’s a big leg up for college entrance admissions. It shows commitment and community service.”

As Girl Scouts mark their centennial this weekend, Jews in Savannah, Ga. — where Juliette Low founded the Girl Scouts in 1912 — are celebrating their community’s involvement from the very beginning. In fact, three troop leaders in the Scouts’ first year were members of Savannah’s Congregation Mickve Israel, the third-oldest synagogue in the United States. One of them, Leonora Amram, even served on the first Girl Scout Council, and another, Mildred Guckenheimer, later became its secretary.

Congregation Mickve Israel last month unveiled a yearlong exhibit about Girl Scouting that stresses the shared values of Judaism and scouting. And this weekend its members are running tours and a scavenger hunt, and providing an opportunity for girls to receive a “Shalom Y’All” Mickve Israel Girl Scout patch complete with the synagogue’s crest.

Although none of the first Girl Scouts are still alive, several women who were Girl Scouts in the 1920s and 1930s are expected to be in Savannah for this weekend’s celebrations.

Girls visiting Savannah this weekend may also have a chance to bake Girl Scout cookies using the oatmeal recipe originally used by Gottlieb’s Bakery in Savannah in 1936. Although the Girl Scouts decided in 1930 to sell cookies to raise funds to send girls to summer camp, the cookies were initially made only in Philadelphia and Texas. They proved such a success that nine local bakeries across the country were called upon to make them commercially, and Gottlieb’s Bakery was chosen to make them for South Carolina and the Savannah area.

“They actually had a cookie contest to decide which bake shop to choose,” said Teresa Victor, a member of Congregation Mickve Israel’s commemorative committee. “We have a photo of little girls and their dads doing the taste testing to see which place would furnish the cookies. And we have a copy of the order when Gottlieb sold 7,697 bags, each containing a dozen cookies, to the Girl Scouts.”

The Gottlieb family belonged to the local Orthodox synagogue in Savannah, B’nai B’rith Jacob. Both Isser Gottlieb and his father, Elliot, ran the bakery, which Isser closed about 20 years ago. Victor said Gottlieb’s might have made the only kosher Girl Scout cookies during those early years.

On display in the synagogue exhibit are love letters Elliot wrote to his wife-to-be, Sarah, when she was living in Birmingham, Ala. In the letters, he writes about baking the oatmeal Girl Scouts cookies.

The development of preservatives allowed Girl Scout cookies to be mass-produced, and today two companies, Little Brownie Bakers and ABC Bakeries, make the celebrated cookies. Jill Tanney, president of the National Council of Jewish Girl Scouts, said the cookies have been kosher for more than 40 years.
“They didn’t start out kosher, but they ended up being kosher” to increase sales, she said.

Since its founding, the Girl Scouts has enlisted more than 50 million girls. Currently, there are 3.5 million Girl Scouts from kindergarten through 12th grade.
The first Jewish Girl Scout award came in 1945 with the creation of the Menorah Award for Intermediate Girl Scouts.

“There are more than 100 women who represent the Jewish committee,” noted Tanney, who added that she has no figure on the number of Jewish girls in scouting today.

“By 1972 we had a lot of people requesting religious recognition [awards] for Jewish girls, what the Boy Scouts call emblems of faith,” Tanney said.

There are now four recognition Girl Scouts awards for Jewish girls (either the girl, one of her parents or a grandparent must be Jewish for the girl to be eligible to earn the award). The Lehavah (Flame) Award is for girls in the second and third grades, the Bat Or (Daughter of Light) Awards is for those in the fourth through sixth grades, the Menorah Award is for seventh through ninth-grade girls, and the Or Emunah (Light of Faith) Award is for those in grades 10-12.

As they earn each of the first three badges, the girls learn about the Jewish holidays and festivals, the Torah, the synagogue, Israel, ethics, heritage, the Jewish calendar and arts. The last award, according to the committee, is “value centered” and feature meaningful activities that will “increase knowledge and experience within the context of Jewish living.”

“Learning sheds light on one’s heritage and brings understanding to one’s life,” according to the committee. “When she has completed this award, the Jewish Senior Girl Scout will have developed a deeper understanding and greater appreciation of Judaism.” In addition, the committee bestows the Ora Award on adults who have given outstanding service to Jewish girls in Girl Scouting or who have extended Girl Scouting in the Jewish community.

Tanney said the requirements for the Menorah Award are being updated to include new material in the bibliography of books and resource material to be consulted.

“In learning about their Jewish religion and heritage, the girls can work with their family, cantors, rabbis and Jewish educators so that by the time they are finished earning them all they have a better insight into their place in the world as a Jewish girl,” she observed. “Not every girl has access to the same information. They might not live near a temple or Hebrew school, so this is their connection to their faith.

“There are families in which the last practicing Jew was the grandparents, or where one parent is Jewish and the other is not. Sometimes we get thank-you notes from parents who say they didn’t know how to give the information to their daughters and that they were glad we were here. One woman wrote to say that because of us, her daughter had contacted her grandparents to learn more about her Judaism and her roots.”

Rabbi Nebel said that each April her troop is invited by the Suffolk Jewish Committee on Scouting to join the Jewish Boy Scouts on a Jewish retreat from Friday to Sunday.

Her daughter, Samara, 15, said she liked scouting because it “helps develop social skills and life skills, and teaches you values like independence and responsibility.”

Alison Kamel, 15, also of Hauppauge and a member of Samara’s troop, said she joined the Girl Scouts two years ago because she “likes the girls.”
“I’m Jewish and I don’t keep Shabbat and I’m not kosher, but I do spend a lot of time in temple and I’m getting used to being in that environment,” she said. “I love it. It has a good work ethic, and we get to do things to help the community.”

Samara Nebel pointed out that one year the troop made bags filled with toothbrushes, stuffed animals and other items and donated them to children who were displaced by Hurricane Katrina.

“It was nice to help people, and you felt proud and a sense of concern for the community,” Samara added. “I learned so much from scouting and would want my kids to learn just as much as I did. … I don’t think you can get the feeling you get from Girl Scouts anywhere else.”